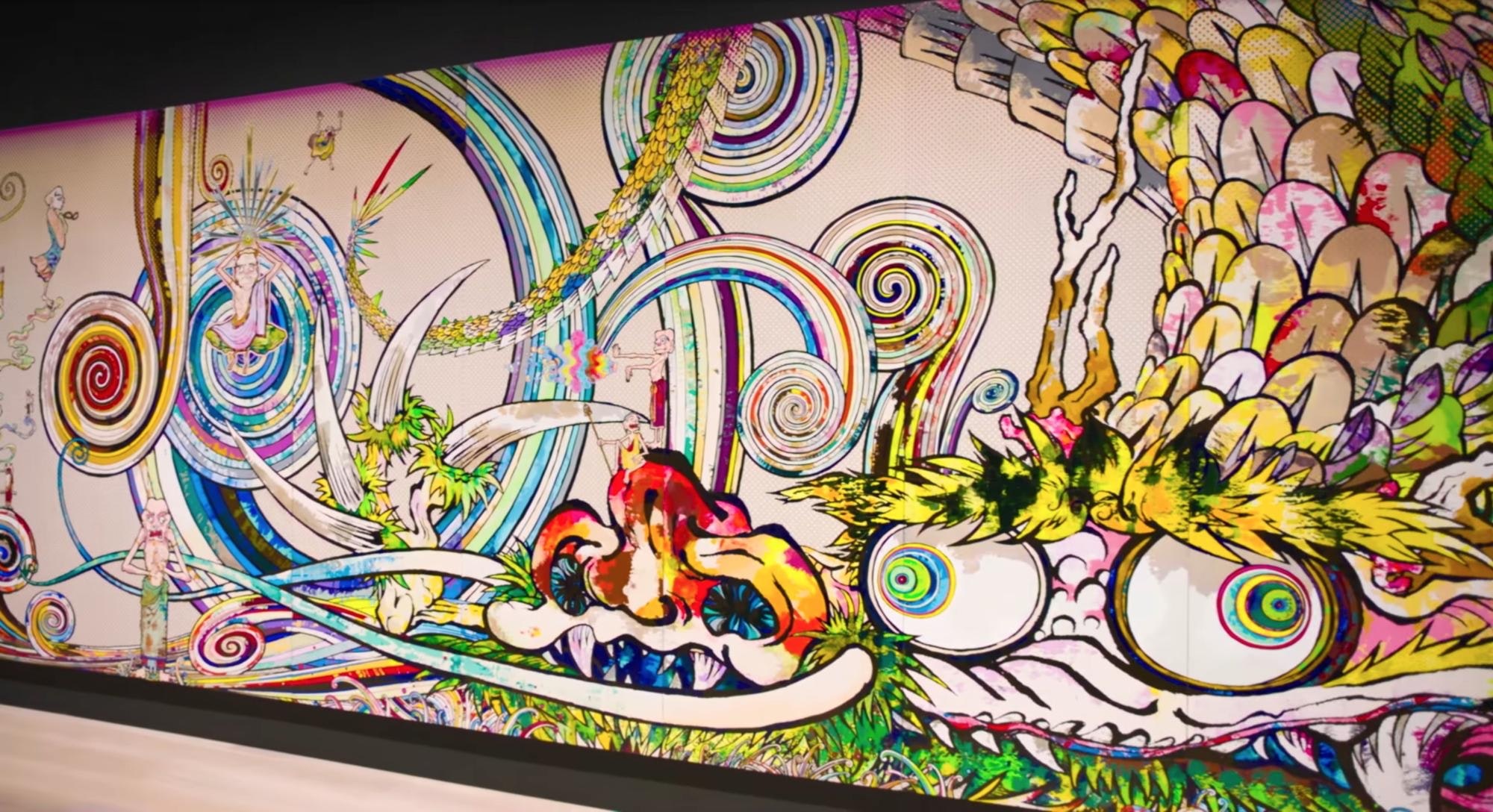 This video in this article will introduce “Takashi Murakami’s The 500 Arhats”. The special footage is produced by the official Mori Art Museum.

Who is Takashi Murakami?

Takashi Murakami, is a contemporary artist who has made many pop art pieces.
Along with his accomplishments as a pop artist, he is also the CEO of Kaikai Kiki Co. Ltd., and acts as a curator, and collector, as well as a film director.
He is also the chairman of the contemporary art fair “Geisai”.

In recent years, having had a cameo in the movie “Star Wars” also created a small buzz.
His younger brother, Yuji Murakami, has also produced works as a pop artist.

Takashi Murakami’s famous artwork is “Flower”, known for its cute smile.
The flower motif has been turned into products such as pillows (the flower pillow), key-chains, posters, and sticker packs and sold in shops. Also, his collaboration with the world-famous brand Louis Vuitton is another hot topic of discussion. His widely known work, the life-sized figurine “My Lonesome Cowboy” was auctioned abroad for 1.6 billion yen.

Takashi Murakami is also largely influencing the anime subculture, also referred to as "Otaku" culture.
Over the recent years, he has been doing exhibitions, such as the Doraemon poster exhibitions, and also creating works as a “Superflat” artist influenced by manga, anime, and media that is representative of modern culture.

What Is the 500 Arhats Exhibit

In the above footage you can see the large-scale exhibition of Takashi Murakami that was held at the Roppongi Hills Mori Art Museum.

What we can see around 1:23 and 2:02 in the video is a massive one-hundred-meter-long painting.
It is a powerful piece that revived rakanzu, by Nagasawa Rosetsu and Kano Kazunobu, artists from the Edo period (1603-1868), as modern art.

Summary of Takashi Murakami’s “The 500 Arhats”

Takashi Murakami’s exhibitions have been held in Tokyo and Kyoto as well as cities such as New York and Qatar.

If this article has made you interested in Takashi Murakami, we recommend checking out his Instagram or visiting one of his exhibitions yourself. If you haven't watched it yet, don't forget to check out the video introducing The 500 Arhats exhibition as well!