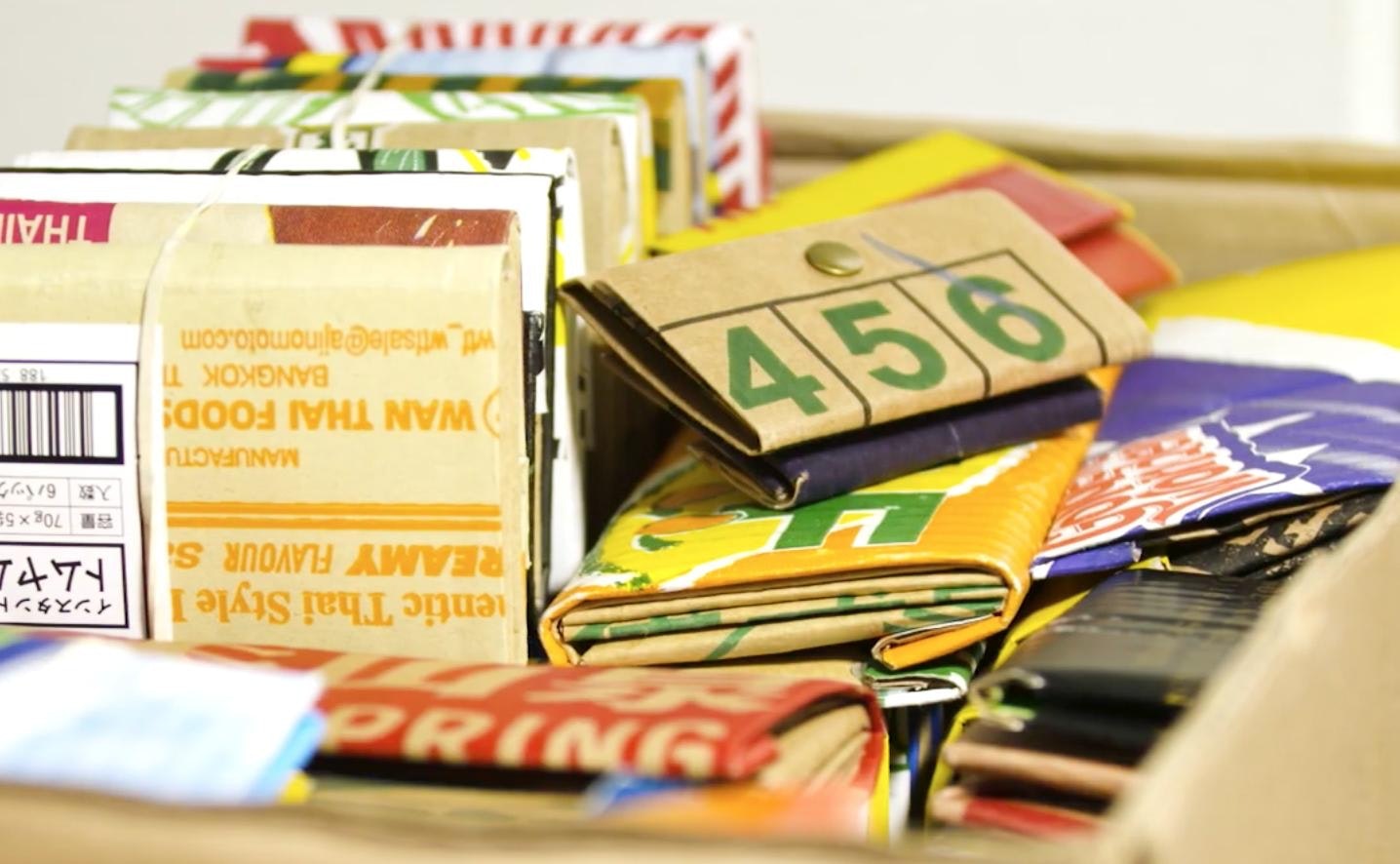 Check Out the Video of the Cardboard Artist Fuyuki Shimazu!

The video we introduce this time is "Peeping in 2.0 From Trash to Treasure. The Cardboard Artist Traveling Around the World, Fuyuki Shimizu."

When most people hear the word “cardboard”, they probably think of some useless boxes left over from moving.
Fuyuki Shimazu however, creates various cardboard items with original ideas based on the concept “From trash to treasure”.
This time, we'll introduce the activities of the cardboard artist Fuyuki Shimazu in detail.

Fuyuki Shimazu, the Cardboard Artist Introduced in the Video

What made Fuyuki Shimazu interested in cardboard was something that happened when he was a student at Tama Art University.

Since his wallet was ragged and he had no money to buy a new one, he made a cardboard wallet by using some cardboard he found.
Since then, Fuyuki Shimazu has started making card cases, coin purses, clutch bags and so on, using unneeded cardboard as materials.

You can see these products made from cardboard at 0:17 in the video.
Fuyuki Shimazu, a cardboard artist, introduces his works on his Instagram and online sites, and widely introduces the appeal of cardboard art at workshops.

The Charm of Cardboard Art

In 2018, a documentary film introducing the activities of Fuyuki Shimazu, titled “Travelling Cardboard” (English title “From All Corners”) was released and it became a hot topic.
Also in January 2019, he was introduced as a cardboard artist on the TV program “ Arashi-ni-shiyagare” that the popular pop idol group “Arashi” appears on. In the TV program, Satoshi Ono, one of the group members of Arashi, had a go at making a cardboard wallet.
Fuyuki Shimazu is drawing attention from a wide range of people as a cardboard artist.

Fuyuki Shimazu, the cardboard artist featured in the video, sells his work on his own website called "Carton."
Prices start at 15,000 JPY (as of February 2020).

There is also information about the workshop where you can learn how to make cardboard art.
In Amazon and other sites, you can buy his book “How to make Shimazu Fuyuki's cardboard wallets” which comes with a cardboard wallet pattern.

If this article or video has you interested in the activities of the cardboard artist, or you want to buy one of his works, be sure to check out his website.