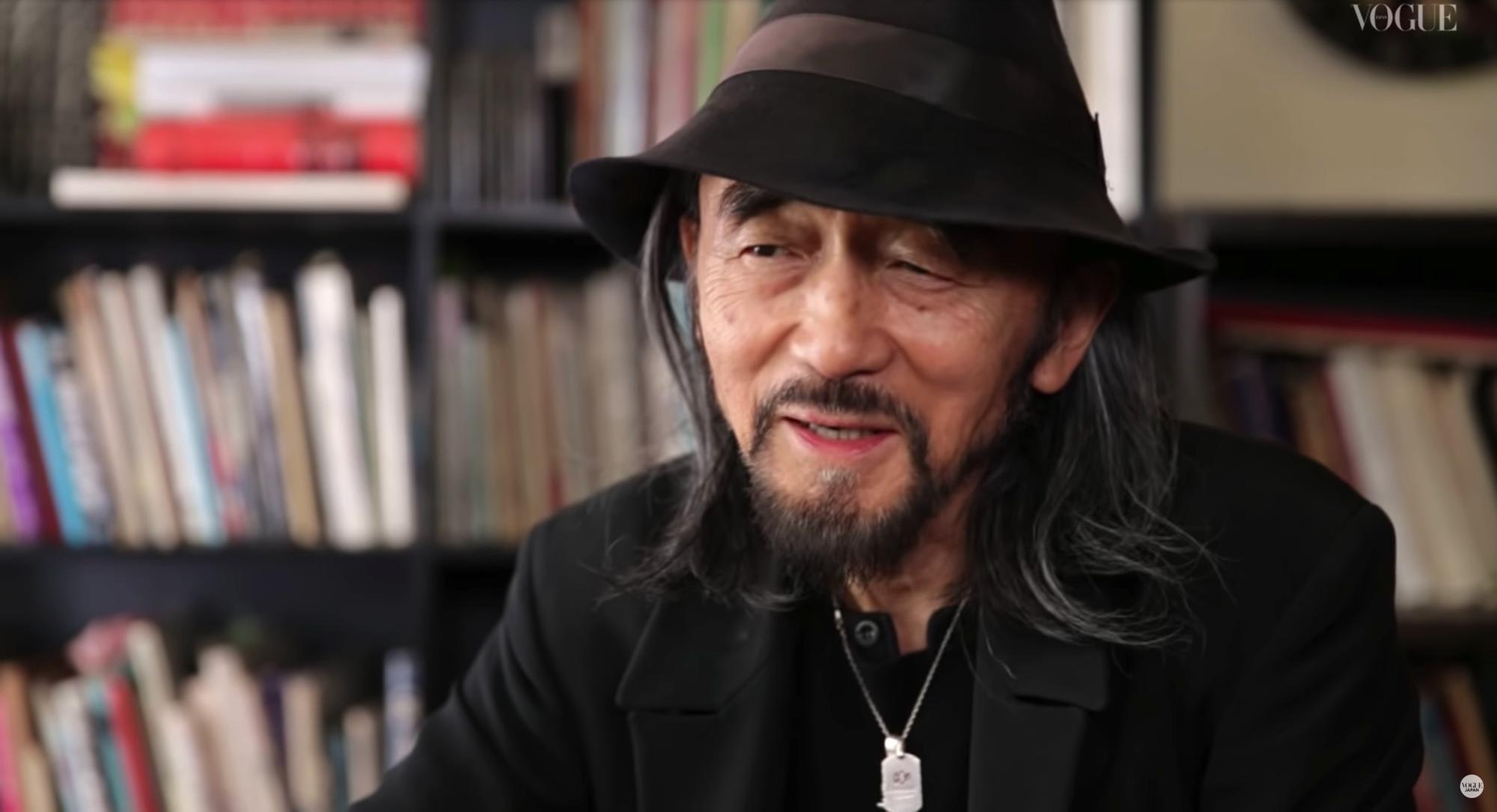 A Special Interview With Youji Yamamoto!

Youji Yamamoto, featured in the video, is a designer who has been at the forefront of fashion since 1981, continuing to show off his collections in Paris.
It's even said that there's a new Youji Yamamoto craze happening among the younger generation today.
At 1:18 in the video, we're introduced to the model Kozue Akimoto.

In addition, at 1:25 in the video,Naoki Kobayashi, a popular member of "The Third Generation J SOUL BROTHERS is also introduced.

Who is Youji Yamamoto?

Youji Yamamoto is a designer born in 1943, and as of June 2020, he is 76 years old.
After studying fashion at the Bunka Fashion College, he became interested in prêt-à-porter (high-quality ready-made clothing) after receiving the Soen and Endo awards.
In 1977, he made his debut with East Collection (Tokyo Collection), attracting worldwide attention for his innovative designs.

Youji Yamamoto later married a woman who was a patterner for his brand "Youji Yamamoto."
His daughter, Rimi Yamamoto, is also active as a designer for her own brand.

The Activities of Youji Yamamoto

As the saying goes, "The 20th century was an era of design," and Youji Yamamoto is credited with creating a number of innovative designs.
His fashionable, age- and height-neutral collection of fashionable, "mode-style" clothing has captivated many fans.

Youji Yamamoto is known as a dog lover, and he has designed clothes with his dog as a motif.
He is also involved in the design of items such as hats and accessories.
In 2015, he began trying new activities, such as a collaboration collection with Adidas for the tennis French Open.

The Youji Yamamoto brand featured in the video is available in stores in Japan as well as online.
In addition to the men's line, you'll find plenty of women's items as well.

If you want to learn more about Youji Yamamoto's activities, you can check out the NHK program featuring him or check out his fashion books.