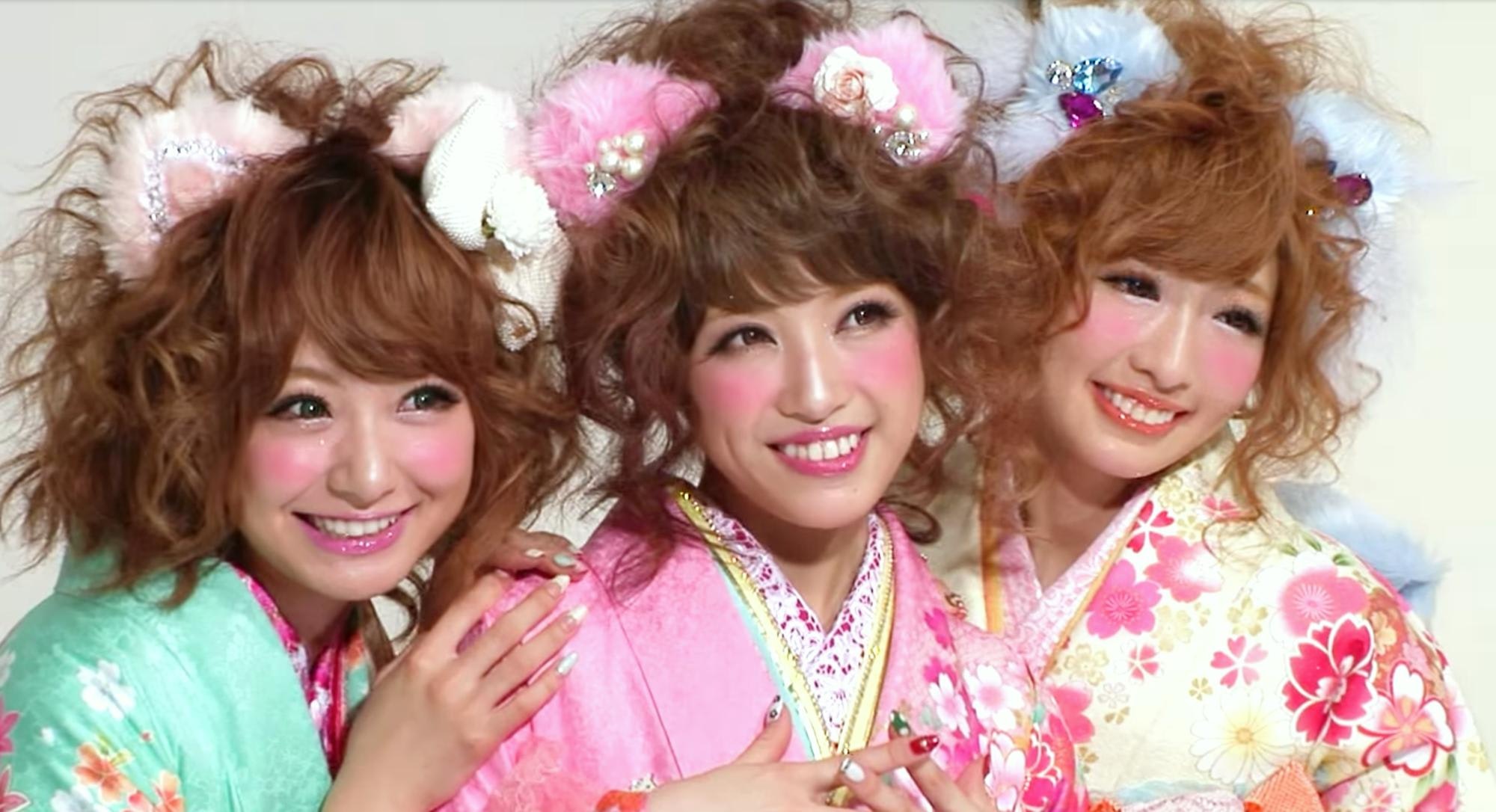 This video introduces "The making of the Popteen cover（人気ギャル雑誌『Popteen』の表紙ができるまで！）".

Popteen is a teenage fashion magazine published by the Kadokawa Haruki Corporation.
The first issue was published in 1980.
These three gorgeous girls in kimono appearing in the video made the cover of the 2012 January issue.
The video captures their cover photo shoot scene.
This article is to introduce the Gyaru culture and reader models alongside the video.

What Are Reader Models?

The models who appear from 0:37 are Mizukitty (Mizuki Nishiyama), Kumikky (Kumiko Funayama) and Pikarin (Hikari Shiina).

They were the active reader models for Popteen when the video was made in 2011.
Many of the former Popteen models, such as Moe Oshikiri, Nicole Fujita, Tsubasa Masuwaka, and Rola, later made a success break into the TV industry or got a big break as an exclusive model or even an actress, and have been active to this day.

How Did They Become Models?

In many cases, they became models after being recruited by a magazine editor while walking down the streets of Shibuya or Harajuku.

These three cover girls also used to be just ordinary teenagers who hung out in Shibuya or Harajuku.

Shibuya and Harajuku are the epicenter of Kawaii culture.
These areas represent Japan's youth culture, and serve as the source of numerous teen slang such as "Agepoyo" which is slang to describe that you're pumped up or excited about something.

The magazine Popteen plays a leading role in Japanese teen culture.
The freebies attached to the magazine is another reason for its popularity among teens who need to have the latest fashion.

The Summary of the Popteen Cover Shoot Video

This article introduced the Popteen cover photo shoot, and the role that the magazine plays to inspire the Gyaru culture.
Dressed in the gorgeous kimonos, the models with Gyaru makeup do kawaii poses, as seen from 0:16.

The actual magazine cover appears at 2:04.
Check out the latest issue of Popteen if you like Kawaii culture or want to get inspired by cute charismatic reader models.