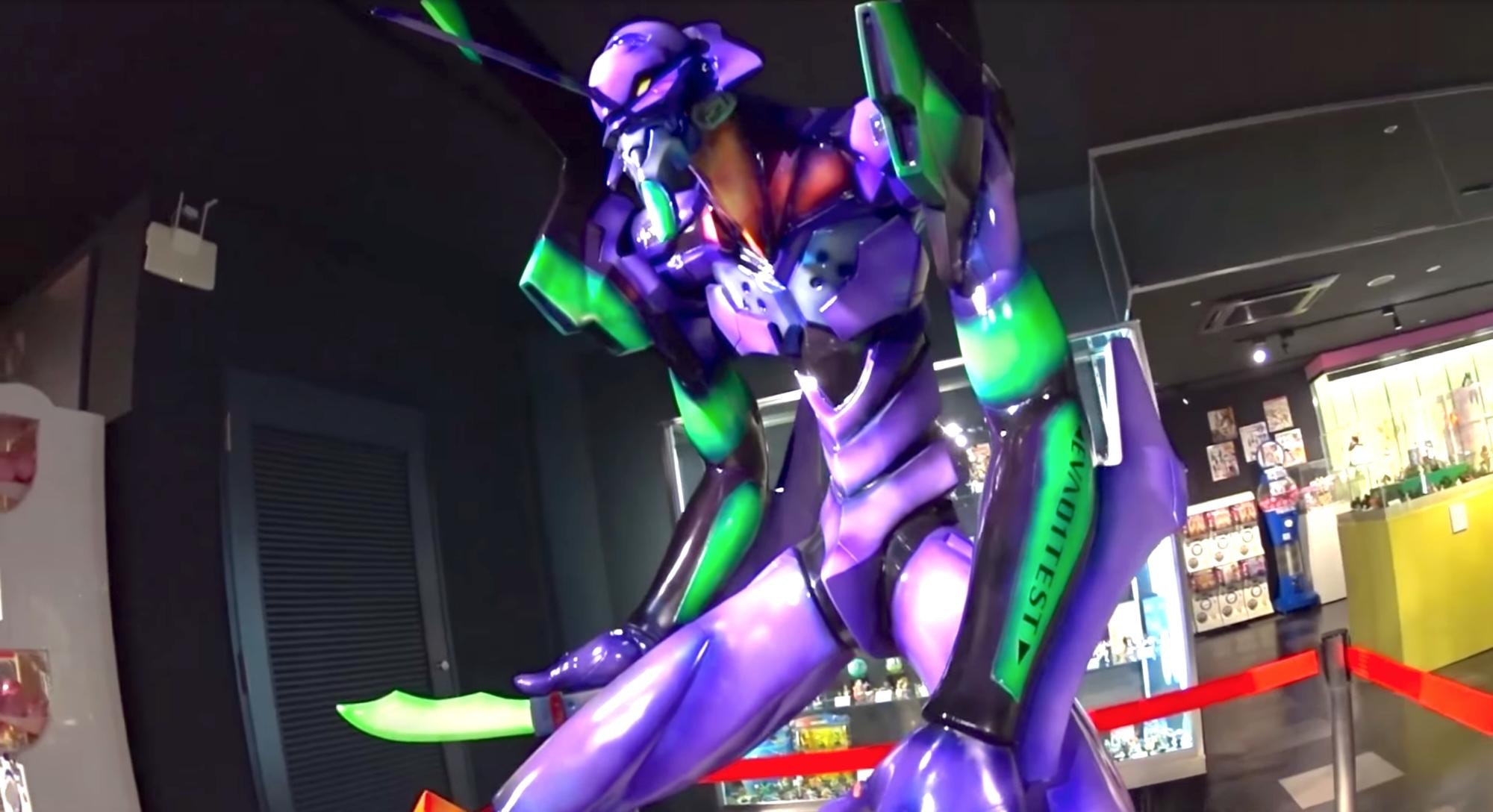 This is the introductory video ofthe Kaiyodo Figure Museum（海洋堂フィギュアミュージアム龍遊館はフィギュアがいっぱい） created by Nyanta8355. It shows the inside of the world’s first museum specializing in figures.

Visitors can walk around the museum while looking at colorful and artistic figures, such as a huge triceratops and anEVA. Take a look at the video and see what it's like!

About Kaiyodo: The Creator of Kaiyodo Figure Museum

Kaiyodo is the largest figure production company in Japan.
Founded as a small model shop in Osaka in 1964, it is now globally known for its elaborate figures and 3D modeling.

Kaiyodo has produced many hit figures, such as Kenshiro and Raoh from Fist of the North Star (北斗の拳, Hokuto no Ken), the Evangelion series, Nausicaa of the Valley of the Wind, Megurine Luka, Fate/stay night, small toys from the Japanese animal series Chocolate Eggs, Godzilla, the manga Phoenix, Pokemon, figures of cute girls, and more.

Kaiyodo Figure Museum is located in Kurokabe Square, a sightseeing spot in Nagahama, Shiga Prefecture. It is the world’s first figure museum, focusing on diorama exhibitions.
As you can see from 0:07 in this video, Kenshiro and Daimajin welcome guests at the entrance.

After stepping into the museum, you enter a world full of figures, which leaves fanatics excited from the get-go.

Of the many figures in this museum, the most eye-catching figure is the huge triceratops lying down in the center of the floor.
As you can see in this video, many elaborate figures are lined up in this museum.

In addition to figure displays, the Kaiyodo Figure Museum has its museum shop and capsule toy booth, where you can buy souvenirs.
Also, visitors are permitted to take photos in the museum! You can also visit the Kaiyodo Capsule Toy Museum close to this museum.

Opened in 2005, the Kaiyodo Figure Museum is currently under renovation as of February 2020, and is planning to reopen again in the summer of 2020.
During this renovation, you can still enjoy its displays at the Nagahama Art Center.

Admission fees of the Kaiyodo Figure Museum are 800 yen for adults and 500 yen for elementary and junior high school students (as of February 2020). Each admission fee includes one capsule toy. You can stay in the museum for about one hour.
It takes about five minutes to walk to the museum from Nagahama Station (長浜駅) off the JR Hokuriku Main Line. The museum doesn’t offer parking lots, so please park your car at pay-to-park lot nearby.

Overview of the Kaiyodo Figure Museum

Before visiting this museum, you should first watch this video to see how awesome its figures are.

In addition to what the video says, Kaiyodo Figure Museum offers some figure workshops, where you can try painting figures, creating dioramas, and so on. (*The workshops are walk-up and subject to fees.)
Please enjoy wandering through a space full of figures of nostalgic toys and your favorite characters!