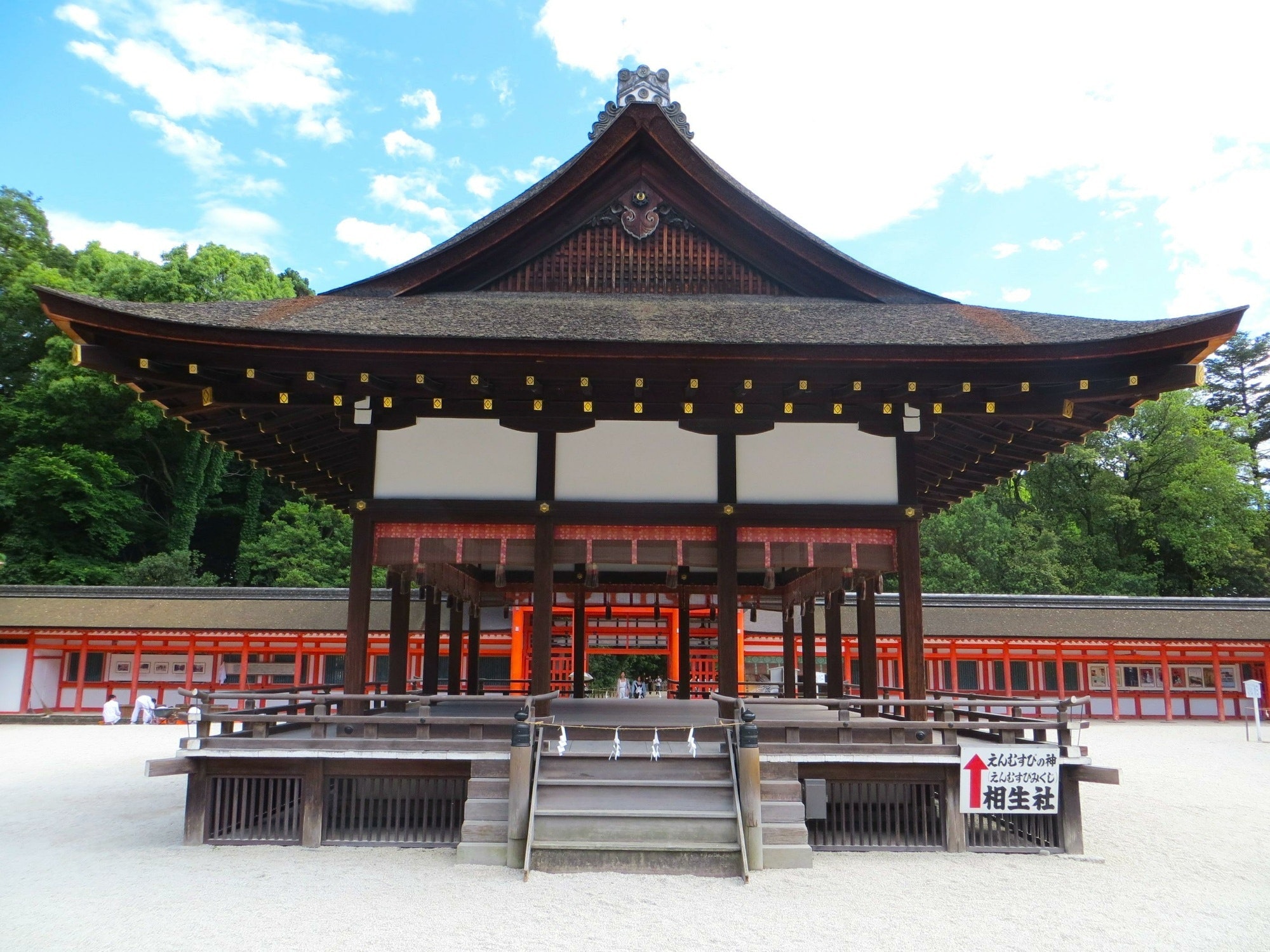 The majestic atmosphere of the grounds is great for taking Instagram pictures!
The historic Shimogamo Shrine has been selected as a World Heritage Site under "Historic Monuments of Ancient Kyoto" by UNESCO.

Formally known as Kamo-mioya Shrine, Shimogamo Shrine is located in Kyoto City's Sakyo Ward.
Kamo-betsurai Shrine (Kamigamo Shrine) and Shimogamo Shrine are ancient shrines that originate from the deity that descended upon Mt. Mikage during the reign of Emperor Jimmu.

Tadasu no Mori, the shrine's forest, offers a gorgeous view of nature during late spring/early summer and the autumn foliage is breathtaking during the fall.
Near the tower gate, there are landmarks, such as Aioi-sha Shrine and "Sazare-Ishi" which can be seen from 0:38 in the video.

Be sure to take a look at the red bridge over the Mitarashi River near the main hall, as well as the Korin plum blossoms, and Koto Shrine, where the 12 animals of the zodiac are enshrined.
It's also said that Shimogamo Shrine brings good luck in relationships and marriage.
If you're looking for souvenirs, be sure to check out the amulets, shuin stamps, and ema (small wooden plaques on which Shinto worshippers write their prayers or wishes), and don't forget to draw a fortune slip!

When it comes to events at Shimogamo Shrine, the Aoi Matsuri (Aoi Matsuri) in May is by far the most popular and well known festival.
The Aoi Matsuri is one of the three major festivals of Kyoto, with an elegant procession that recreates the customs of the imperial court and makes its way from the Kyoto Imperial Palace to Shimogamo Shrine and Kamigamo Shrine.
During the festival, a yabusame (horseback archery) ritual is also held in Tadasu-no-Mori.

Mitarashi-sha (Inouesha), shown from 2:22 in the video, is said to be the birthplace of Mitarashi dango, and an event called the Mitarashi Festival is held in the summer.
Also, there are times when a light festival by teamlab, is held on the grounds of the shrine and in Tadasu-no-Mori.
There are also a variety of other events, such as Kemari Hajime and Hina Nagashi.

Shimogamo Shrine, with its quaint atmosphere, is one of the most popular spots in Kyoto and is ideal for those traveling alone.
If you're lucky, you may even get the chance to see a wedding ceremony on the shrine grounds.
If you're going on a sightseeing trip around Kyoto, be sure to stop by Shimogamo Shrine!