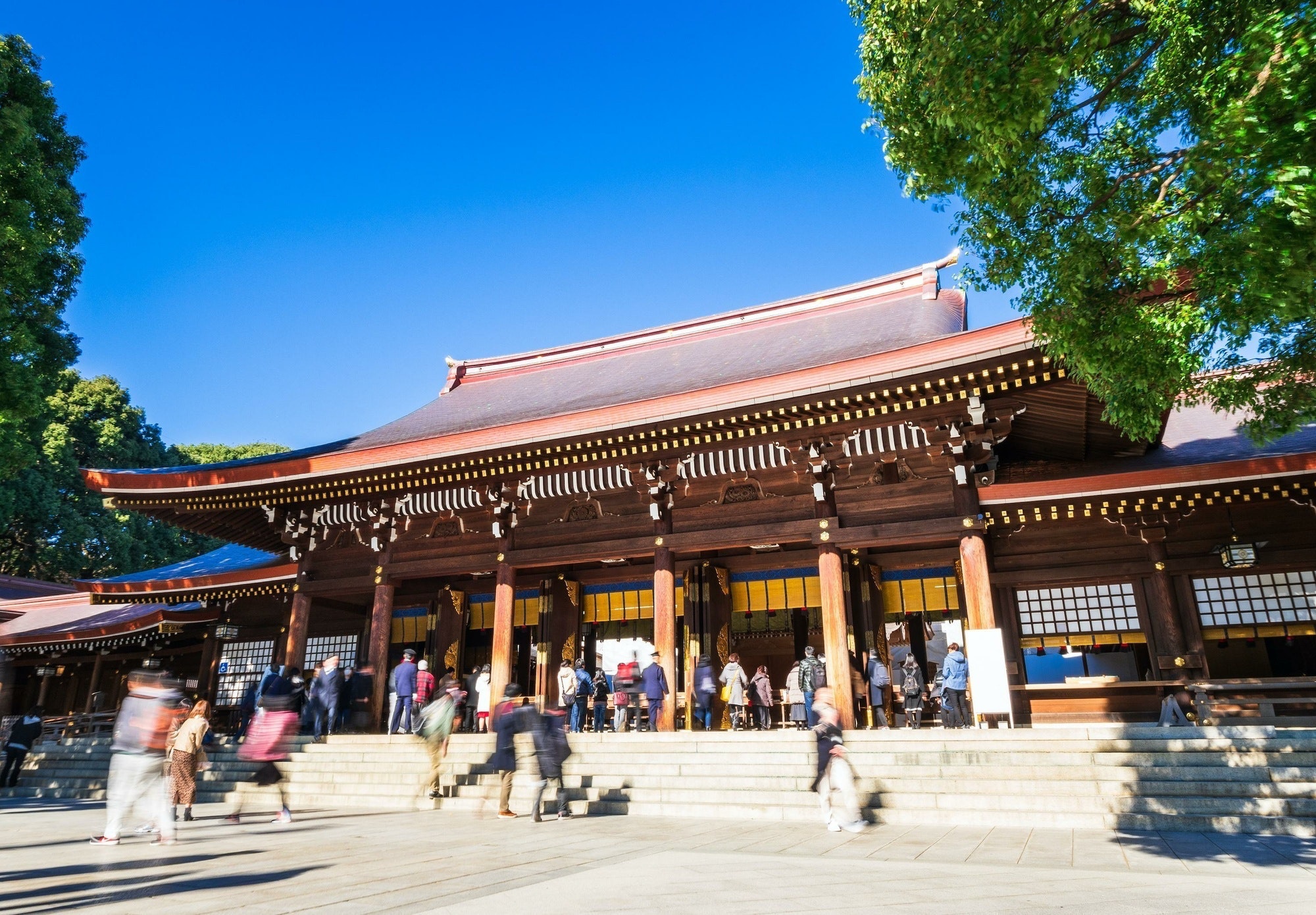 This 4-minute long video, titled "Meiji-Jingu – Tokyo - 4K Ultra HD," was released by "Tokyo Street View – Japan The Beautiful." It is an introductory video of Meiji Jingu and introduces the highlights of the magnificent shrine.

Meiji Jingu (Meiji Shrine) is a shrine located in the Yoyogi area of Tokyo's Shibuya ward (渋谷区代々木), which attracts many tourists from both inside and outside of Japan and is a spot you should definitely add to your itinerary when traveling in Tokyo.
It is the most popular shrine in Japan for "hatsumode" (初詣, the first shrine visit of the year), with more visitors each year than any other shrine in Japan.
It is also a popular spot for weddings and other celebrations, such as "Shichi-Go-San" (七五三).

In the opening of the video, you can see the giant torii gate made from a 1,500 year old Japanese cypress tree.
If you take a look at the view from beyond the torii gate, you'll see why this shrine was selected as one of the top 20 sightseeing spots in Japan by the Michelin Guide.

The giant torii gate found at Meiji Jingu is the largest of its kind in Japan.
Beyond the gate there is a small bridge and on the left hand side you can see many decorative sake barrels.
Different brands have been gathered from all over Japan, and it makes for a very impressive display.
Emperor Meiji was also known to enjoy drinking wine, and interestingly, many French wine barrels can also be found at the entrance to the shrine.
Be sure to stay on the lookout for them when you visit.
They can be seen at 0:33 in the video.

After passing through the south gate (Minami Shinmon (南神門)) the main shrine will come into sight.
From 2:21 in the video, you can see the famous tree known as Meoto Kusu (夫婦楠) which is believed to bring good luck in marriage, as well as many Ema boards.
If you look at the wall, you will see many beautiful "kakizome" (書初め, the first calligraphy of the year).

A Cafe in a Power Spot?! The History of Meiji Jingu's Inner Garden and Recommended Spots

Meiji Jingu, was built on November 1st, 1920 in honor of the 122nd emperor of Japan, Emperor Meiji (明治天皇) and his wife Empress Shoken (昭憲皇太后).
With a surface area equivalent to 15 Tokyo Domes, Inori no Mori (祈りの社) has been donated 100,000 trees from all over the country in an effort to increase the beautiful natural surroundings of the area.
The area is scattered with spots you'll want to snap a picture of to post and share on social media!

Another highlight of Meiji Jingu is its Imperial Garden (明治神宮御苑) which in June is covered with blossoming Japanese Irises.
"Kiyomasa's Well" (清正の井戸) is a famous power spot inside the garden, and in recent years an increasing number of people are using the image as a wallpaper on their phones in the hope that it will bring them good luck.

Other famous spots around Meiji Jingu include the turtle-shaped rock "Kameishi" (亀石) and the martial arts building "Shiseikan" (至誠館).
If you're interested in learning more about the history of Meiji Jingu, we highly recommend visiting the adjacent Meiji Shrine Museum (明治神宮ミュージアム).
For lunch, we recommend the delicious sandwiches served at Cafe Mori no Terrace (CAFÉ 杜のテラス).

Meiji Jingu is open from sunrise to sunset, therefore the opening times vary depending on the time of year.
Please check the official website for more information regarding hours.
You can also find information on shrine etiquette and "Go-shuin" (御朱印) on the same website.

Meiji Jingu's outer garden features a variety of sports facilities, including a driving range, tennis court, and baseball field.
Access to the area is great, and there's also a hotel parking lot in the vicinity.
Many baseball competitions are held at Meiji Jingu Baseball Stadium, which is home to the Yakult Swallows, as well as the annual Jingu Gaien Fireworks Festival (神宮外苑花火大会).

A spot we highly recommend in the outer garden area is the row of Gingko trees leading up to the Meiji Memorial Picture Gallery (聖徳記念絵画館).
In November, just as the leaves are turning red, the whole area is lit up making it a great place to take a photo.
Every year, more than 1.8 million people take part in the Jingu Gaien Ginkgo Festival (神宮外苑 いちょう祭り).

We hope you enjoyed this introductory video featuring the highlights of Meiji Jingu's inner and outer gardens.
At 3:00 in the video, you can hear the sound of people visiting the shrine.
Enjoy the sights, sounds, spiritual atmosphere of Meiji Jingu!