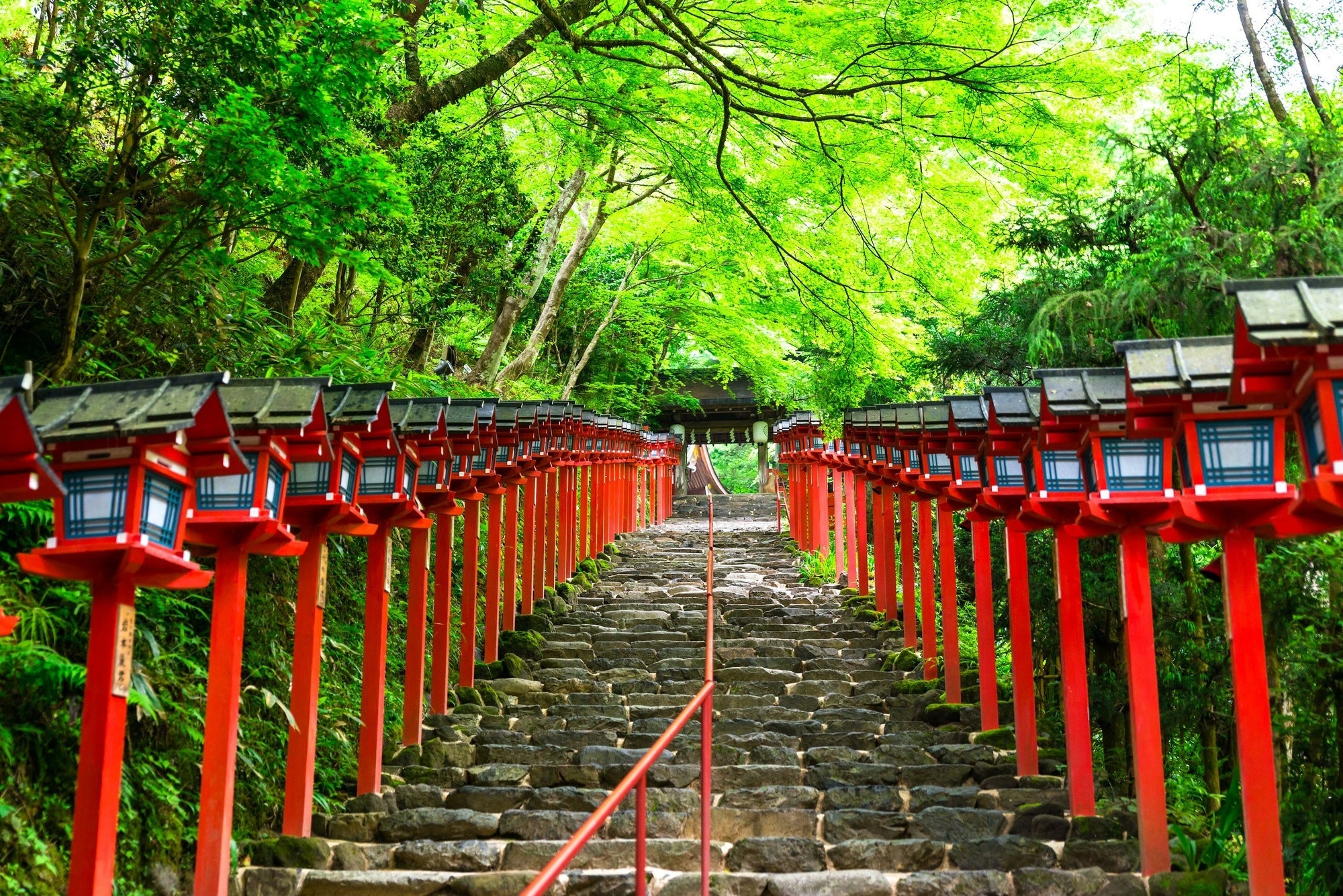 In this article we'll introduce, alongside the video, one of the top sightseeing spots in Kyoto: Kifune Shrine.

The History and Origin of Kifune Shrine

Kifune shrine in Kyoto, a shrine dedicated to the god Takaokami (高霞神), is the head shrine of all of the Kifune shrines in Japan, of which there are approximately 450 in total.
It is listed in the Engi Shiki and is considered one of the top 22 most important Shinto shrines in Japan.

Kifune shrine is an ancient shrine featured in the oldest records of Japan, such as the Kojiki (古事記, "Records of Ancient Matters") and the Nihon-shoki (日本書紀, "The Chronicles of Japan").

Things to Do at Kifune Shrine

Beyond the stone staircase that climbs from Kibune River lies the main building of Kifune shrine as well as other smaller buildings where you can purchase goshuin seal stamps or good luck charms called "o-mamori."
Here you can try drawing one of the popular water divination slips known as "mizuuranai-mikuji" (水占みくじ).

Two horse statues can be found on the grounds of Kifune shrine and it is thought that this was the birth place of the Ema plaques (絵馬).
700 meters upstream of Omoi River (思ひ川) you'll find the rear shrine, and if you make it here you'll have completed "sanshameguri" (三社巡り), which means that you've visited all three areas of the shrine.
It is said that a sacred dragon's cave lies within the rear shrine.
You can see the rear shrine from 1:03 in the video.

Several events are held at Kifune shrine each year, such as the Kifune festival (貴船まつり), Nagoshi no Oharae (夏越の大祓式), Kifune water festival (貴船の水まつり) and the Tanabata festival "Sasa no Sekku" (笹の節供) which is famous for its beautiful bamboo grass decorations.
On top of Kifune Shrine's beautiful summer scenery, you can also enjoy the amazing cherry blossom viewing spots in spring and stunning natural scenery in fall in the surrounding area.
The area is often lit up in the evening, attracting lots of visitors!
A special prayer is held on the first "day of the ox" of every month.

Sightseeing and Restaurants in the Surrounding Area

Make sure to stop by a Kawadoko (川床) on your trip to Kibune!
Kawadoko means "streambed" in Japanese, but it refers to the raised platforms that are constructed over the streambeds in summer to keep visitors cool. Stopping at Kawadoko for lunch is guaranteed to make for an unforgettable experience!
We highly recommend the following restaurants which are located in the surrounding area: Kuramadera (鞍馬寺), Hyoue café(兵衛カフェ), Ryouri Ryokan Kibune's Ugenta (右源太) and Sagenta (左源太), Kifune Kurabu (貴船倶楽部) and Toriyachaya (鳥屋茶屋).

The Kibune area, which boasts a cooler temperature than Kyoto basin (京都盆地), is the perfect place to beat the summer heat!
Let the running water of the Kifune river, the source of both the Yodo River (淀川) and Kamo River (鴨川), reinvigorate your body on a hot summer's day!
Make sure to take lots of photos of the stunning natural scenery at Kifune Shrine so you can share them on SNS later!