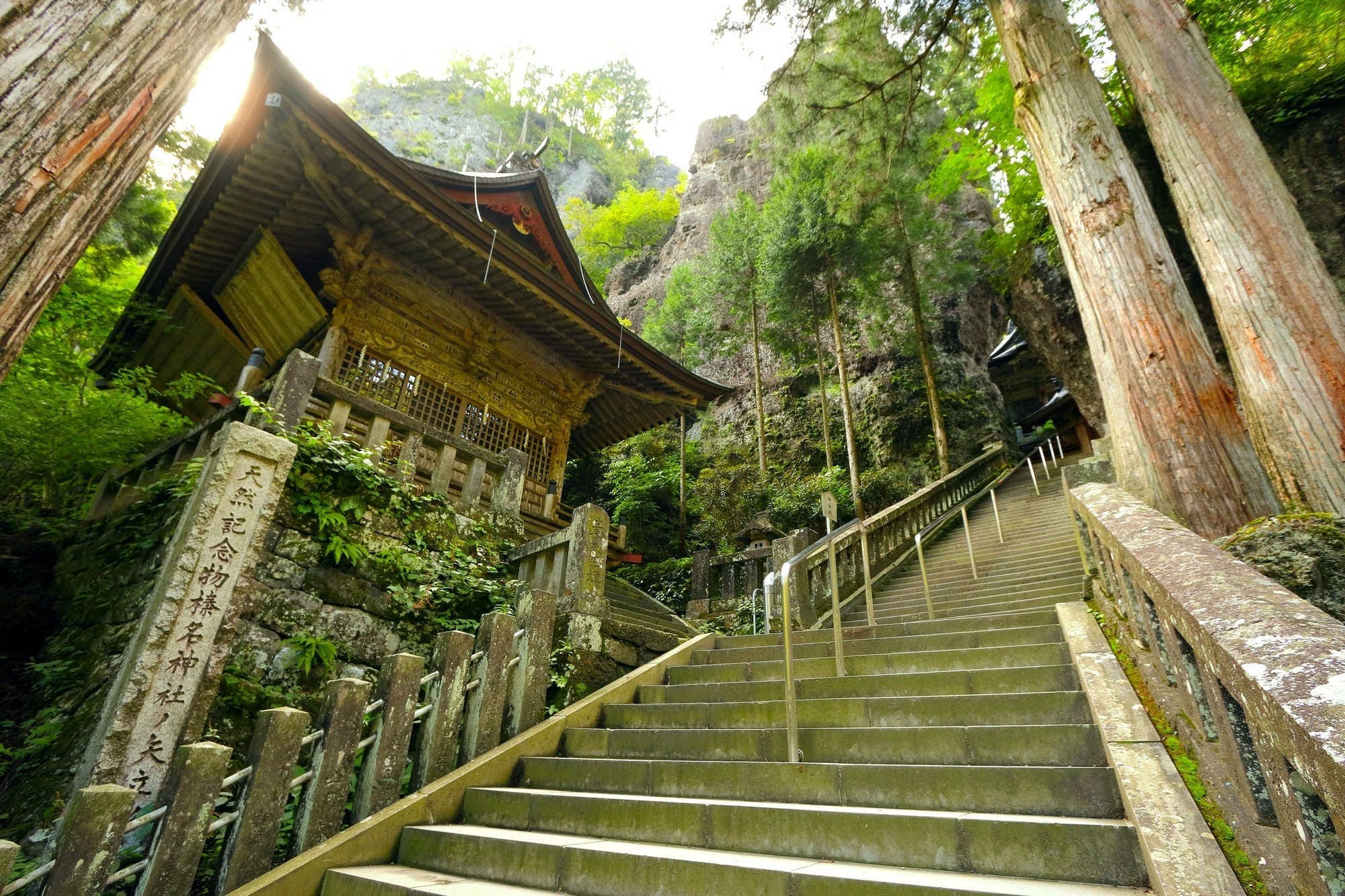 Haruna Shrine is an old shrine in Takasaki City, Gunma Prefecture that was built in 927.
It is featured as a prestigious "shikinaisha" (shrine listed in the Engishiki) in the "Jinmyocho" (Register of Shrines in Japan) that describes major shrines nationwide.
The main deities are the god of fire, Katsuguchi, the god of earth, the goddess Haniyama, Mikumari no Kami, Takaokami, Kuraokami, Oyamatsumi, Oomononushi no Kami, and Konohanasakuya-hime.
It is said to have the benefits of extinguishing fire, good luck, large harvests, and prosperous business.

In this article, we'll introduce the cultural assets and highlights of the precincts of "Haruna Shrine" in Takasaki City, Gunma Prefecture, which is also popular as a power spot.
The video introduces the main shrine, which is designated as a cultural property, as well as the precincts where old cedars and giant rocks are lined up along the approach.
You'll be amazed at how the video shows the precincts filled with spiritual air.

What Is Haruna Shrine?

Haruna Shrine is located in Takasaki City, Gunma Prefecture, and there are many hot spring areas, such as Ikaho Onsen, in the vicinity.
In addition, Mt. Haruna and Lake Haruna are located in the vicinity, and the shrine is popular as a tourist destination.

Access to Haruna Shrine is about 70 minutes by bus from the west exit of JR Takasaki Station.
If you visit by car, there is also a parking lot nearby.

Various rituals and events are held throughout the year, and many people visit during the fall when the autumn foliage is at its best.
Along with shuin stamps, Omikuji are also popular.

Introducing the approach to "Haruna Shrine" introduced in the video

The video starts from the entrance to the approach to Haruna Shrine.
The first thing that appears in the video is the Zui Shinmon, an important cultural property with the Senjafuda.
This can be seen from 0:05 in the video.

After passing the side of Kurakakeiwa, a rock that resembles a stone bridge, you can see the three-storied pagoda. You can see the pagoda at 0:31 in the video.
The approach is dotted with strangely shaped rocks and boulders and the entire area has a dignified feel to it.

Eventually Yatatesugi, a large cedar tree which is said to be over 400 years old and is designated as a national natural monument, will come into view on the left.
It is said that Yatatesugi originated from Takeda Shingen shooting an arrow at Yatate Shinji, a ritual to pray for victory.
Haruna Shrine's Miyukiden, Souryumon, Kagura hall, Kokusosha and Gakuden, hall of worship, hall of offerings, main shrine, and Misugataiwa are registered as National Important Cultural Properties.
There are also many cultural properties designated by Gunma Prefecture and Takasaki City located at the shrine.

The main sight of Haruna Shrine is Misugataiwa, the towering rocks behind the main shrine, where the gods are enshrined.
It can be seen at 2:52 in the video. Be sure to take a look at its powerful appearance.

This video, "Haruna Shrine --Gunma --4K Ultra HD," introduces the scenery and cultural assets of Haruna Shrine.
Tsuzuraiwa (the towering rocks), which are introduced from 4:50 at the end of the video, has a mysterious appearance, and you can feel the power of Haruna Shrine in the video, so be sure to check it out.