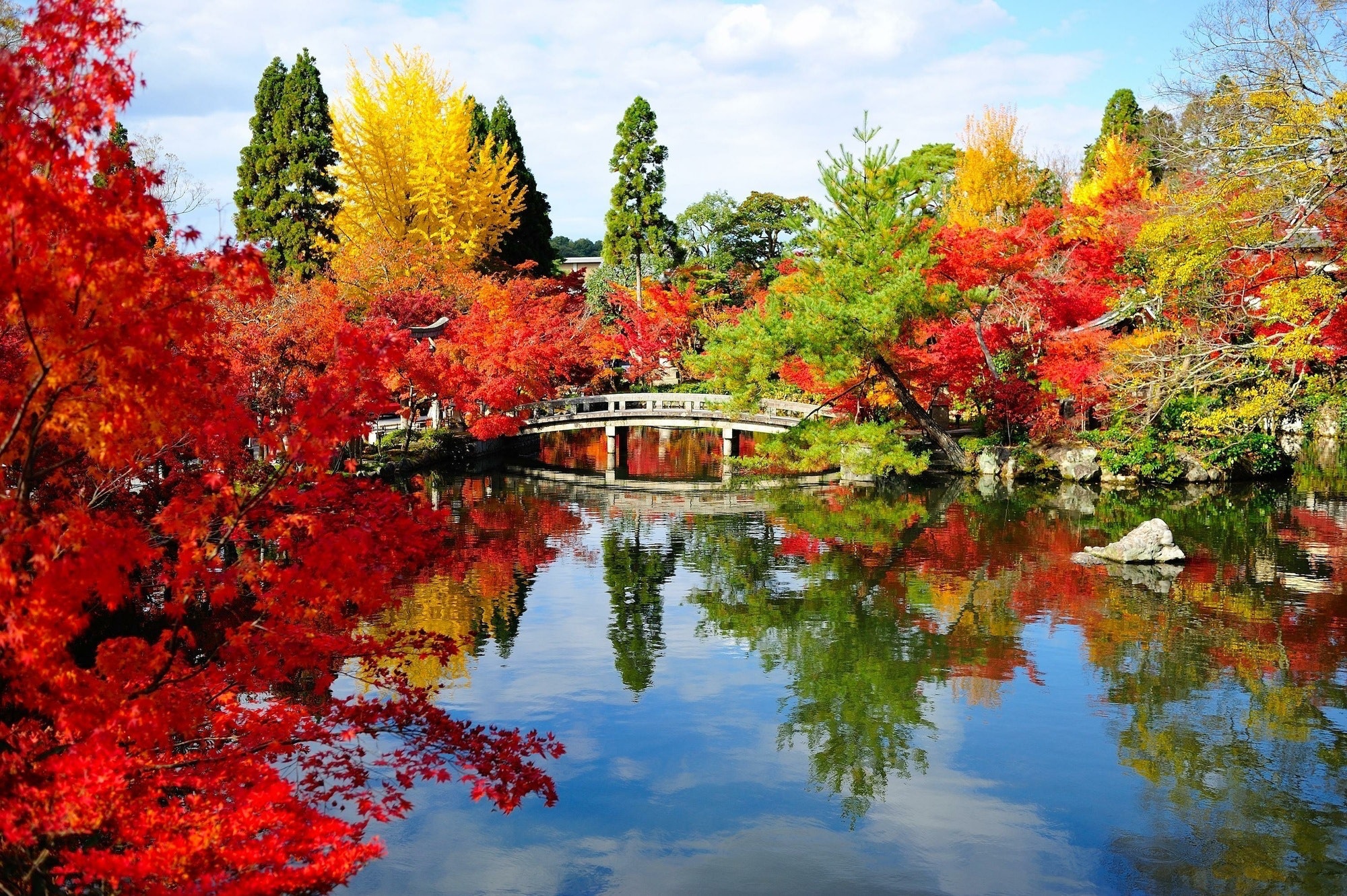 The popular Eikando Zenrinji Temple introduced in the video, located in Sakyo ward, Kyoto City, Kyoto Prefecture in Japan's Kansai Region, is regarded as one of the top temples to visit in Kyoto.

If you're visiting Kyoto during fall, Eikando is the perfect place to take some photos of the beautiful autumn foliage to share on Instagram!

The Origins and History of Eikando

Eikando is the head temple of the Seizanrinjiha branch of Jodo buddhism (浄土宗西山禅林寺派) and was founded in the early Heian Period (794 AD - 1185 AD) by the Japanese Buddhist monk Shinsho (真招), a disciple of the great Buddhist teacher Kukai (Kobo Daishi).
The temple is formally known as "Zenrinji," with the honorific mountain name "Shojuraigosan" (聖衆来迎山), however, in the middle of the Heian Period it came to be known as Eikando after the head Buddhist monk "Yokan" (永観) who trained there.

The statue of Amida (Amitabha) is said to have come to life, turned its head and called out to Yokan while he was practicing in Zenrinji temple.
You can see the famous statue of Amida, known as Mikaeriamida, in the temple even to this day.

Eikando Zenrinji Temple was once considered one of Kyoto's Kangakuin (Academic Halls) and has long been a center of learning.
Many treasures and cultural assets can be found here, such as the "The Descent of Amida Over the Mountain" (絹本著色山越阿弥陀図); a colored silk painting, "Kondorengemonkei" (金銅蓮華文磬); a gilt bronze gong with lotus flower design, as well as the temple hall, stone garden, temple gates, bell, and mausoleum which have been designated Important Cultural Properties of Japan.

Eikando is one of the most popular spots for viewing the autumn foliage in Kyoto, with over 3,000 maple trees standing on its grounds.
From 1:38 in the video, you can see Iwakaki Momiji (岩垣もみじ), a spot which is popular for its amazing scenery.
In fall, the spiral staircase "Garyuro" (臥龍廊) takes on a different appearance as it's lit up at night.
You can also enjoy the equally stunning scenery of the green-leaved maple trees in summer.

The colored leaves of the maple trees at Eikando Zenrinji are a must-see on your trip to Kyoto!
After taking a look around the grounds, make sure to receive a "go-shuin" seal stamp from the temple!
You can also for for a walk along the famous walking path "Tetsugaku no michi" (哲学の道, The Philosopher's Path) which is located near the temple.
Other popular spots within walking distance from Eikando include Honenin Temple (法然院), Shinnyodo Temple (真如堂), Konkai-komyoji Temple (金戒光明寺), and Kawaramachi (河原町).