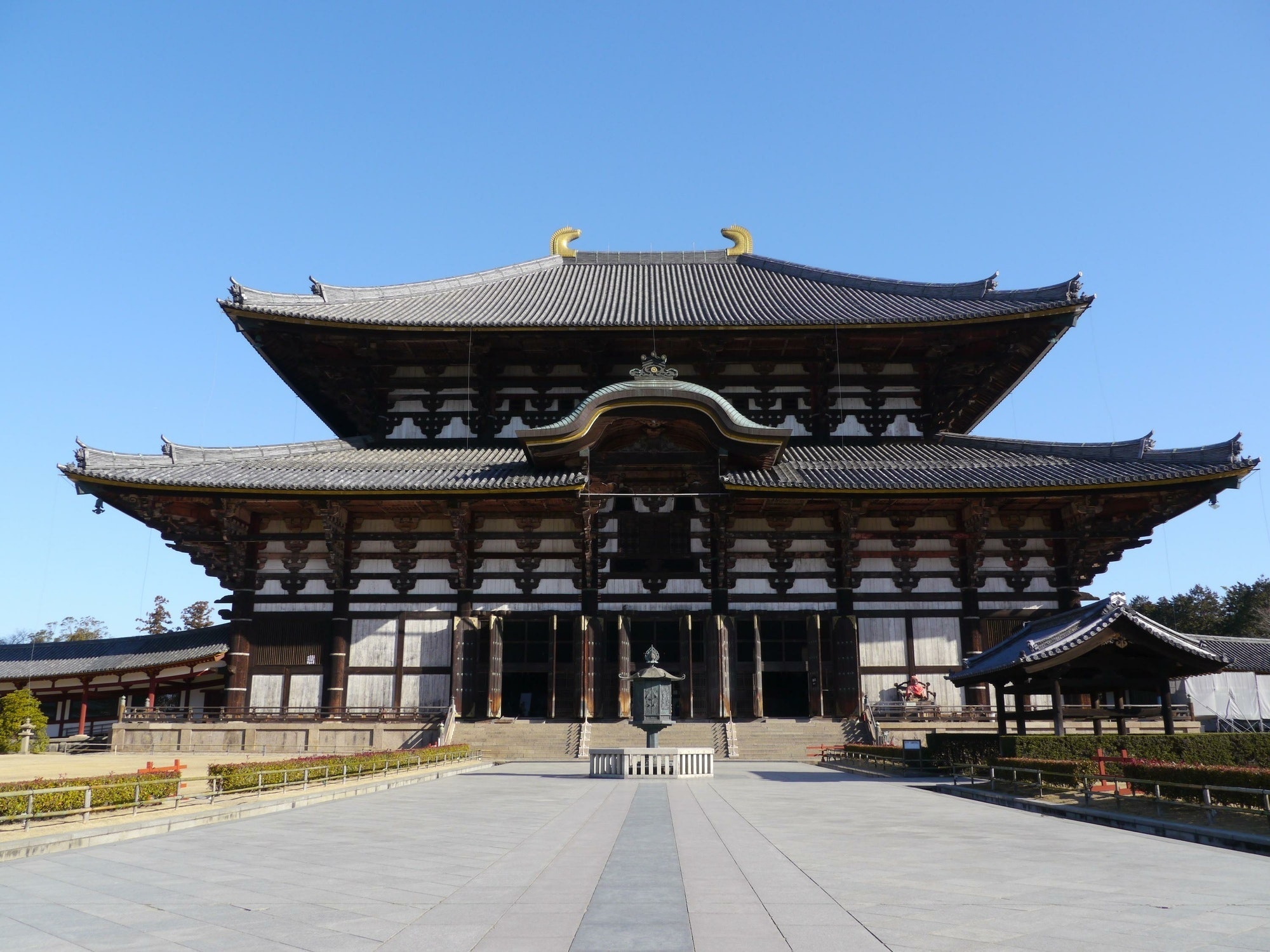 Nara has been around for 1,300 years and has many tourist attractions, but the most popular ones are still Todai-ji Temple and Nara Park.
Todai-ji Temple, which attracts thousands of visitors every year, was built in 743 and is the head temple of the Kegon sect of Buddhism.
The Daibutsu-den (Great Buddha Hall) is a national treasure and was surrounded by a building called a "Kondo" (Golden Hall) after the nearly 15-meter-tall Buddha was built.
There are many other national treasures on the temple grounds, including a standing statue of Kongorikishi.
Todai-ji Temple is also a World Heritage Site.
The temple has had a great influence on Japanese Buddhism and culture, making it a must-visit location!