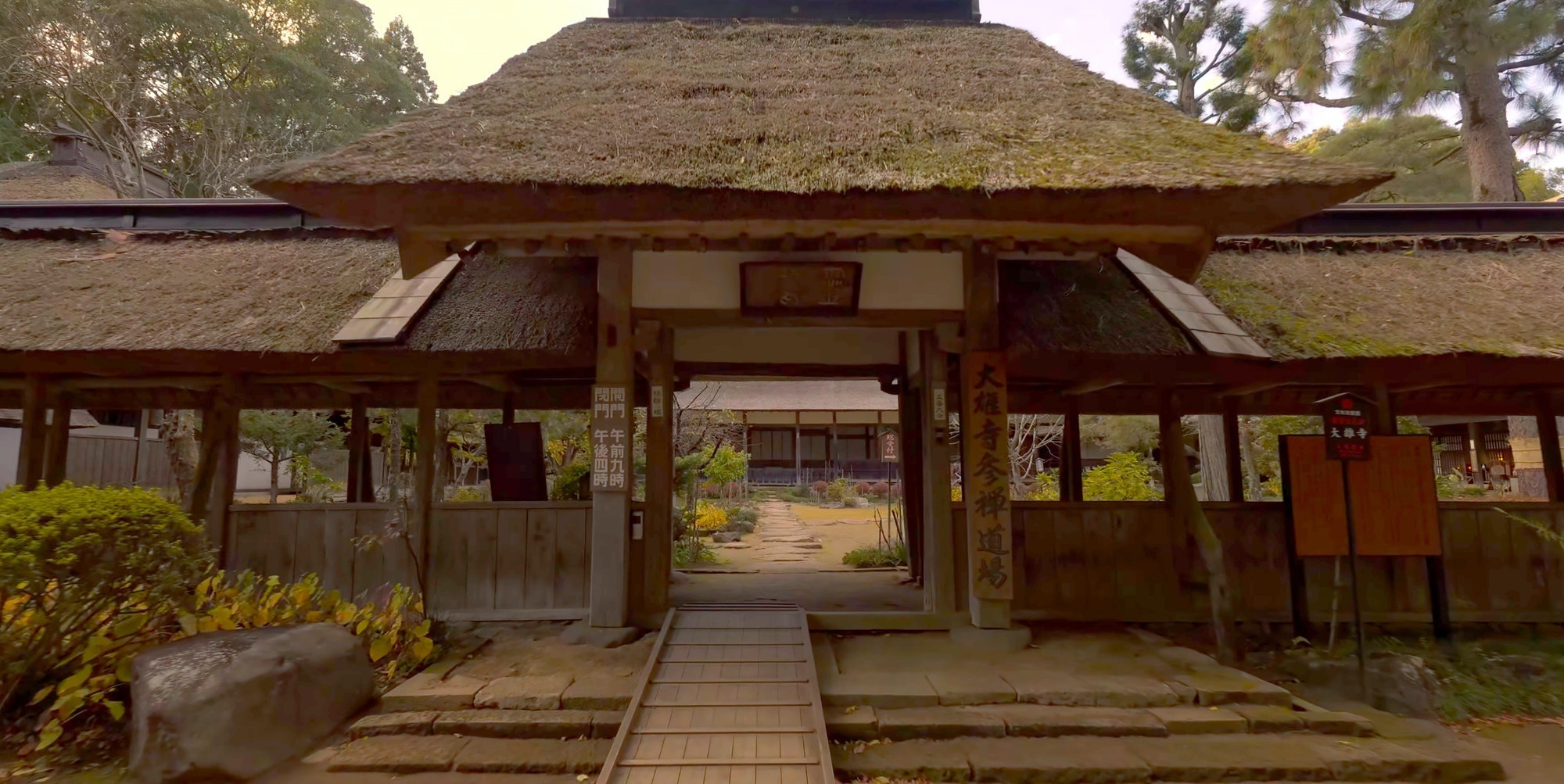 Basho no Sato - A Popular Sightseeing Destination in Otawara, Tochigi

Matsuo Basho, a poet active during the Edo period (1603 AD - 1868 AD), is one of the most famous haiku poets in Japanese history.
Many of the locations and buildings mentioned in his poetry collection "Oku no Hosomichi" (奥の細道) (often translated as "The Narrow Road to the Deep North") have become famous tourist spots in Japan.
Basho no Sato Kurobane (芭蕉の里黒羽), introduced in the video, is one such tourist spot, located in Otawara, Tochigi.

There are several famous spots in Basho no Sato, such as Daioji Temple, which belongs to the Soto school of Buddhism (曹洞宗), as well as Kurobane Fukushi Park (黒羽福祉公園), and Kurobane Basho no Yakata (芭蕉の館).
Daioji Temple was built in 1404, giving it a long history dating back more than 600 years.

Retracing the footsteps of Matsuo Basho in Daioji Temple

What kind of building is Tochigi prefecture's Daioji Temple?
Let's take a look at Daioji Temple alongside the video.

・Sanmon (山門) 0:07～
Many Jizo statues (御地蔵) line the path towards the main temple gate. With these you can experience the atmosphere of the ancient temple.

・Somon (総門) and Kairo (回廊) 0:26～
A small main gate guarded by statues of arhats (羅漢) which marks the entrance to the thatch roofed hallway.

・Kyozo (経蔵) 0:45～
A storehouse where Buddhist scriptures are kept. Behind the storehouse is the treasure house known as "Shukokan" (集古館).

・Shoro (鐘楼) 1:40～
After passing through Somon gate, a Japanese garden ornament, which also happens to be a musical device known as a "Suikinkutsu" (水琴窟) can be seen on the left hand side. On the right hand side you can see the bell tower "Shoro."

・Zendo (禅堂) 2:22～
If you turn left into the corridor (Kairo), about half way through you'll find the Zen meditation hall, or "Zendo."

Matsuo Basho's poetry collection "Oku no Hosomichi" is an important piece of classical Japanese literature that is famous both in Japan as well as overseas.
His journey, which covers all areas of Japan, was no easy feat.
He would often walk several kilometers a day, writing haiku poems at many of his destinations.
However, he is said to have spent two full weeks in Kurobane, Tochigi (featured in the video) with his disciple.

Areas such as Nikko (日光) and Nasu (那須) in Tochigi prefecture are famous for their beautiful autumn foliage.
The areas surrounding Kurobane Castle (黒羽城) and Daioji Temple also turn beautiful shades of red in autumn and are covered with peonies and irises.
The picturesque scenery is sure to have tugged at the heart strings of Matsuo Basho.
Daioji Temple has been preserved in its original form since 1448.
At the time, the temple was known as "Kurobanesan Kuonin Daioji" (黒羽山久遠院大雄寺).

Summary of Basho no Sato

Tochigi prefecture was an area Matsuo Basho was particularly fond of.
In particular, the area surrounding Kurobane Castle and Daioji Temple which has been called "Basho no Sato".
The area attracts lots of tourists each year and is one of the top sightseeing spots in Tochigi prefecture.

Tochigi prefecture is most famous for its picturesque scenery in fall.
However, the hydrangea flowers planted around Daioji temple, when in bloom, are also a spectacular sight to see, and a festival is held each year to welcome them.
Peonies and irises are also planted alongside the path to the temple, creating a beautiful landscape that can be enjoyed all year round.