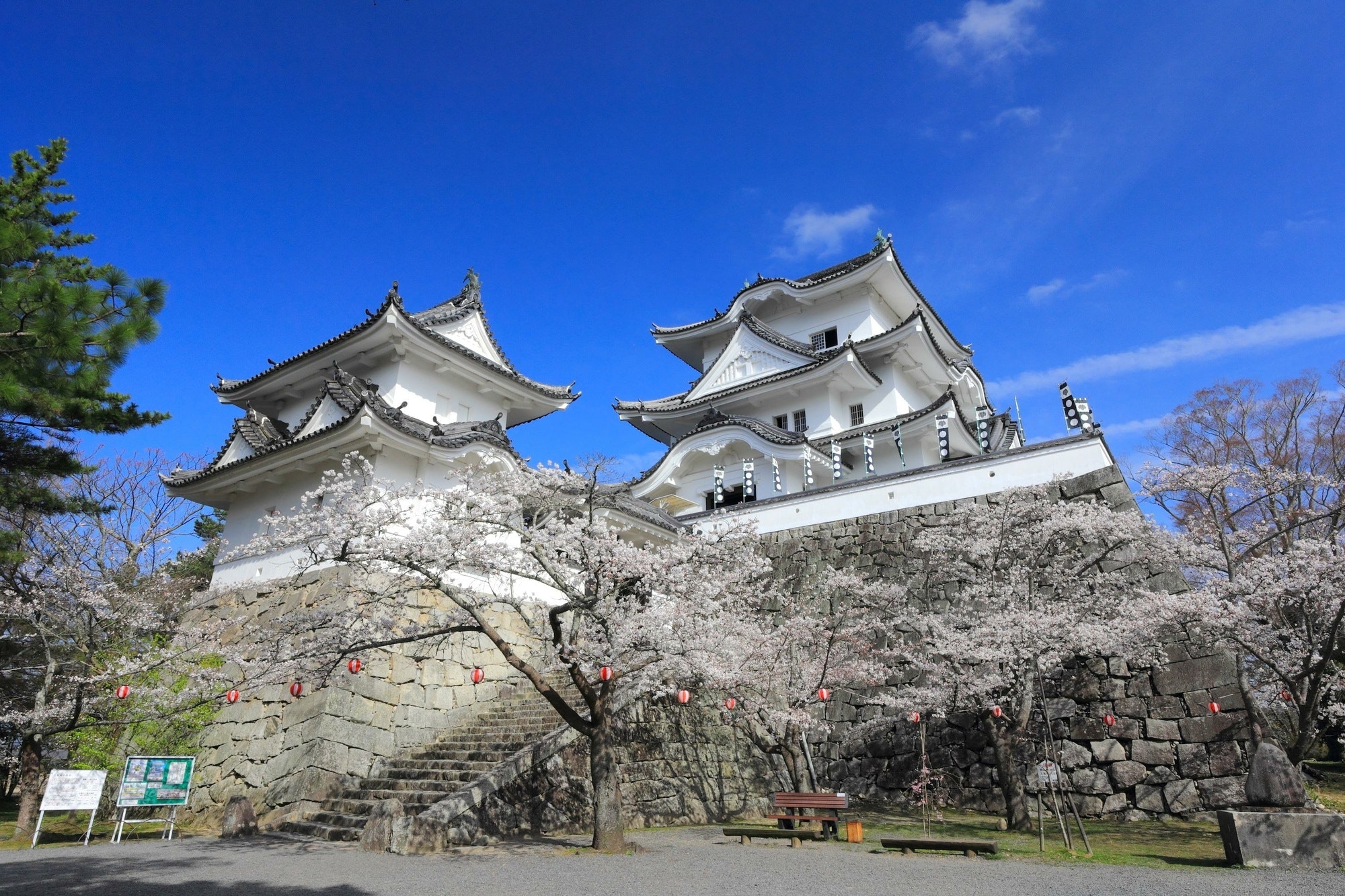 Iga, Mie prefecture is known as the origin of Ninjas. As shown at the beginning of the video, the nearest station to the castle, Ueno-shi station, is also called Ninja-shi station ("shi" means city in Japanese).
Iga Ueno castle is famous for its massive stone walls. In the video at 3:32, you can see the majestic castle as it sits atop the towering stone walls.
These tall stone walls are the second largest stone walls in Japan after Osaka castle.

Many tourists gather here for cherry blossom viewing and to see the autumn leaves at this scenic castle.
We hope you'll enjoy the video showing the castle in all its grandeur.

A Look at Iga Ueno Castle

Iga Ueno castle was built on Ueno Plateau in the Iga area. The castle was classified as a hirayama style castle (built on a hill in a plain) and also called Hakuho castle. It was known as a defensive castle as there are two rivers near it.
These rivers were a great advantage in protecting the castle when attacked.

Before Iga Ueno castle was built, there were different buildings, such as a temple and a small castle, at the site of Iga Ueno castle.
In the Warring States period (1467-1615), construction of Iga Ueno castle began under the authority of military commander, Katsutoshi Takigawa.
After that, Tsutsui Sadatsugu reconstructed the castle by referring to the manuscript "Isui Unko," written by Nyogen Kikuoka.
Finally, the castle was expanded by Takatora Toda who received it from Hideyoshi Toyotomi. Shortly thereafter, Takatora became the lord of the castle.

Sightseeing at Iga Ueno Castle and the Castle Town

Ueno park is located around Iga Ueno Castle.
This park is popular for literary fans as there are different historical buildings related to Matsuo Basho, a famous poet who was from Ueno.
There are also Ninja museums and different Ninja attractions, so it is a perfect place to have fun and learn about Ninja culture.
Stop by restaurants and gift stores in the castle town to enjoy the local specialties.