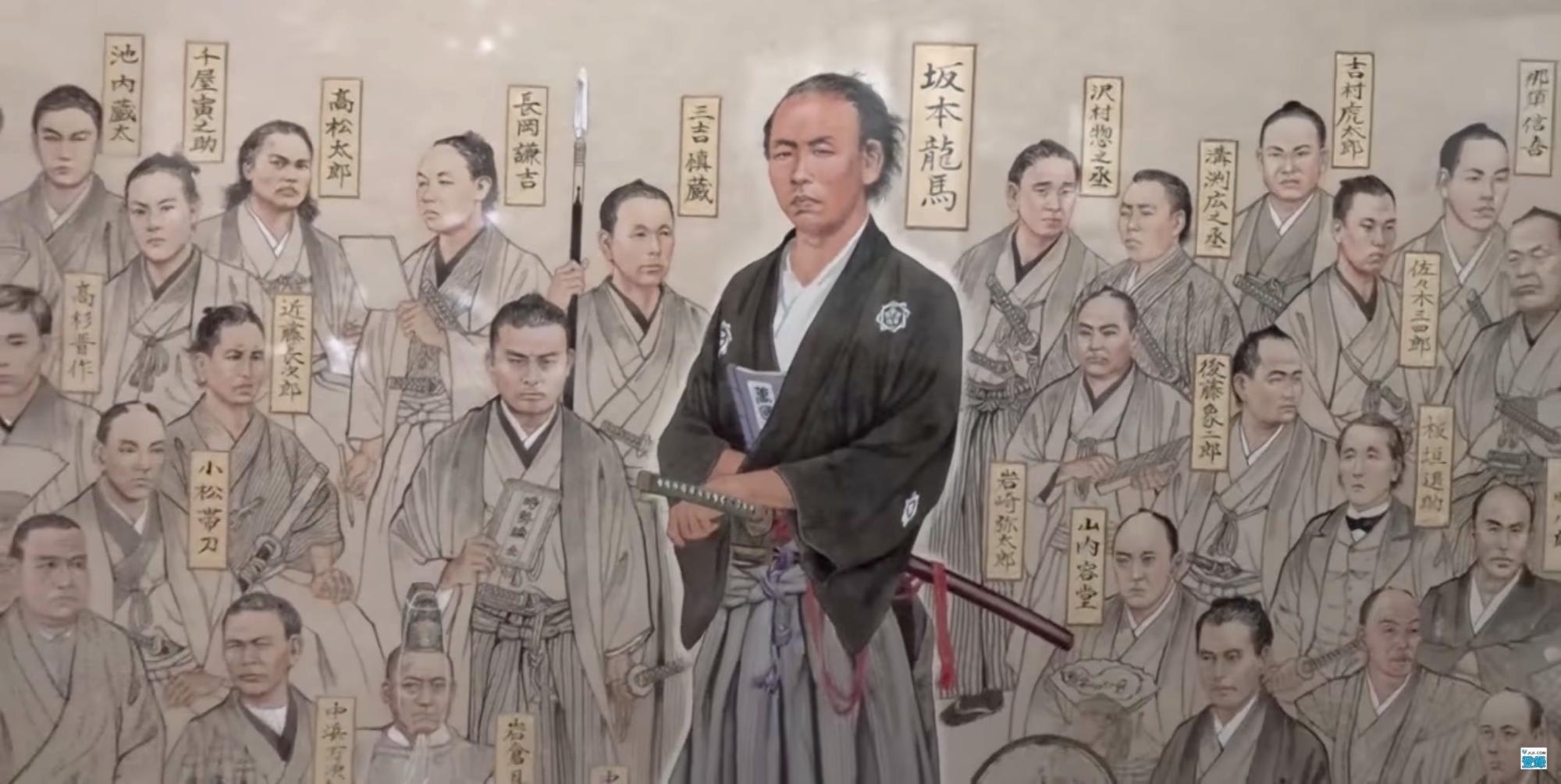 In this article we introduce the video "Sakamoto Ryoma assassination recreation = 70 artifacts open to the public for the first time, including letters and the gun of Hitokiri Izou!（暗殺の様子再現、坂本龍馬展＝初公開の手紙など７０点披露、人斬り以蔵の拳銃も）" created by Jiji Press Ltd. (時事通信トレンドニュース).

This video contains footage of the exhibition "From the Tosa Domain! Sakamoto Ryoma Exhibition" which was held in Meguro city, Tokyo in 2017.
Bakumatsu fans can enjoy looking at a variety of Sakamoto Ryoma's items such as his favorite sword and letters.

Who is Sakamoto Ryoma?

Sakamoto Ryoma was a samurai of the Tosa Clan active towards the end of the Edo Shogunate (1853-1869). He was born January 3rd, 1836, and his real name was Sakamoto Naonari. After leaving the Tosa clan, he became a Shishi, and formed a teacher-student relationship with Katsu Kaishu, eventually forming the Kameyama Company, later called “Kaientai.”

A few famous examples of Sakamoto Ryoma's life include the Teradaya Incident, where he narrowly escaped death, and his role in uniting the Satsuma and Choshu domains, referred to as the Satcho Alliance.
His life has been portrayed in a variety of TV dramas such as the popular "Ryomaden."
"Jin" is another popular historical drama based on Japan's Bakumatsu period, and Sakamoto Ryoma plays a major role throughout the story.

More About the Exhibition "From the Tosa Domain! Sakamoto Ryoma Exhibition"

The exhibition featured in this video was held in Tokyo, as the Sakamoto Ryoma Memorial Museum (坂本龍馬記念館, sakamotoryouma kinenkan) was undergoing reconstruction at the time in 2017.
Articles such as Sakamoto Ryoma's wakizashi (short sword), and a letter addressed to Shojiro Goto of the Tosa Domain, were on exhibition at the Hyakudankaidan hotel, which is listed as a Tangible Cultural Asset of Tokyo.
You can also see the obi worn by Sakamoto Ryoma's older sister and the gun used by Hitokiri Izou (real name Izou Okada).

Other popular exhibits include Sakamoto Ryoma's glass collodion photograph, the letter "nebutonotegami," a letter addressed to his older sister, a chart of the Battle of Shimonoseki, the Satcho Alliance endorsement, and a chronological table of events.
You can see these exhibits in the video from 0:14.

You Can Also See the Recreation of the Assassination of Sakamoto Ryoma in This Video!