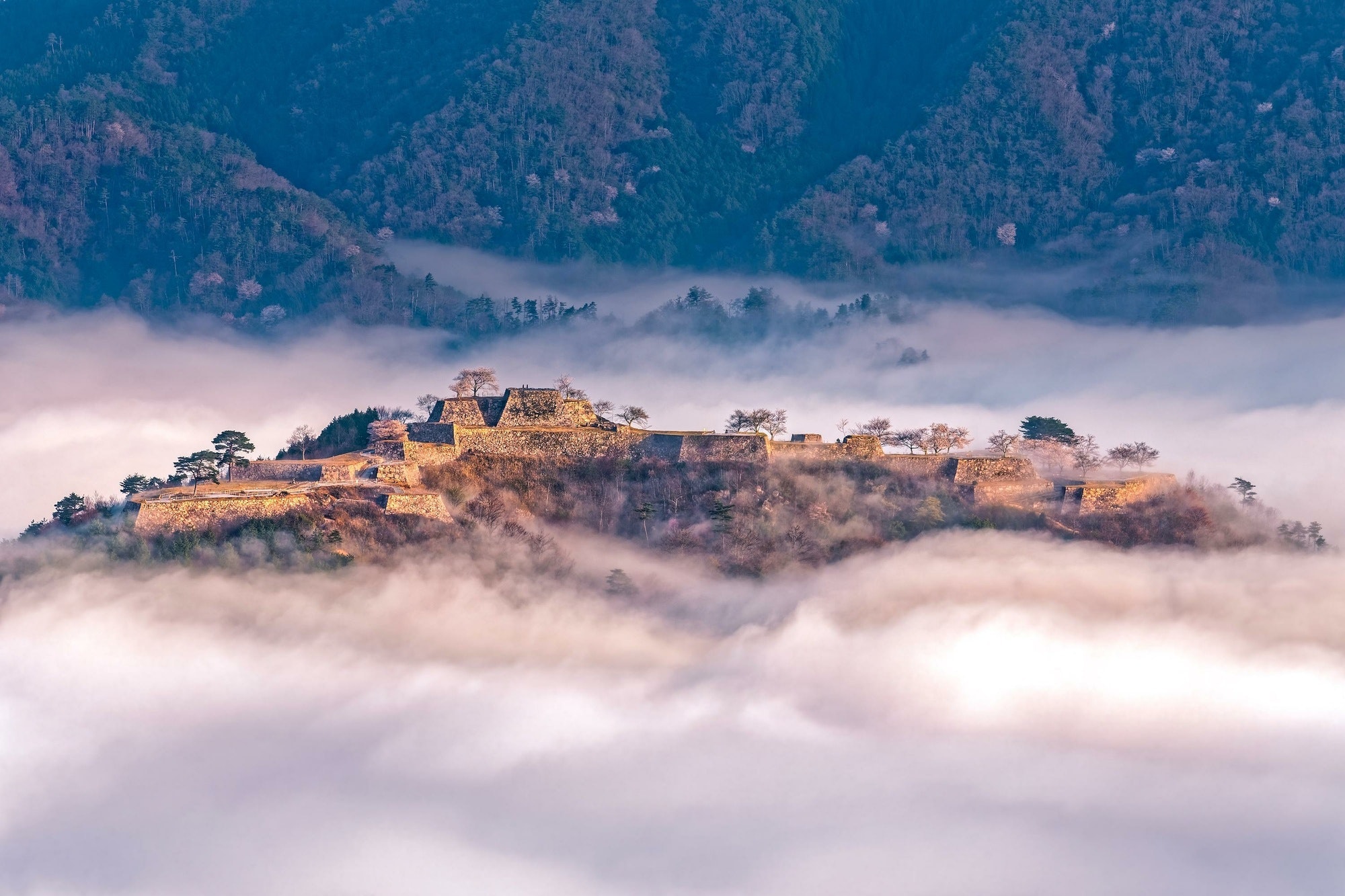 Takeda Castle - A Castle in the Sky!

The video introduced here is titled "Castle in the Sky｜An Aerial View of the Takeda Castle Ruins." It was produced by "e-picture production.com," and showcases beautiful images of Takeda castle in Hyogo prefecture taken by drone.

Takeda Castle is located in Asago, Hyogo Prefecture, and is a famous tourist attraction known as the "Machu Picchu of Japan" and "Castle in the Sky."
As you can see from 0:04 in the video, early in the morning, you can enjoy the fantastic scenery of the castle shrouded in mist.
Tourists who come to visit the site cheer at and admire the spectacular view.

About Takeda Castle - A Castle in the Sky

The Takeda Castle Ruins, a mountain castle located at the top of the 353.7-meter-tall Mt. Kojo to the west of Ritsunkyou, is a stone walled fortress with a central tower, with the inner and outer citadels, the outer section of the castle, and the southern outer citadel arranged in a renkaku style.
You can see a full view of the Takeda Castle Ruins at 0:51 in the video.
It is also called "Torafusu Castle" as it looks like a tiger waiting in ambush (虎, "tora" means tiger, and 伏す "fusu" means to wait in ambush).

Takeda Castle is a national historic site, an Important Cultural Property of Japan, and one of the "Top 100 castles of Japan."
In 2012, the castle was recognized as a sacred place for lovers because of its fantastic scenery, suitable for marriage proposals.
In Japan, there is a ruin called Bungo Takeda Castle in Kyushu, Oita prefecture as well.

The History of Takeda Castle - A Castle in the Sky

It is said that Takeda Castle was built during the Muromachi period (1336 to 1573 AD) and the first castle owner was Otagakishi, but the history remains unclear to this day.

The castle was the scene of many battles during the during the Warring States period (c. 1467 to 1615) and the Azuchi-Momoyama periods (1573 to 1598).
Particularly famous are the Onin War, which started with the battle between Hosokawa Katsumoto and Yamana Sozen, and the Battle of Takeda Castle, in which Oda Nobunaga dispatched Hideyoshi Hashiba (Toyotomi Hideyoshi) to the area and later attacked Kozuki Castle and Tajima.
Takeda Castle was later destroyed in the Battle of Sekigahara and was abandoned by the Edo Shogunate.

The beautiful sea of clouds at Takeda Castle is nothing short of breathtaking and would definitely look great on your Instagram!
Be aware that the view will greatly depend on the weather, so be sure to check out the forecast before your visit. We recommend visiting with a feeling of "if you're lucky you'll see it, if not, it's still beautiful."

In addition to the sea of clouds, you can also enjoy the beautiful cherry blossoms in the spring and the autumn colors in the fall at Takeda Castle.
We also recommend stopping at the nearby Takeda-jimachi-dori, taking a bus tour, or staying at a guest house or hotel.