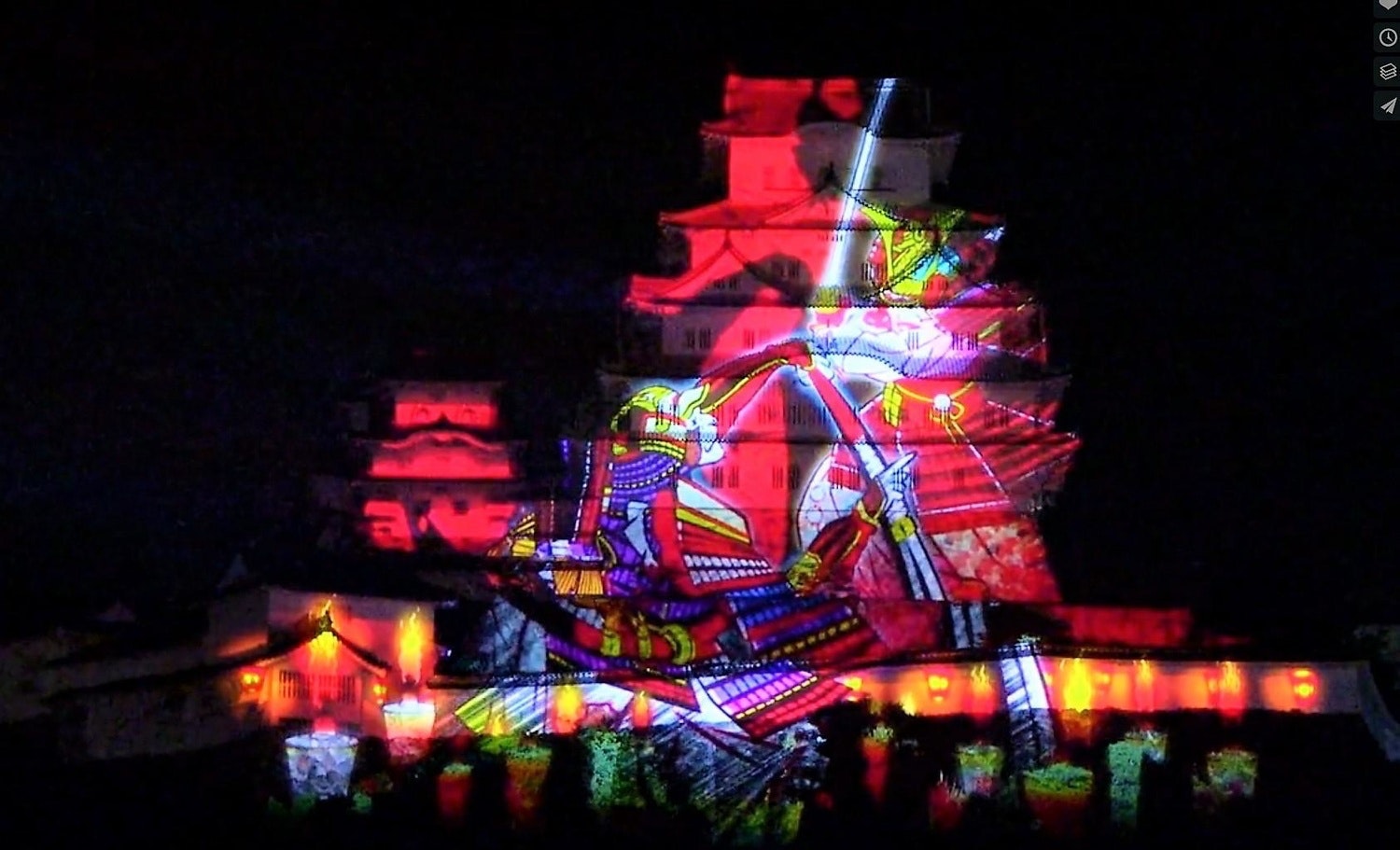 This video was created by “beaphoto1” and introduces Himeji Castle's 3D projection mapping event- "HAKUA." This event was held in May 2015.

The national treasure Himeji castle, located in Honmachi, Himeji, Hyogo Prefecture, was designated as Japan's first World Cultural Heritage Site in December 1993, along with Horyu-ji Temple in Nara. Nicknamed "Shirasagi Castle" (白鷺城, lit "White Heron Castle") for its graceful appearance that resembles a white heron spreading its wings, it has been selected as one of the 100 most famous castles in Japan.

In October 2009, the restoration and repair of the castle's main tower began, which included repainting the plaster and replacing damaged tiles.
Himeji castle regained its brilliance and re-opened in March 2015.

The light show, "HAKUA," was held to celebrate the reopening of Himeji Castle as the part of the 66th Himeji Castle Festival.
In the 11 minute video, you can watch the entire projection mapping show from beginning to end.

Enjoy the beautiful 3D projection mapping that lights up the famous white castle. It's amazing how different the castle looks with all of the colorful lighting.

The projection mapping event at Himeji castle actually has a story to go with it.

Prologue. (0:51)
The title and the outline of the story beautifully appears on the white castle.

Chapter 1. Prologue -Birth- (1:59)
The highlight of this chapter is the construction of Himeji Castle.
You can see the construction at 3:10, where the castle is being built as the cherry blossoms and autumn leaves grow around it gradually.
As more levels are added to Himeji castle, you can feel the flow of time through the cherry blossoms, red leaves, and snow that signify the changing of the seasons.

Chapter 2. Tradition -Legend- (4:56)
This chapter shows the birth of Kanbei Kuroda, who later became the lord of Himeji Castle. He aimed to rule the world.

Chapter 3. Brilliance -From Tradition to Modernity- (6:15)
This chapter shows the pictures of Himeji Castle drawn by 731 elementary school students in Himeji City.
100 of them have been selected and animated.

This article is only a brief overview of the castle. Be sure to watch the video and enjoy the 3D projection mapping!
It's so beautiful watching time pass in the blink of an eye.

There are several cafes and restaurants near Himeji castle as well.
Check out the reviews on yelp and look for a restaurant you want to visit.
There are also many parking spots around Himeji castle if you'd rather drive.

Access is about a 16-minute walk from Himeji Station off the JR Kishin Line, JR Bantan Line, and JR Sanyo Main Line.
The admission fee is 1,050 yen (~$10 USD) for adults and 360 yen children (as of October 2019).
Please be aware that Himeji castle may be very crowded depending on the season and time.

What'd you think of the Himeji Castle 3D projection mapping video?
It's not possible to fully convey the beauty of the actual event through words, so be sure to check out the video if you still haven't yet!

Himeji castle’s 3D projection mapping event in 2015 was a one-time event, but another projection mapping event, "The 25th Anniversary of the World Heritage Registration of Himeji Castle "CASTLE OF LIGHT - Garden of Light at" was held here and was also very popular.
Of course, there is more to see at Himeji castle besides the events. Lately, goshuin (the honorable red seal)has become popular among young people in recent years, and some castles have a similar "Goshouin" (castle seal) to commemorate your visit to the castle.

If the video of the heron spreading its wings over Himeji Castle has intrigued you, be sure to put it on your itinerary!
You might even get to meet the official character “Shiromaru Hime.”