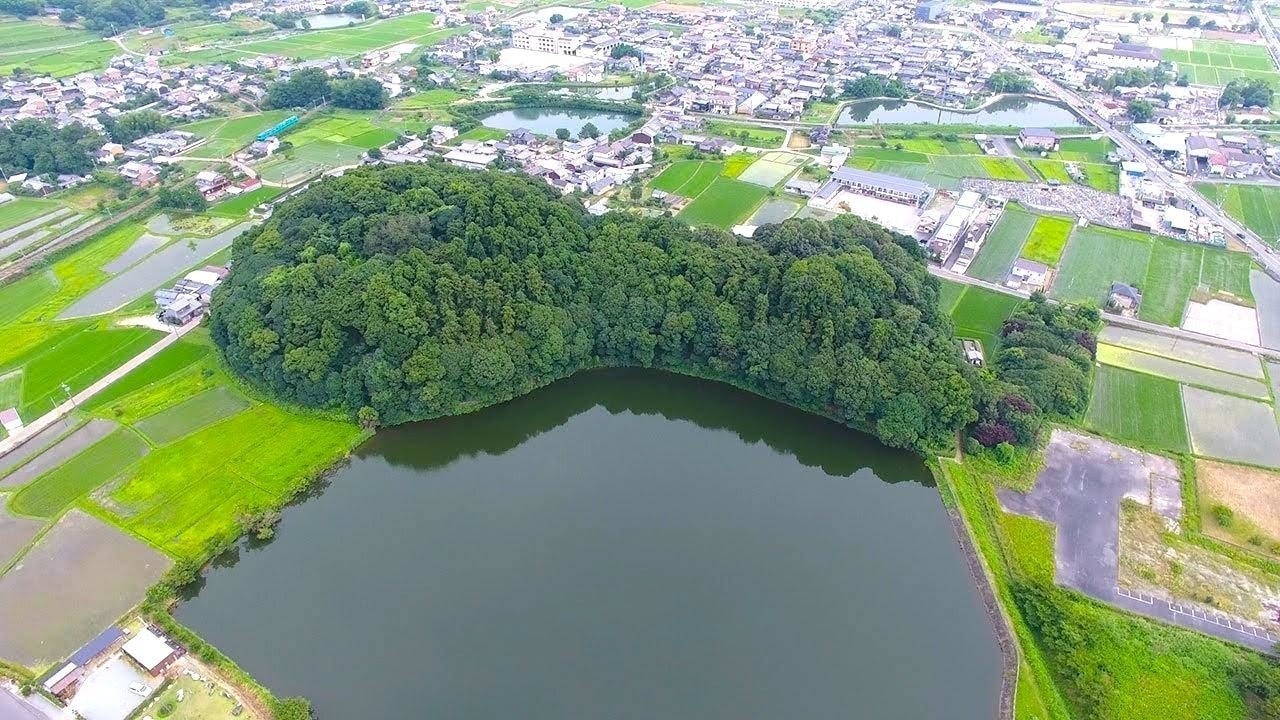 It introduces the oldest burial mound in Japan, found in Nara Prefecture in the Kansai region.
The Hashihaka Kofun is a repellent round tumulus that is over 200 meters long.

Hashihaka Kofun is said to have been built in the late 3rd century, between the Yayoi period (c. 300 BC to c. 250 C.E.) to the Kofun period (c. 350 to C.C. 700).
The Imperial Household Agency manages it as the tomb of Emperor Korei's daughter and therefore, entry is forbidden.

The greenery covering Hashihaka Kofun has been designated as a natural scenic monument of the historical site, and the surrounding moat has been selected as one of the top 100 reservoirs in Japan.
Feel the atmosphere of the mysterious Hashihaka Kofun from the video.

According to the Nihon Shoki (Chronicles of Japan), Hashihaka Kofun is said to be the tomb of the daughter of Emperor Korei.

It is also said that there are similarities between the queen of Yamatai, Himiko, who is described in literature such as Gishi Wajinden.
Some researchers have argued that there has been controversy over the birth of the Yamato kingship and the position of the Hashihaka Kofun.
As you can see from 0:54 in the video, the Municipal Burial Culture Center in Sakurai City, stores a plate-shaped "Shibayama Stone" excavated near Hashihaka Kofun.

Shibayama stone is believed to have been used to build the stone chamber, and it is said that it was taken from basalt excavated in Kashiwara City, Osaka Prefecture, about 18 km west of Hashihaka Kofun.
In addition, many excavated items such as earthenware and wooden products have been confirmed.

In the past, archaeological / historical researchers and others have entered Hashihaka Kofun with permission from the Imperial Household Agency, but the mystery of Hashihaka Kofun has not been clarified.
In 2012, a three-dimensional laser measuring device mounted on a helicopter was used, revealing a detailed portrait.

Also, in January 2020, Kashihara Archaeological Research Institute, which studies Hashihaka Kofun, announced that it would investigate the internal structure from outside using elementary particles called "muon" that penetrate substances.

Attention is being paid as to whether future research results will lead to the unraveling of Hashihaka Kofun.
According to many years of research, Hashihaka Kofun is said to be a rare burial mound in Japan, with no traces of invasion from tomb raiders.

In this article, we introduced Hashihaka Kofun.
There is a group of ancient tombs in the center of Machiko, located mainly at Hashihaka Kofun in Sakurai City, Nara Prefecture.

Access to Hashihaka Kofun is a 15-minute walk from Makimukai Station on the JR Sakurai Line.
There is also a parking lot.
Is it really Himiko's tomb? Soak in the magnificent atmosphere and solve the ancient puzzle.