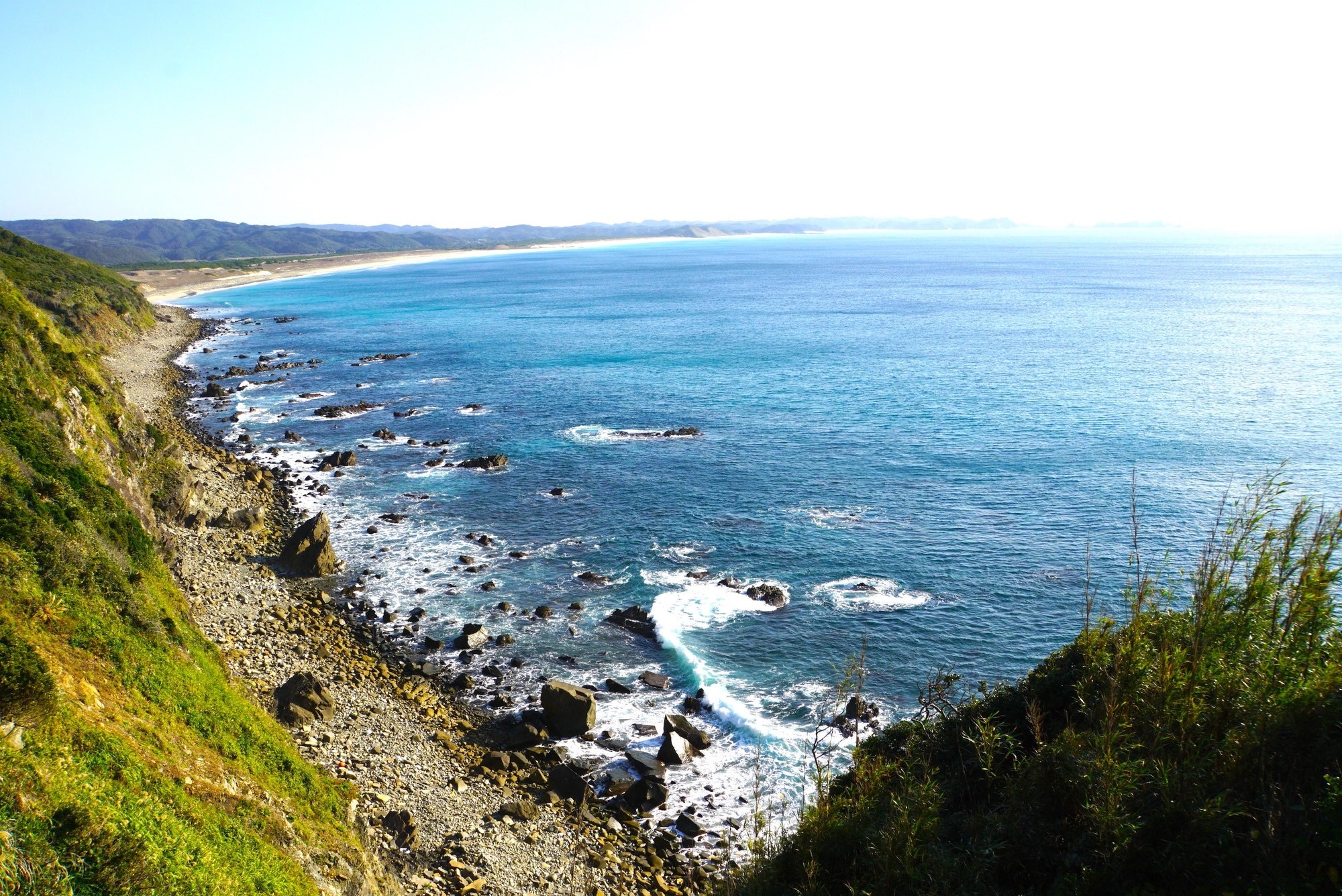 This video, produced by Yomiuri Shimbun Online, is titled "Visiting History Books｜Teppoki｜Kagoshima｜Tanegashima Island."
Tanegashima Island, Kagoshima Prefecture in Japan's Kyushu region (九州地方, Kyushu Chiho), introduced in this video, is known as the place where firearms were first introduced to Japan.

The beginning of the video shows an aerial view of the beautiful Tanegashima Kadokura Cape, taken by drone.
Enjoy the rich natural scenery and the history of firearms in Japan!

Tanegashima Island, Kagoshima is a spot known for being where firearms where introduced to Japan.
The Portuguese, who came ashore Tanegashima Island in 1543, shared firearms, as well as manufacturing and shooting techniques.

Where to See the History of Firearms on Tanegashima

Near the Tanegashima Development Center (Firearms Museum), introduced at 0:41 in the video, there is a statue of Tokitaka Tanegashima, the owner of the island who was said to be the first man who fired the firearms.
Tokitaka Tanegashima is also known for achieving the domestic production of matchlock guns.

Yaita Kinbei Kiyosada, shown at 1:17 in the video, is said to have duplicated the matchlocks and developed the screws necessary for firing the firearm.
This made it possible to mass-produce firearms, and during the Warring States Period many warlords could get firearms at low prices.

In addition to the spots related to firearms, there are many more sightseeing spots on Tanegashima Island. These include places like the Tanegashima Space Center, and Akaogijo Culture Traditional Museum Gessotei.

Be sure to check out the surrounding natural scenery at places like Kishigasaki Lighthouse, Urada Beach, Madate-no-Iwaya Cave, Chikura-no-Iwaya Cave, and the Banyan Tree Arch. In addition, the firearms festival is held every year in Tanegashima Island, and it attracts many tourists.

As shown in the video, Tanegashima Island is a very attractive spot, rich with natural scenery. We invite you to explore the sights of Tanegashima and discover the deep history of firearms.

If you want to know more about firearms and the introduction of Christianity, we recommend visiting the Goto Islands (五島列島, Goto-Rettō) in Nagasaki Prefecture (長崎県, Nagasaki-Ken) as well.

【Official Website】Learn while playing on an Island in the South TANEGASHIMA | The Tanegashima Tourism Association
http://tanekan.jp/en/