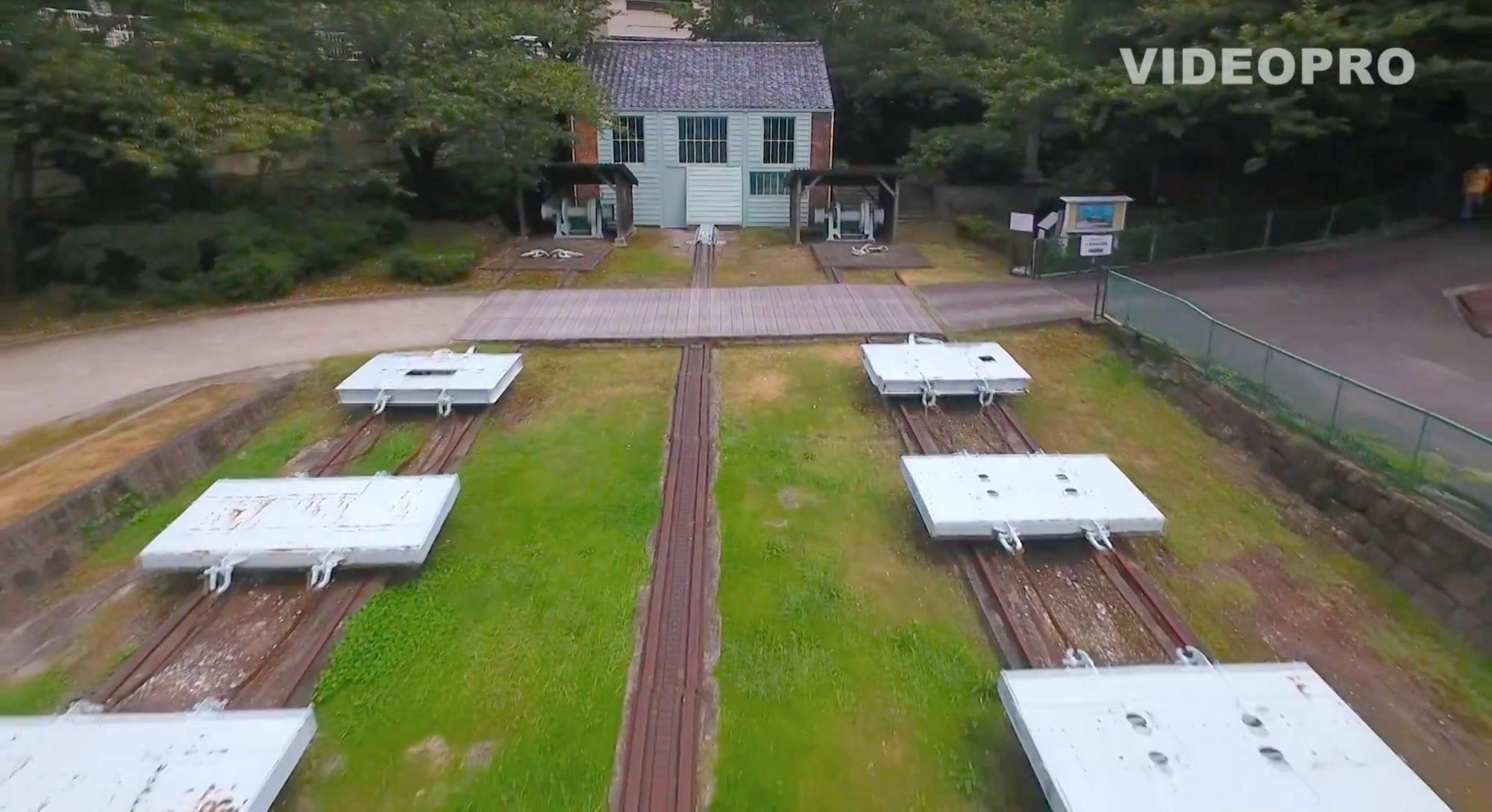 This video, titled "The World Heritage site and Birthplace of the Modern Shipyard 'Kosuge Slip Dock'" (世界遺産、日本の近代造船所発祥の地「小菅修船場跡」), was released by "videopro8570495."

The first Western style dock in Japan, Kosuge Slip Dock is registered as a World Heritage site.
It is in Kusuage, Nagasaki city, Nagasaki prefecture, Kyushu and is the birthplace of the modern shipyard.
It was completed in December 1868.
This Western style dock is used for repairing ships.
The pulling device, powered by the oldest steam boiler in Japan, is installed here.

The Western style dock has a steam engine boiler called “a slipway” with a platform for pulling the ship.
The slipway was called “Abacus Dock” because it looks like an abacus.
“Abacus Dock” is shown from 0:55 in the video.
Also, the boiler that makes steam and the device to pull the 1,000 ton ship is shown from 3:12 in the video.

The History of the Kosuge Slip Dock

The Kosuge Slip Dock was planned by Thomas Blake Glover who was a Scottish trader and the Satsuma Domain Warlords, such as the Ten Great Nobles of the Restoration, Komatsu Kiyokado and Godai Tomoatsu.
The foreign ship repair facility and shipyard, was completed in 1868.

The next year, Thomas Glover ran out of funds in the arms trade.
He sold the Kosuge Slip Dock to the Meiji Government and it became a facility managed by the Nagasaki Iron Factory and owned by Mitsubishi.
After the takeover, it grew to become the current Nagasaki Dockyard of Mitsubishi Heavy Industries, but the business scale was reduced as the ships became larger.
During World War II, the company produced small military ships and managed to make a small comeback, but after the war in 1953, it was closed down.

Now, the oldest brick building is designated as a historic site of Japan.
Its unique brick was called a konjak brick.
In 2015, it was registered as a UNESCO World Heritage site as the “Site of Japan’s Meiji Industrial Revolution: Iron and Steel, Shipbuilding and Coal Mining.” The brick-building is shown from 1:11 in the video.

The Mystery of the Kosuge Slip Dock

Kosuge, Nagasaki city, Nagasaki prefecture was the ideal place for pulling in and pulling out ships, because it has a small cove that extends into the land, but it still remains a mystery why the Satsuma clan was able to locate a shipyard in Nagasaki, which was outside of their domain.
There are four theories:

1. The economic power of the Satsuma clan extended to Nagasaki
2. Kosuge was under the shogun's jurisdiction
3. The shogunate needed a ship repairing dock
4. A trader patronized by Nagasaki was an applicant for construction

The Kosuge Slip Dock, a Sightseeing Location in Nagasaki

The Kosuge Slip Dock is famous not only for its history, but also as a tourist site.
The cottage for pulling up the ships, is open during weekends.
The boiler and the huge gear is really something else.

You can go to Kosuge, Nagasaki city, Nagasaki prefecture by taking a Nagasaki bus from JR Nagasaki station to Kosugemachi. It's about a 15 minute ride and 5 minutes walk.
There is no parking available, so we highly recommend using public transportation.

Did you like the article? The breathtaking views are even more powerful if you learn more about the history and background that played an important role in the history of shipyards at the end of Edo period.
Please visit the Kosuge Slip Dock World Heritage site when you go to Nagasaki!
There are nearby hotels for you to stay at as well.