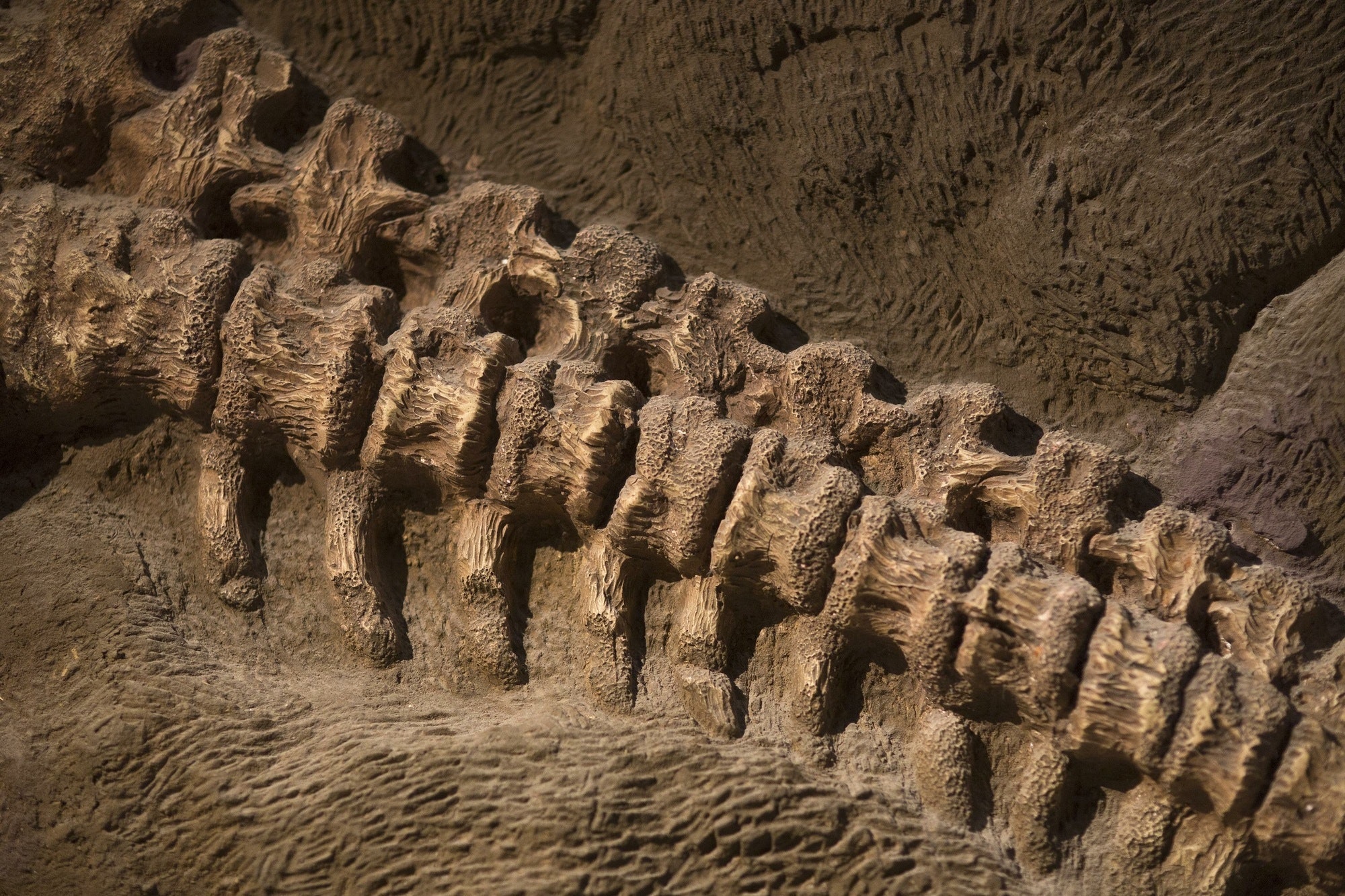 We would like to introduce the video "Dinosaur fossil discovered on the coast of Koshiki Island! The Nippon Foundation Umitonihon PROJECT in Kagoshima 2018 #09（甑島の海辺で恐竜の化石発見！ 日本財団 海と日本PROJECT in 鹿児島 2018 #09）".
The National Museum of Nature and Science (国立科学博物館, kokuritsukagakuhakubutsukan) and Sendai city, Kagoshima prefecture in the Japan's Kyushu region, announced the discovery of a 70 cm long dinosaur fossil on Koshiki Island.

At 0:54 in the video you can see the surprised yet delighted reaction of Miyake Yuka, a staff member at the Koshiki Museum on Shimokoshiki Island (下甑島, shimokoshikishima).
Exactly what kind of fossil did they find?

Koshiki Island is comprised of a chain of islands in the East China sea that lay to the west of Satsumasendai city in Kagoshima prefecture. It is a place abundant with nature and outstanding towering cliffs that rise 200 meters above the ocean floor.

Kamikoshiki Island, Nakakoshiki Island (中甑島, nakakoshikishima) and Shimokoshiki Island make up the Koshiki Archipelago (甑列島, koshikirettou), a place steeped in ancient history which was formed from several uninhabited islands.
The cliff shown at the opening of the video is composed of stratum that was formed from the Cretaceous period to the Paleogene period. The oldest stratum on the island dates back 80 million years.

More About the Dinosaur Fossil Found on Koshiki Island

Koshiki Island is attracting a lot of attention as dinosaur fossils are being discovered one after another.
The joint research team from Satsumasendai city and Kumamoto University (熊本大学, kumamotodaigaku) discovered the 70 cm long dinosaur fossil in 2016, and it is the largest fossil found to date.

You can see the fossil and an interview with Komatsu Toshifumi (assistant professor of the cutting edge science research department at Kumamoto University) from 1:20 in the video.
You can also hear the surprised reactions of the other research team members.

About the Dinosaur Research

From 3:36 in the video, you can hear more about the fossil of an herbivorous dinosaur from the Ceratopsidae family (the first in Japan and third in Asia to be discovered) that was found in 2012.

The ribs and teeth from a carnivorous dinosaur, part of the root of a tooth from a ceratopsian dinosaur, ammonites and other reptile fossils have also been discovered here.
You can also take a look at how fossil cleaning is performed from 3:58 in the video.
You can see how excited the staff member is to have the opportunity to clean such a large fossil.

A year and a half after being discovered, it had become clearer what kind of dinosaur fossil they had found.
The fossil dates back 70 million years and is from the femur of an herbivorous dinosaur of the Hadrosauridae family.
The dinosaur is estimated to have been over 10 meters tall.
You can see an artist's reconstruction of the dinosaur from 5:07 in the video.