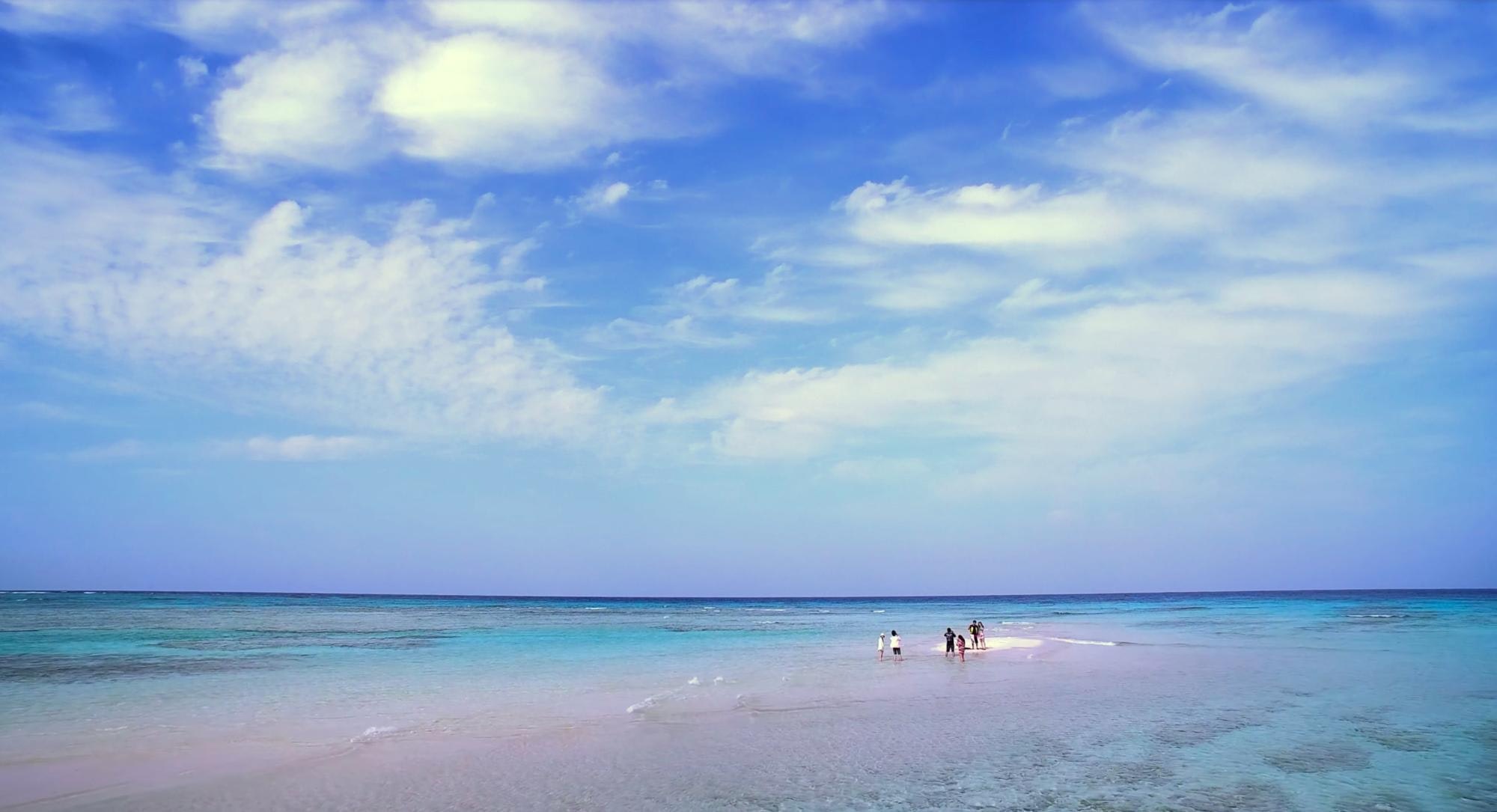 A Bird's Eye View of Kagoshima

This video, titled "Drone Footage of Amazing Islands in Kagoshima, Japan 4K (Ultra HD) - 鹿児島" gives an aerial view of Kagoshima's islands, taken by drone. It was released by "egawauemon."

Are you looking for beautiful your next summer getaway? If so, then you came to the right place.
In this article, we'll introduce tourist information and travel tips for those traveling to the islands of Kagoshima Prefecture!

This video shows aerial views of the remote islands in Kagoshima prefecture, which are overflowing with natural beauty.
There are six remote islands introduced in this video: Yakushima, Yoronjima, Tanegashima, Koshikijima, Kakeromajima, and Amami Oshima.

If you're looking to enjoy water sports and activities on a remote island in Kagoshima Prefecture, we recommend Yoronjima and Kakeromajima.

Yoronjima is an island full of flowers and coral reefs. It has Terasaki Beach, which became famous as a location featured in the movie "Glasses" (めがね), and Yurigahama Beach, a pure white sandy beach that appears only during low tide.
The sea is crystal clear, and in the summer months it's crowded with water sports enthusiasts.

The main tourist attraction on Kakeromajima is the 300-year-old Indian coral tree trees that line the street near the beach.
The bright red flowers on these trees bloom from May to June.
There is also the beautiful beach Surihama, which is called the White Village. Water sports are very popular here.
It's a small island, about 20 minutes by ferry from Amami Oshima, and the main spots on the island can be visited on a day trip.

The Best Remote Islands to Enjoy the Ocean, Mountains and Villages!

If you want to enjoy the beauty of the sea, mountains, and countryside of Kagoshima Prefecture, we recommend Koshikijima and Amami Oshima.

There are many viewing points, such as a coastline with bizarre rock structures and the ruins of a village from the Edo period.
We recommend going for a drive while looking out at the breathtaking scenery.
Koshikijima is located just 50 minutes from Sendai Harbor (川内港) by high speed boat, and it's easily accessible from Kagoshima City, so a day trip to the island is possible.

Amami Oshima is famous for its beautiful blue waters.
The subtropical oceanic climate has led to the emergence of virgin forests, which are home to rare plant and animal species.
The island is home to a wealth of rare flora and fauna, and you can even go on a canoeing adventure through a mangrove forest!

If you're looking for a unique experience you wont find anywhere else, then we recommend Yakushima and Tanegashima.

Yakushima was registered as a World Heritage Site in 1993, and trekking is very popular here.
You can feel the mystical power of Yakushima by walking along popular routes, such as Shiratani Unsui Gorge.
Yakushima also has hot springs, and the Hirauchi Kaichu Natural Onsen (hot springs), which emerge from the sea for just two hours before and after low tide, are a tourist attraction not to be missed!

Tanegashima is famous as the birthplace of guns in Japan.
A visit to Tanegashima Space Center, which sits at the forefront of space research and development, is another experience you don't want to overlook.

Once You've Had Your Fill of the Remote Islands, It's Time to Grab a Bite to Eat!

After visiting the islands of Kagoshima, you'll want to try some of the delicious food and go sightseeing in the area.
There's delicious Berkshire pork, Japanese black (a Japanese cattle breed), and Shochu (Japanese liquor)! In the city center, you can buy souvenirs and enjoy delicious gourmet food, including Kagoshima ramen, satsuma-age (fried fish cakes), and kibinago (Silver-stripe round herring).

Kagoshima was the birthplace of Saigo Takamori, and it is also home to many famous samurai residences and more.
Take a trip to the area and learn about the history of Kagoshima!

This video, "Drone Footage of Amazing Islands in Kagoshima, Japan 4K (Ultra HD) - Kagoshima," shows the beautiful scenery of the remote islands of Kagoshima.
For those looking to enjoy the natural beauty of Kagoshima's remote islands, be sure to check out the video!