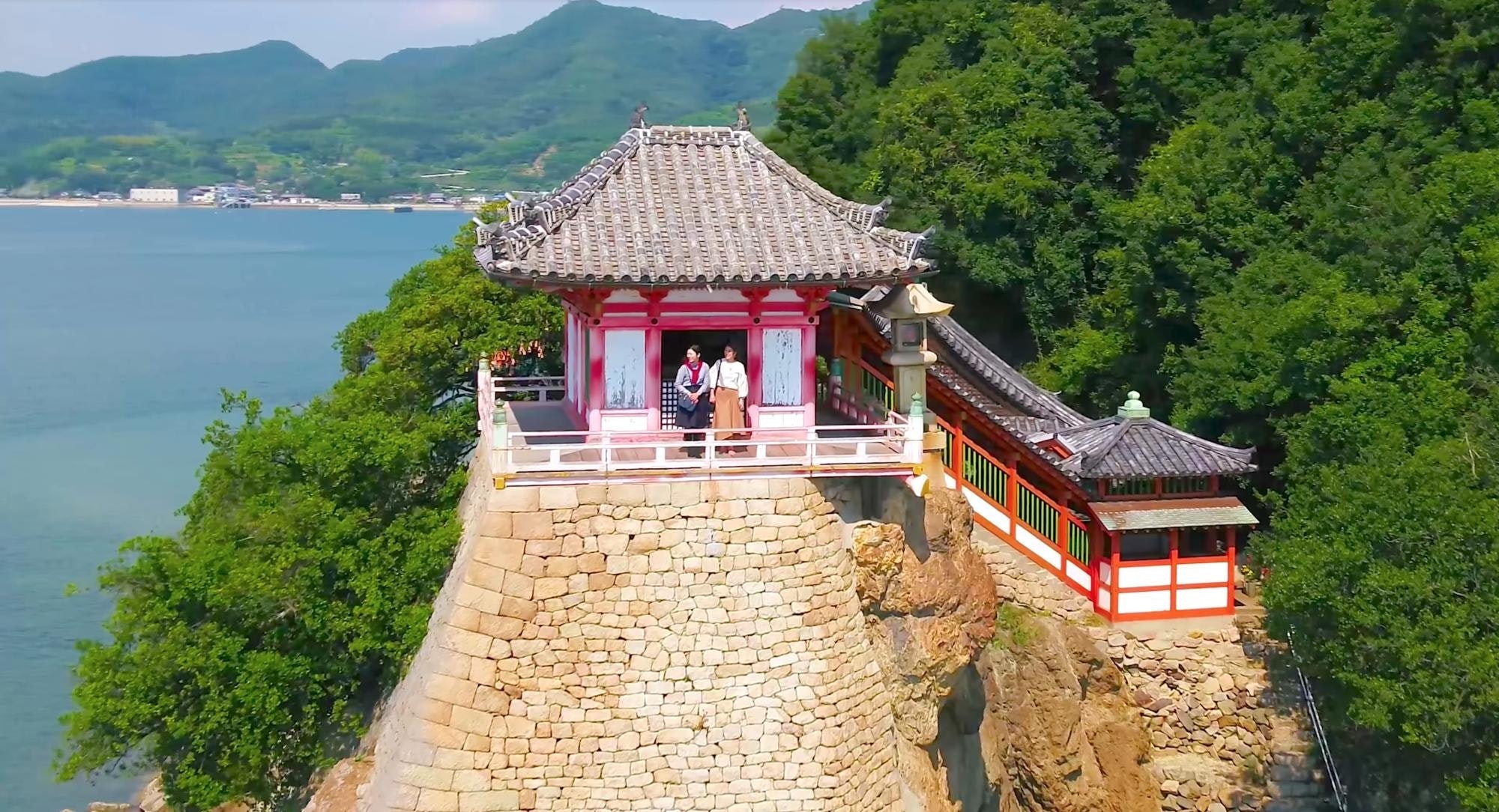 We would like to introduce our video [Fukuyama city, Hiroshima prefecture 4K Promotional video](広島県福山市 ４Ｋプロモーション映像) which was created by Fukuyama city.

Fukuyama is an industrial city located in Hiroshima prefecture in the Chugoku region (中国地方) of Japan. The population is approximately 470,000.
Mizuno Katsushige, the man who founded Fukuyama han, was the cousin of the Tokugawa Ieyasu, the first shogun of the Tokugawa shogunate.
Fukuyama castle (福山城, fukuyamajou) was built as a base for the Tokugawa Shogunate in the west of Japan and the city quickly developed around it.
Fukuyama castle is situated right next to Fukuyama station, a stop on the Shinkansen Nomomi Line.
You can see the castle at 0:16 in the video.

There are many interesting places to visit in Fukuyama.
The view of the sea makes it the perfect place to take a stroll along the beach.
We'll introduce many places like this throughout the video so please enjoy!

Shrines and temples in Fukuyama!

Fukuyama has flourished as a port town since ancient times and is a town full of history, dotted with many shrines and temples. Kusadoinari shrine (草戸稲荷神社, kusadoinarijinja), a shrine dedicated to the gods of harvest and business, and Enpukuji temple are well-kept secret spots in Fukuyama with picturesque scenery.
As you can see in the video from 03:02, there are many cats in the area around Enpukuji temple making it a definite must-go spot for cat lovers.

Ashidagawa River, the Kusado Sengen ruins (草戸千軒町遺跡, kusadosengenchou iseki) and the Tomonotsu store, a store which demonstrates architecture from the late Edo period, are other examples of popular tourist attractions in Fukuyama.
The views of Tomonoura from the clifftop Abuto Kannon, a place visited to pray for a safe birth and child rearing, are also spectacular.
You can take a look at the views from 1:51 in the video.

Enjoy the beautiful views of the sea from Fukuyama city!

The beautiful natural scenery of Tomonoura, looking onto the Seta Inland Sea, which you can see from 2:10 in the video, has been designated a Japanese Heritage Site.
This area is also famous for being the setting of the Studio Ghibli movie Ponyo.
The famous Japanese samurai Sakamoto Ryoma was also known to have spent time here.
When you visit Fukuyama, it would also be worth taking a trip across the Seto Inland Sea on the Heisei Iroha Maru to Sensuijima. It only takes 5 minutes to get there as well!

There are also hotels and ryokan accommodations in Sensuijima as well.
Sensuijima is famous for its two places of power (spiritual places): Ryuujinhashi (龍神橋) and Goshokuiwa (五色岩).
A giant lamp, which served as a lighthouse in the past before there was electricity, is the symbol of Tomonoura and a popular sightseeing spot.

The uninhabited islands Tamatsushima and Bentenjima are great places to take some nice shots to share on social media.
We also recommend trying some fresh seafood at a restaurant by the sea, its guaranteed to be some of the best seafood you've ever eaten!
Other local cuisine we highly recommend: Onomichi ramen and Hiroshima-style okonomiyaki.

As you can see from the video, there are many sightseeing spots to visit in Fukuyama city.
Thanks to the warm climate and cool breeze from the Seto Inland Sea, it is a place you can enjoy visiting any time of year.

Please enjoy watching the video of the well-kept-secret Fukuyama city, a city steeped in beautiful scenery and history.