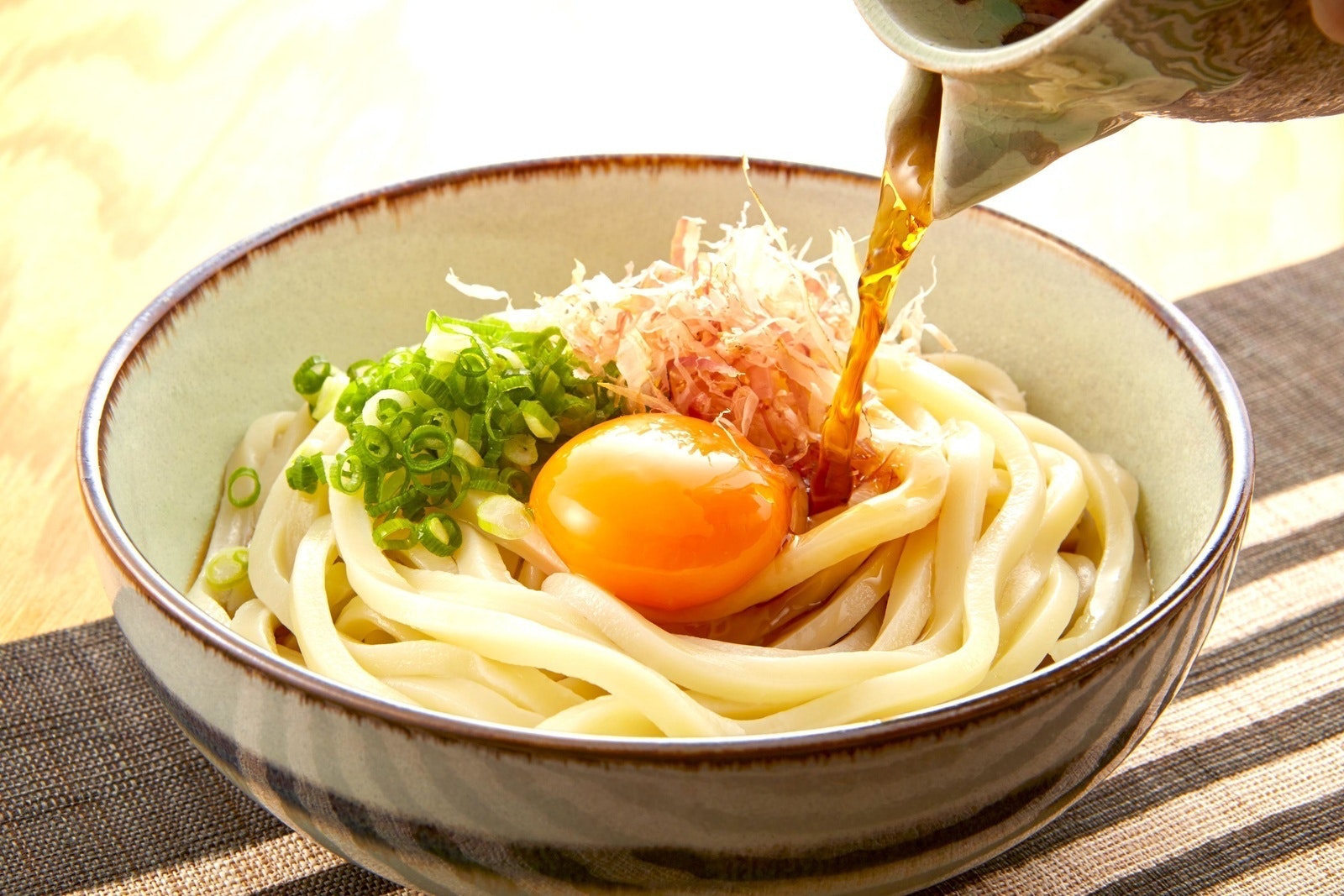 As you may or may not know, Kagawa Prefecture is famous for its Sanuki udon.

You can see delicious looking udon, such as kake udon or kamaage udon during this video (0:34).
However, Kagawa Prefecture has more to offer than just its delicious udon!

Art and History in Kagawa

Naoshima (直島: Naoshima), shown in the video (1:00), is a famous island where you can enjoy modern art.
If you want to immerse yourself in the world of art, we recommend visiting Kagawa Prefecture's Higashiyama Kaii Setouchi Art Museum, the “Marugame Genichiro – Inokuma Museum of Contemporary Art,” and Kagawa Prefectural Art Museum.”
Also, don't miss the Hyoryu Post Office, with a collection of unaddressed letters, and Zenigata Sunae of Kannongi City (観音寺市: Kannongi – Shi ).

Kagawa Prefecture, is also famous for Shikoku Henro, a pilgrimage through the 88 temples of Shikoku.
You can visit famous historical temples, shrines, and castles such as Kotohiragu, Zentsuji, Marugame jyo and Takamatsu jyo.
We also recommend checking out Japanese traditional art and culture at the former Konpira Grand Theatre, the oldest theatre in Japan.

Also you shouldn’t miss Chichibugahama (父母ヶ浜: Chichibugahama), an instagrammable location known as the “Salar de Uyuni of Japan,” and Honenike Dam, a dam with the oldest masonry in Japan.
If you have children, we recommend visiting New Reomaworld or Sanuki Kodomonokuni.

Kagawa prefecture, facing the Seto Inland Sea, has more than enough tourist locations to see during a one or two day trip.
We recommend lining up your visit with the Sanuki Takamatsu Festival, the Kotohira Festival, the Sanuki Toyohama Chosa Festival, and other popular festivals and events if possible.

There is various transportation, including buses and trains, in Kagawa prefecture as well.
You can go anywhere you want without needing car.
Also there are many places to stay as well, making Kagawa Prefecture very tourist friendly.
If you want to see beautiful views and rare contemporary art, be sure to visit Kagawa Prefecture!