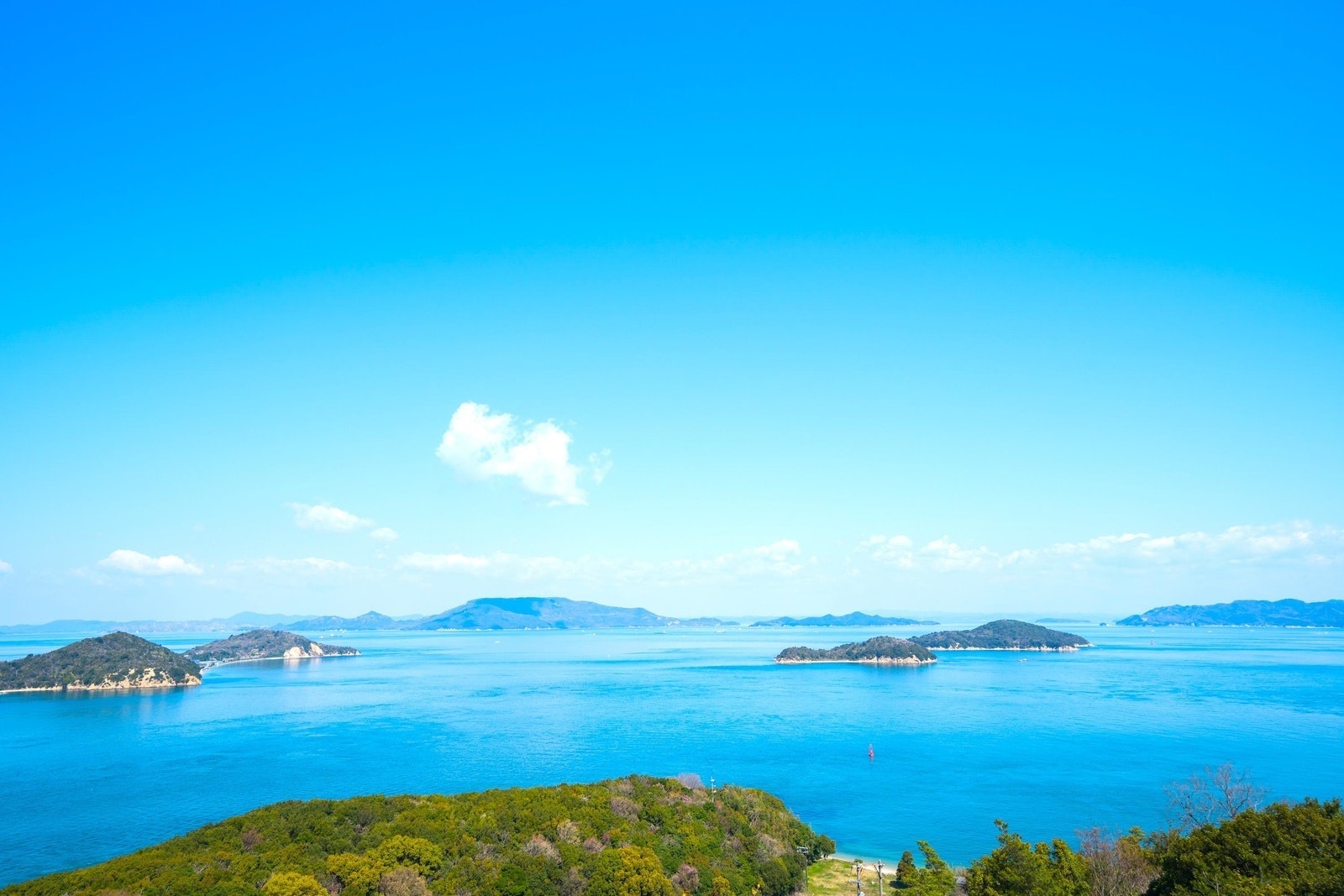 The Islands of the Seto Inland Sea

This time, we bring you a video with a superb view of the islands of the Seto Inland Sea. The video “Kagawa's Best Holiday - Awashima, Shishijima, Ibukishima, and Shonai Peninsula" (かがわ極上休日 粟島・志々島・伊吹島・荘内半島), is produced by Kagawa Prefecture's channel “Udonken.”
The Seto Inland Sea area, famous for the Seto Ohashi Bridge, which is introduced in this video, has about 700 islands and beautiful scenery.

Shodoshima is one of the most famous islands in Shikoku, but the Seto Inland Sea has many other attractive and recommended tourist attractions.
This video summarizes four recommended sightseeing spots in Awashima, Shishijima, Ibukijima and Shonai Peninsula all in under 3 minutes.
Enjoy the video of these beautiful, natural tourist destinations.

About 15 minutes from Suda Port in Kagawa Prefecture, Awashima is characterized by its three-winged screw-like shape.
It is known for being home to the National Maritime Training School founded in the Meiji era (1868-1912 AD) as well as the Awashima Ocean Memorial Hall.

Saya Kubota's work, "The Missing Post Office," which stores letters in unknown boxes in a post office, and a buoy garden which is decorated with cute art using buoys floating on the sea, are also popular tourist attractions.
We recommend taking your time and watching the sun set on the calm Nishihama beach.

From 0:51 in the video, you can see Shishijima, in Kagawa Prefecture, which is a small island characterized by mountainous terrain.
The 1200-year-old camphor tree on the island is a large tree designated as a natural monument of the prefecture.
You can see the enormous, powerful camphor tree from 1:01 in the video.

Climb to Kusunokikura Observatory, where you can overlook the Seto Inland Sea, and enjoy the scenery in harmony with nature.

On the sea side of the island, there are many Iriko processing plants referred to as "Iriba."
Visit unusual sights such as the Ibuki Folk Museum and the mysterious "Toilet House," an Instagram-worthy piece of art.

Finally, we introduce the Shonai Peninsula, which can be seen from 2:04 in the video. From here, you can overlook the beauty of the Seto Inland Sea from the Shiudeyama Observation Deck.

There are many other famous islands besides the islands introduced in this video.

Each of the islands featured in these videos has its own unique characteristics. Which one's your favorite?