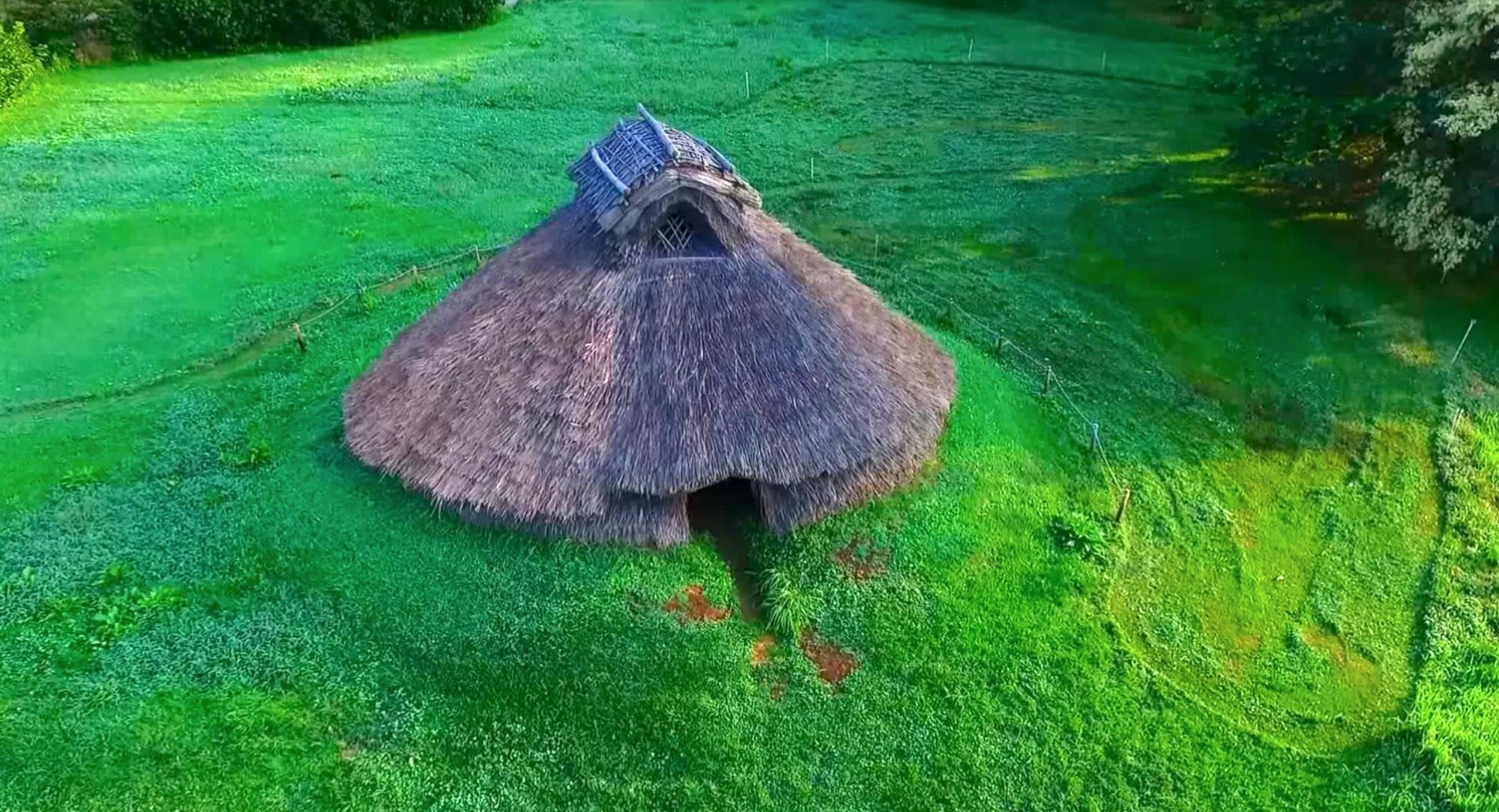 This video, titled "Idojiri ruins・ Pit-house（井戸尻遺跡 竪穴式住居）," was created by "Solar Kanki."
It was filmed via drone to give viewers a bird's eye view of a pit-house at the Idojiri ruins located in Fujimi, Suwa county, Nagano.

In this video, you can see the historical Japanese landmark in high definition.
The contrast of color in the thatched roof and the green of nature is very beautiful.
It is a must-see video for those who love history and nature.
In this article, we'll talk about the beauty of the Idojiri ruins' pit-house.

What Is the Idojiri Ruins?

The Idojiri ruins is located in Fujimi, Suwa county, Nagano in Japan's Koshinetsu region.
They are the ruins of a settlement from the Edo period and it is a must-see spot for people who love history.
It was registered as a national historic site in 1966.
There is also a stone monument in the park from when it was designated as a historic site.
Many archaeological sites were created due to the need for spring water from Yatsugatake, around Idojiri ruins.

What Is a Pit House?

Construction of a pit house begins by excavating a pit in a circle or square.
Add several poles to make the framework of the house, and finally, use soil and reeds to make the roof and walls.
Seeing the quaint pit house video will make you feel at peace.
Please take a look at the the video at 0:06 to see this.

The pit houses were relocated from a residential site discovered in Idojiri ruins and fully had their appearances fully reproduced.
You can look inside the pit house and see the ancient fireplace which was a must-have item back then.

There are also houses, food, clothing, and earthen figures from the Jomon period that you can check out.
It's fun to imagine what life was like in the Jomon period by watching these items.
There used to be fun events such as bow and arrow making, as well as making goods of ancient times.

Around the ruins is a great place surrounded by nature.
Rice fields, lotus flowers, lilies and irises are all in the vicinity.
It is a perfect place if you are looking for a view that is distinct to Japan.
The view of the pit house in Idojiri ruins is surrounded by lots of beautiful trees and makes for a great Instagram location!
Take a look at 0:06 to see the outstanding view.

The video "Idojiri ruins・ Pit-house" created by "Soloar Kanki," has a bird’s eye view filmed by a drone.
The beautiful scene of Idojiri ruins park will take your breath away with the peaceful view such as the rice field and a watermill.
Be sure to check out the video if you're interested in the Idojiri ruins.