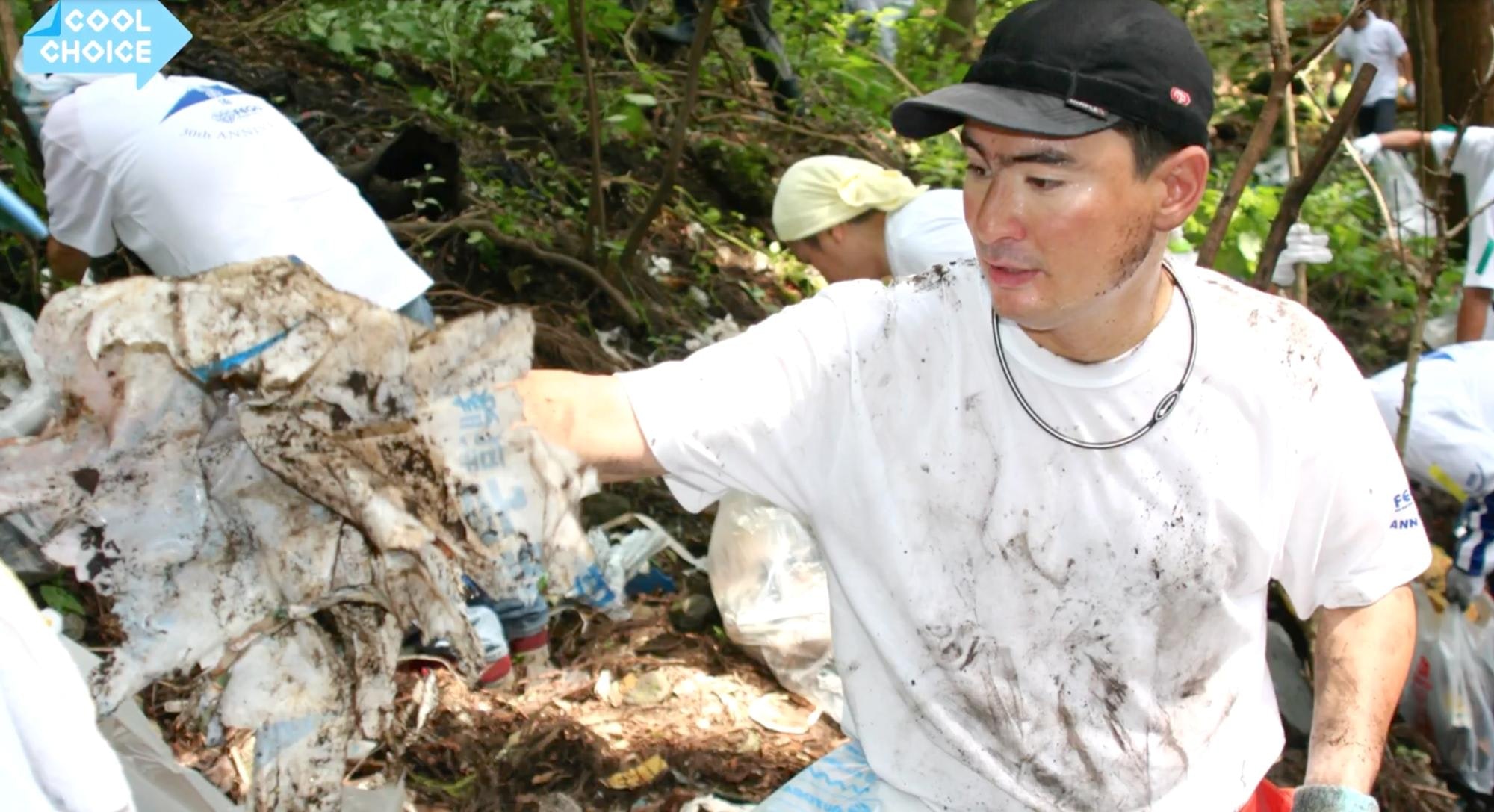 The Cool Choice Project is an educational activity that was launched in 2015 to introduce the efforts of the Ministry of the Environment to tackle global warming and call on all people to help fight global warming caused by carbon dioxide.

Who Is Ken Noguchi?

He first came to Japan when he was four years old, and at first, wasn't able to speak any Japanese. His parents also divorced when he was in elementary school.
When he was suspended from high school, he received a copy of "Risking My Youth on the Mountains" by mountaineer Naomi Uemura and had his first mountain climbing experience.
Even when he was unsure of what to do after graduating from high school, this book inspired him to enroll in Asia University with the goal of conquering the Seven Summits.

Ken Noguchi is currently married, with a wife and daughter.
It became a hot topic on a TV variety show when it was revealed that he and his wife had lived apart for 15 of their 16 years of marriage and that he had set up a separate house in Otsuki, Yamanashi Prefecture, far from his home, and that even when he was in Japan, he stayed there.
His daughter, Eko Noguchi, is a TV personality and mountaineer that does mountain climbing activities with her father.
You can find more information about Ken Noguchi and his daughter on Twitter and blog, so if you're interested, be sure to follow him.

-Biography-
・ Climbed Mont Blanc, the highest peak in the European continent, at the age of 16.
・ At the age of 17, climbed Mt. Kilimanjaro, the highest peak on the African continent.
・Set the record for the youngest person to climb Mt. Everest at the age of 25.
・ Established the Sherpa Fund for Sherpa orphans who died in 2000
・ Established the Manaslu Fund in 2006 to support children's education in Sama Village
・ Currently engaged in cleaning and climbing the Himalayas and Mt. Fuji as a representative of NPO PEAK + AID

At 1:00 in the video, Noguchi talks about his reasons for wanting to clean up the environment. A truly admirable task.

When climbing Everest for the first time, he noticed there was a lot of garbage, some of which had Japanese writing on it.
According to the Sherpas, Mt. Fuji is famous for being one of the most trash-filled mountains in the world, and the Japanese climbers are considered a nuisance because they just kept littering.
Hearing this, Noguchi's ego as an alpinist began to change.
From 2:38 in the video, Noguchi says, "Above all, it's important to understand our impact on nature." Without mountains, there'd be no mountaineering. Understanding this, Noguchi desired to keep clean the mountains that he treasured so.
If you love the sea, you clean the sea.
The first thing to do is to discover a connection with nature, even if it's subjective, just wanting to clean the place that you love, that's a start.

In addition to his work as a mountaineer, Ken Noguchi also focuses on environmental education and organizes classes to clean up mountains around Japan, including Mount Fuji.

You can see some of his activities at 2:44 in the video.
We hope you take a look at Mr. Noguchi's interview and think about your own impact on the environment.