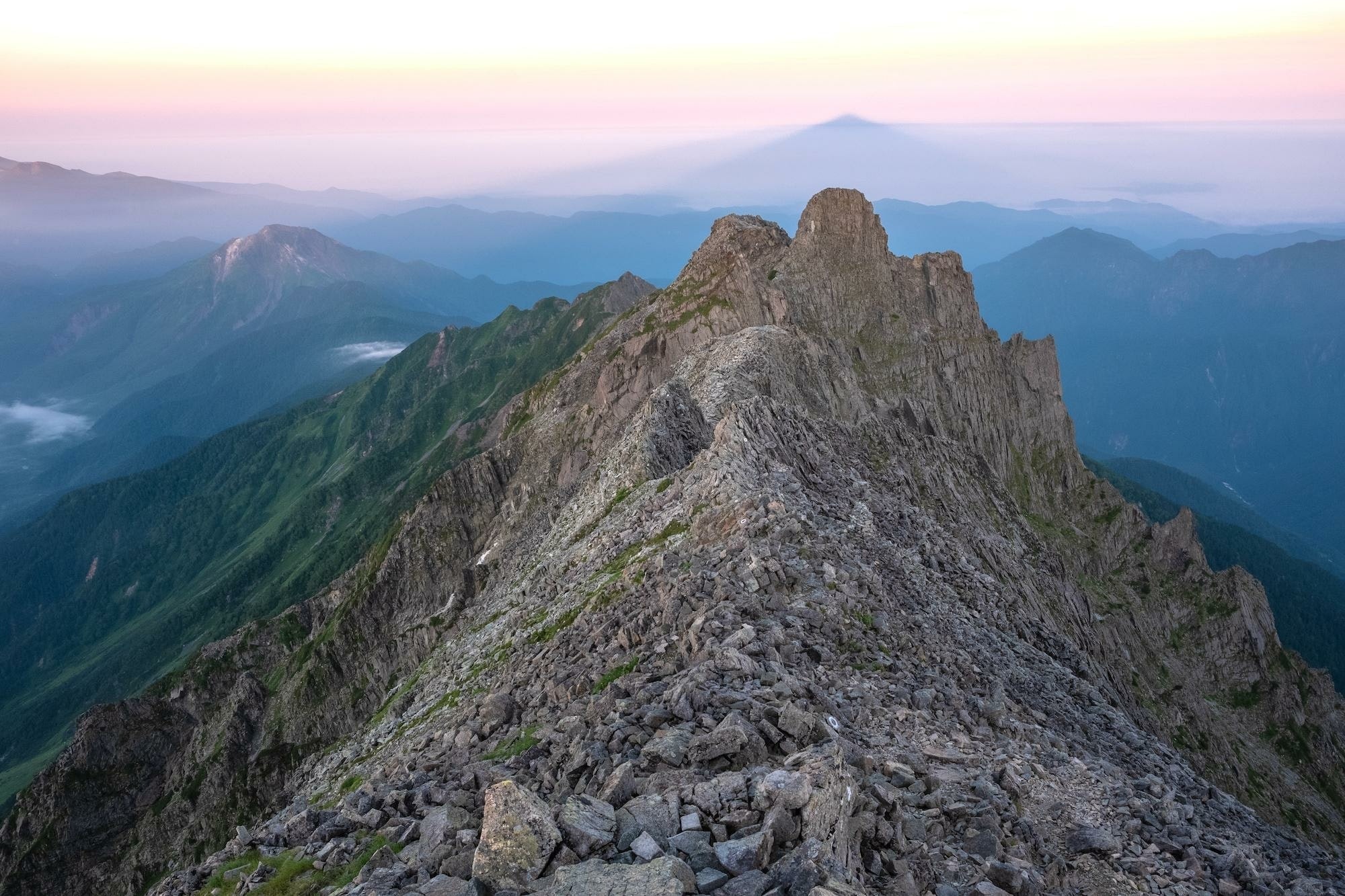 Climbing Round Trip From Mt. Oku-Hotaka to Uma no Se: Video Introduction

Mt. Oku-Hotaka is the main mountain of the Hotaka Mountain Range, which straddles Nagano and Gifu prefectures in the Hida Mountain Range of Chubu-Sangaku National Park in the southern part of Japan's Northern Alps. At 3,190 meters above sea level, it is the highest peak in the Northern Alps and the third highest in Japan after Mt. Fuji and Mt. Kita.
Mt. Oku-Hotaka (奥穂高岳), Mt. Karasawa (涸沢岳), Kita-Hotaka (北穂高岳), Mae-Hotaka (前穂高岳), Nishi-Hotaka (西穂高岳), and Mt. Myojin (明神岳), are collectively referred to as Mt. Hotaka.

It is said that the origin of the mountain's name comes from a legend that a god named Hotakami-no-Mikoto descended to the summit of Mt. Oku-Hotaka. Even today, the mountain is revered as a sacred mountain by local people, who visit and climb it to pray.

The first person to summit Mt. Oku-Hotaka was surveyor Gunji Abe in 1906. With its challenging routes, powerful rocky ridges, and panoramic views from the ridge, Mt. Hotaka continues to attract many climbers to this day.

The Geological Features of Mt. Oku-Hotaka

Here, we'll take a look at the geological features of Mt. Oku-Hotaka
・Volcanic Terrain
Mt. Hotaka, including Mt. Oku-Hotaka, is formed mainly of dacitic ignimbrite called "Hotaka andesite." This rock was formed by pyroclastic flows during an eruption approximately 1.75 million years ago, and was uplifted 2,000m over a period of 1 million years after a large-scale eruption.

・Glacial Landforms
Many glacial landforms have been observed on Mount Hotaka. Glacial landforms are landforms created by glaciers that have accumulated soil, sand, rocks, etc., while carving away the land below.

Photo：Uma no Se on Mt. Oku-Hotaka

Mt. Okuhotaka, a famous mountain climbing spot, has a narrow ridge called "Uma no Se" (horse's back), which is steep and features cliffs on both sides. Because of how steep it is, it's also a dangerous place where falling accidents occur frequently.

The slopes, which look like a combination of rubble, require extreme caution in order to prevent accidents. In the video, you can see how they decide not go to Gendarme (a rocky summit between Mt. Oku-Hotaka and Mt. Nishi-Hotaka), and instead decide to descend via Uma no Se. It's as realistic as if you were there yourself. The sound of the wind, the hands gripping the rocks, the shadows of climbers moving toward the spectacular views... the power of these scenes draws you in.
[Video] 5:44 - Advancing Along Uma no Se

Here are the routes of Mt. Oku-Hotaka according to difficulty level:

・Kamikochi Course (上高地コース) - The recommended route for beginners
Starting from Kamikochi Bus Center, the most common route is [Myojin (明神) - Tokusawa (徳沢) - Yoko (横尾) - Hontanibashi (本谷橋) - Karasawa (涸沢) - Mt. Hotaka Hut (穂高岳山荘, Hotakadake Sanso), Mt. Oku-Hotaka]. Your itinerary should be arranged according to your physical fitness. It is common to stay overnight during the climb.

・Kenkyakusha-Muke Course (健脚者向けコース)
The rough route is [Shin Hotaka Onsen (新穂高温泉) - Shirade Hut Ruins (白出小屋跡) - Mt. Hotaka Hut (穂高岳山荘), Mt. Oku-Hotaka].
The trailhead is at Shin Hotaka Onsen. Since there are some points on the ascent where it's easy to make a mistake on the route, it's recommended that you be accompanied by an experienced climber. Furthermore, since route conditions change according to lingering snowfall, it's necessary to check trail conditions ahead of time.

In this article. we introduced one of the three tallest peaks in Japan, Mt. Oku-Hotaka, and Uma no Se. Although there are dangers, such as slips and falling rocks, Mt. Oku-Hotaka is a thrilling mountaineering experience that features spectacular views of nature that attracts many climbers. Although the climb is not without its dangers, the view from the summit and the thrill of climbing over Uma no Se is said to be exceptional. If you wish to take on this challenge, please do your research and go fully prepared. That being said, if you're just here to enjoy some of the views, hopefully the video is enough for you.