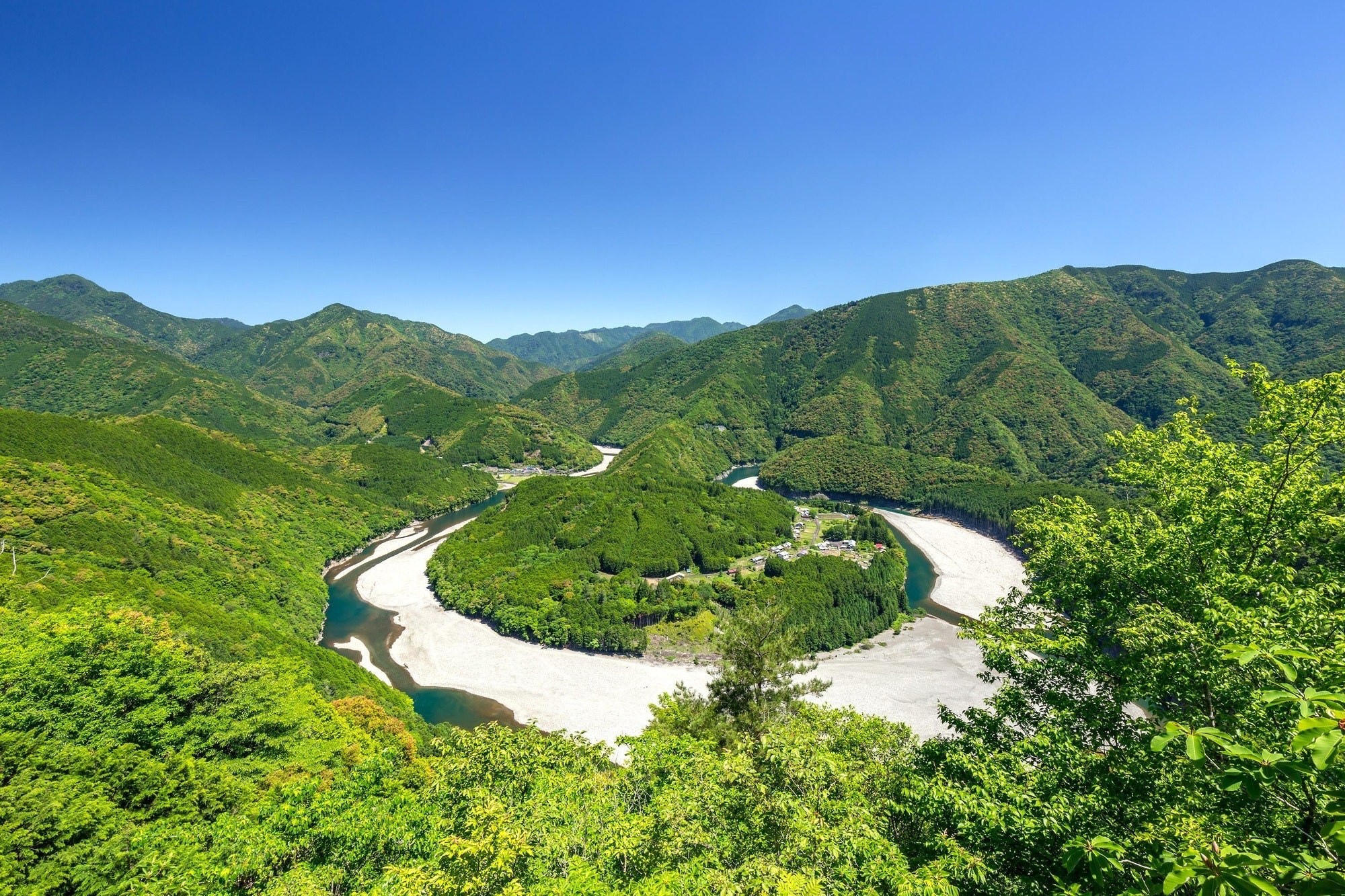 A Mysterious Power Spot in a Valley Surrounded by Mountains? More About the Unexplored Area of Kizuro, Japan

Kizuro is an unexplored region in Japan in the town called Kiwa (紀和町, kiwachou). Kiwa is located in Kumano city, Mie prefecture in the Tokai region of Japan.
It is one of the most uniquely structured settlements to be found in Japan and attracts many tourists as it is thought to be a power spot.
It has also been featured in the Japanese TV show "Nani kore, Chinkyakkei" (What's this? 100 Famous, Bizarre Views) and looks identical to a location from the movie "Your name" (君の名は, kiminonawa).

In this video, we introduce to you the Kizuro Village through aerial drone photography.

Kizuro: An Unexplored Region of Japan. Why Is It Shaped So Strangely?

Kizuro Village is located in a basin surrounded by mountains in a town called Kiwa in Kumano city, Mie prefecture.
It is situated in the center of a white, oval area of land with a river running through it.
The unusual and unique shape of the terrain is one of the characteristics of this small, ancient settlement.
You can take a look at the terrain from 0:07 in the video.
Depending on which direction you look at it from, the terrain appears circular and the highest point from which you can see it is the top of Mt. Shimzau (嶋津山, shimazuyama) in Kumanogawa, Shingu in Wakayama prefecture.
The mountain path is very steep and rugged so please take a map if you plan on climbing it. The mouth of the Kitayama river (北山川, kitayamagawa) which surrounds Kizuro Village is part of the Kumano pilgrimage which is registered as a World Heritage Site.
The settelement of Kizuro is thought to have been formed approximately 1500 years ago after the eruption of a volcano caused the land to sink and was slowly eroded by the surrounding Kitagawa river, the shape of the settlement is still changing today.

It has become a popular tourist spot because of its photographic terrain which looks similar to a UFO landing spot, with tour buses even operating in the area.
There is an ancient practice in Asia called Feng Shui that can be used to forecast or predict fortune by reading the energy in an area.
Feng Shui masters believe that the unique terrain surrounding Kizuro Village makes it a very important power spot.

Being referred to as an "unexplored region" you would think that the area is very isolated, and therefore deserted, however in 2015 there were eleven people living in the area.
The main industry is forestry, and lumber from the area (Kumano) is very valuable and is sold at a high price.

Outdoor Activities in Kizuro, an Unexplored Region of Japan

In the opening of the video you can see a car, however there are very few car parks in the area and it could also be said that the access is rather inconvenient.

However, a lot of outdoor activities can be enjoyed nearby such as camping, mountain climbing, an observation deck, rafting, Ikadanori and the flower grotto.
It is a great spot to experience outdoor adventures!

The unexplored region of Kizuro is also popular as a hot spring area.
Many people come to visit Yunokuchi Onsen which is surrounded by the Kumano mountains where the water is said to have healing benefits.

What do you think of Japan's Kizuro Village?
If you decide to visit Kizuro Village, there are many other tourist spots you can enjoy in the area, such as the Maruyama-senmai Rice Field, Shishiiwa and Onigajou.

You can access Kizuro from Kumano city center in approximately 60 minutes by car.
For more information, please send any questions to the Shimazu tourist bureau (嶋津観光局, shimazukankoukyoku) (self-proclaimed as the smallest tourist bureau in Japan).