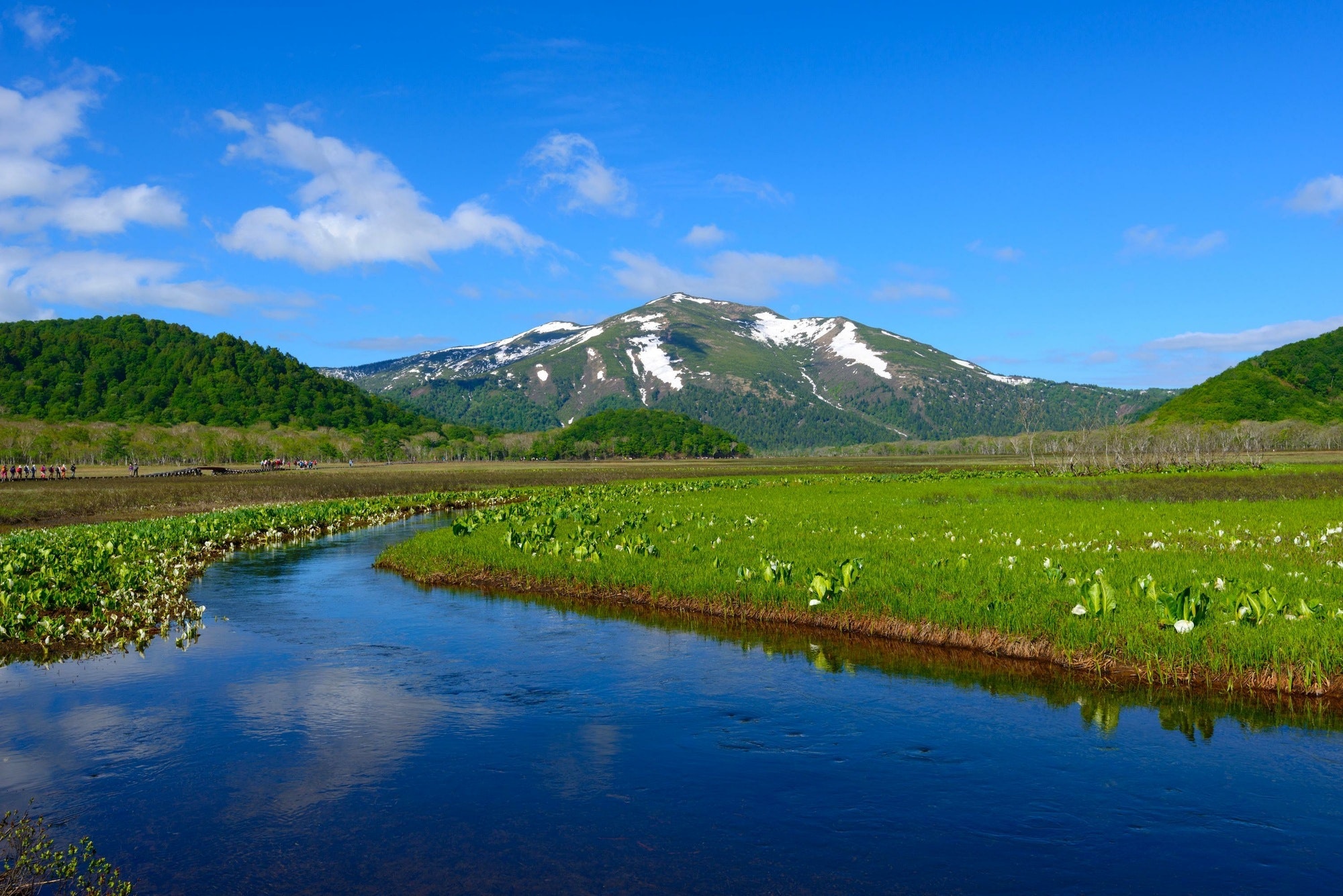 About the Fukushima Oze Introductory Video

Walking along the promenade of Fukushima Oze Route, you can enjoy the natural scenery of Japan's four seasons.
Take a shuttle bus to Numayama Pass, the starting point of the Oze Route, and then proceed to the Oe Marsh, which can be seen from 1:15 in the video.

You'll also find seasonal alpine plants, such as skunk cabbage and day lilies, blooming in the Oze Highlands and around Lake Ozenuma in the spring, creating a magnificent view, as shown at 0:51 in the video.

There is a fishing pond full of char in Hinoemata, a village where you can enjoy fishing surrounded by nature.
We definitely recommend stopping by Sanjo Falls, one of the Top 100 Waterfalls in Japan.
In Oze, be sure to drop by famous places, such as Hashiba no Banba and Seirou-zukuri Itakura (セイロウ造り板倉), a famous place in Nushiri-daira.
Hinoemata Shrine also has a stage where you can see traditional Hinoemata Kabuki.

The area around Hiuchigatake, one of the 100 Famous Japanese Mountains​, that can be seen from 1:34 in the video, is another recommended sightseeing route.
Visit the summit of Hiuchigatake from Lake Miike via Hirosawa Tashiro and Kumazawa Tashiro.
After sightseeing in Oze, you can head over to Hiuchi no Yu (燧の湯), a hot spring at the foot of Mt. Hiuchigatake.
There is also an open-air outdoors bath, so you can spend an excellent time bathing while gazing at the vast nature.

Events and Gourmet Food in Oze

The "Fukushima Oze-Hinoemata Mountain Festival" is held every year at Fukushima Oze.
There are hiking tours, outdoor events, stage shows and workshops, and markets where you can shop for outdoor goods, so we recommend lining up your trip to visit Fukushima Oze at the time of this event.

If you're looking to enjoy delicious food in Oze, we recommend Aizu's famous mountain dish, "Tachi-soba."
At Mini Oze Park, you can buy a mysterious dessert called "salamander gelato" (サンショウウオジェラート).

Oze, with its abundance of nature, is closed in the winter due to the cold weather, but is a great tourist attraction for hiking in the warmer months.
In addition to beautiful natural spots like the ones shown in the video, there are also spots where you can enjoy traditional performing arts and local cuisine, so be sure to check it out!