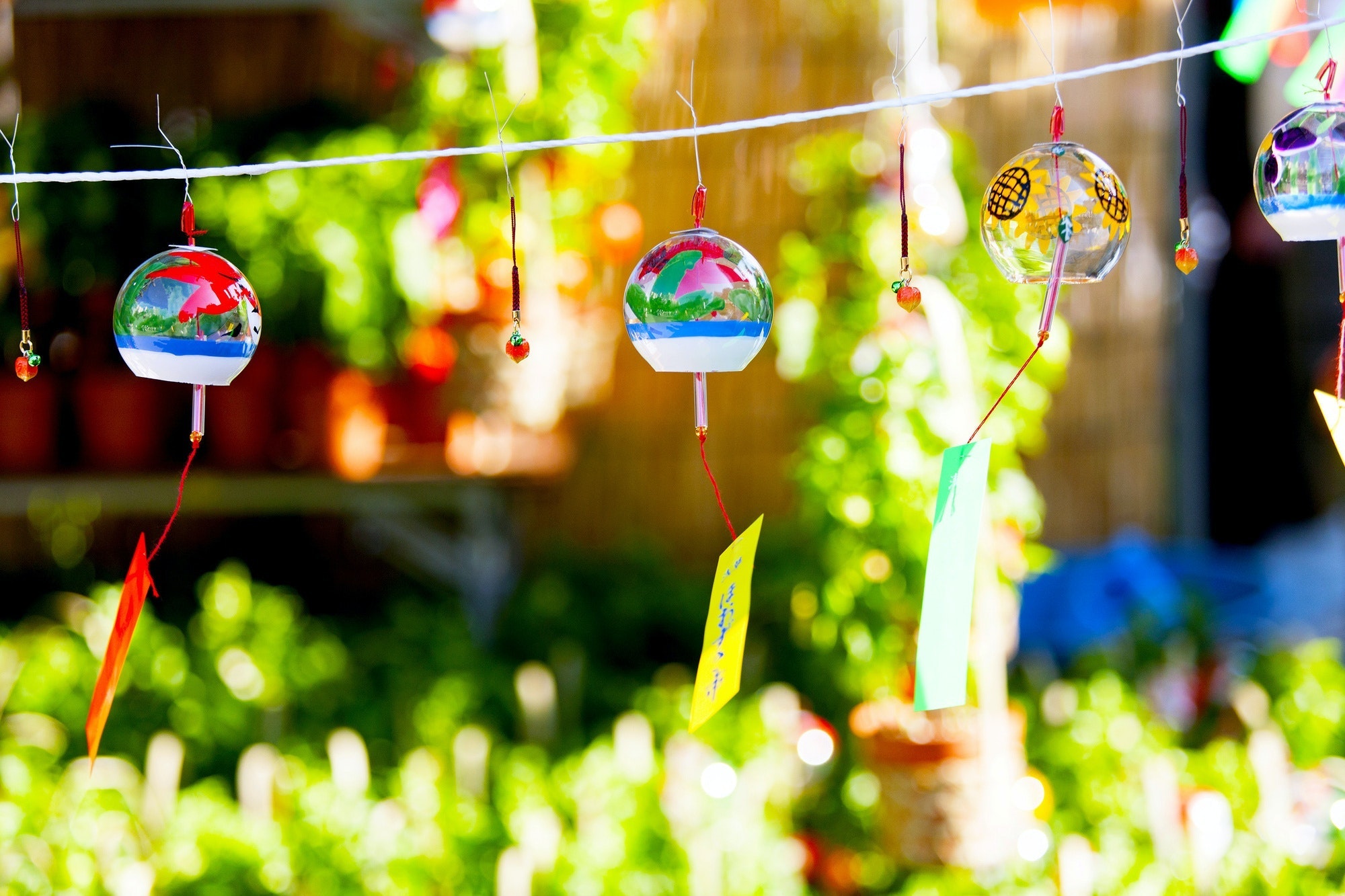 This video answers the following questions:
・What are "Furin" (Japanese wind chimes)?
・What are the origins of "Furin"?
・How are Edo Furin made?

Back when there was no air conditioning in Japan, people thought of many ways to feel cool and refreshed in the heat of summer.
Bamboo screens called "sudare" were used to block out the sunlight and water was sprinkled on the ground to cool down the pavement outside of one's home.
Furin were another item created to help deal with the summer heat.
Wind chimes are often hung from the eaves of one's home, and when the wind blows they create a beautiful melody that makes you feel cool and refreshed.

This article and video will introduce "Edo Furin," a type of Japanese wind chime made of glass.
Be sure to watch the video to learn more about what exactly Edo Furin are and how they're made.

What are "Edo Furin"?

Edo Furin are made today using the same techniques that were used 300 years ago (during the Edo period (1603AD - 1868AD)).
Furin (wind chimes) date all the way back to the 7th century in Japan.
They were often hung from the eaves of temples and were at the time referred to as "Futaku" (風鐸).
Futaku were made of metal and were believed to prevent natural disasters.
Nowadays, Furin are available in a variety of shapes and colors.

In 1965, Yoshiharu Shinohara (篠原儀治) came up with the name "Edo Furin" for the glass Furin he had been taught to make from previous generations.
The glass Furin, which are made completely by hand and without using any sort of mold, are known for the characteristic sound they produce.

The Process of Making Edo Furin:

Photo：How Edo Furin, a traditional Japanese craft, are made

First, glass is melted inside a crucible in a furnace.
1. The melted glass is wrapped around a glass rod.
2. A glass sphere is created by blowing into a tube.
3. Additional melted glass is wrapped around the first sphere.
4. A hole is created to pass a thread through.
5. After blowing a second larger glass sphere, the two spheres are separated by cutting off the first smaller sphere.
6. The edges are smoothed slightly, purposefully leaving a rough, jagged edge.
7. Finally, the glass sphere is hand painted from the inside.

From 2:00 in the video, you can take a look at Kenichi Otsuki (大槻賢一) (a craftsman of Shinohara Furin Honpo (篠原風鈴本舗)) as he creates Edo Furin by hand.

One of the striking features of Edo Furin is the sound created by the jagged glass edge, which is similar to the sound of a bell cricket in fall.
"Shinohara Furin Honpo," the Edo Furin store introduced in the video, is located in Asakusa, Edogawa, Tokyo (東京都江戸川区浅草) and currently sells a variety of Edo Furin as well as offering glassblowing experiences and Edo Furin decorating experiences.

One of the most fascinating features of Edo Furin is the fact that each and every one has a unique sound as a result of the traditional method used to make them, a method which has been passed down through generations for hundreds of years.
In the video, you can learn about the history and unique characteristics of Edo Furin as well as how they're made!