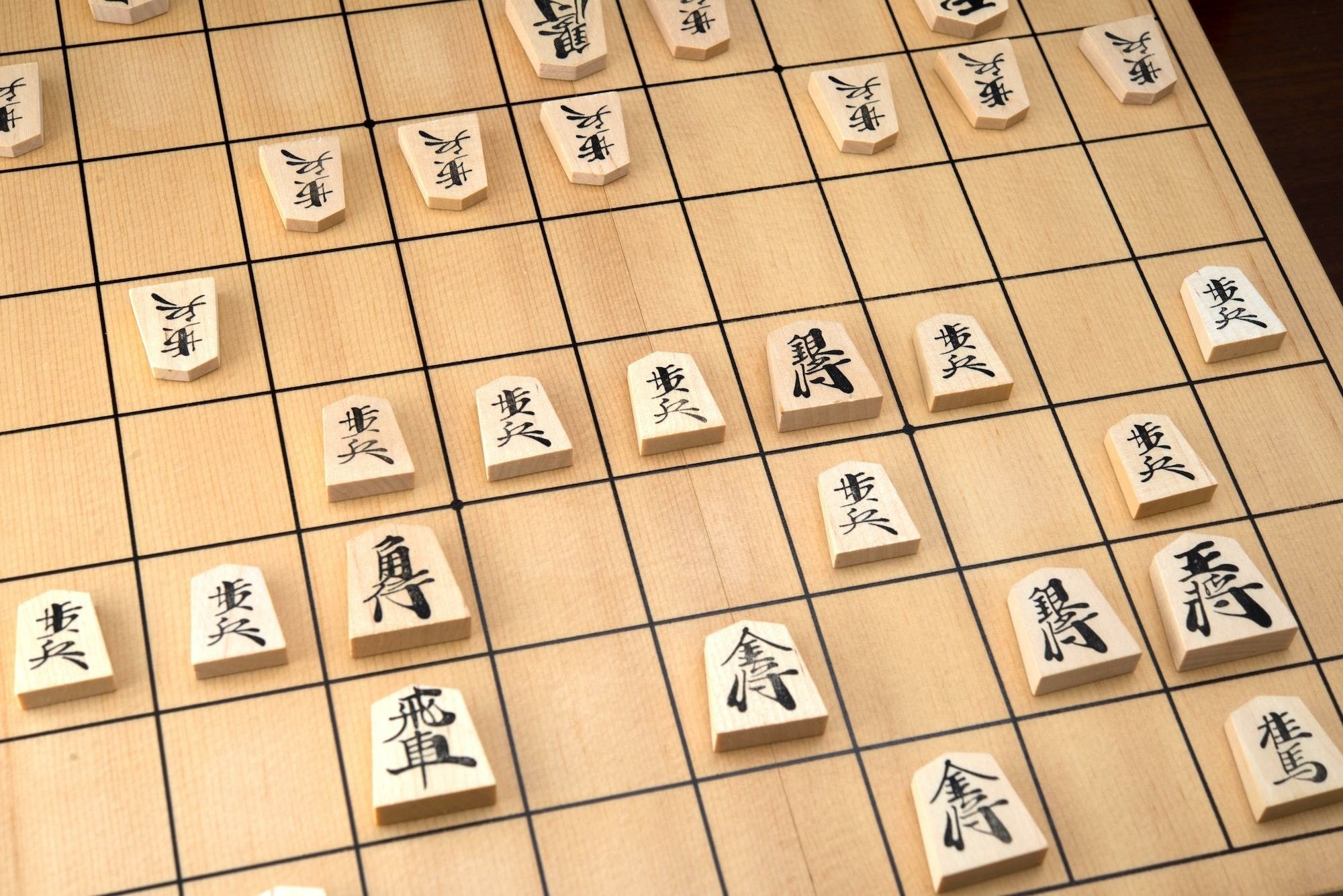 The hand-carved and lacquered pieces, made using traditional techniques, are beautifully finished and considered a luxury item.

The pieces used by professional shogi masters in tournament play use Japanese boxwood with carved lettering filled with lacquer that creates raised lettering. The price of Tendo Shogi Koma range from a few thousand yen to over 200,000 yen for a set of the highest quality pieces. Shogi pieces can also be purchased online.

The handmade Tendo Shogi Koma are characterized by their luxurious and smooth feel and the commanding sound they make placed on a square.

The History and Origins of Tendo Shogi Koma

Shogi pieces have their origins in India, where Western chess was introduced to the East. It is said that the manufacturing of Tendo Shogi Koma began at the end of the Edo period (1603-1868) when it was encouraged as a secondary occupation for samurai.
It was the Tendo Oda clan during the Edo period that encouraged the manufacture of the pieces as a form of supplementary income.

Tendo, Yamagata is known as the home of shogi pieces.

In the video, you can see art shogi pieces scattered around Tendo, the town of shogi.
[Video] 0:01 - Shogi Art

The Tendo Cherry Blossom Festival's "Human Shogi" is well known among tourists. In this event, professionals play a game with humans dressed in armor and kimono representing the pieces.

In addition, at the Tendo Shogi Museum, located at JR Tendo Station, Tendo Shogi Koma are displayed and souvenir goods are sold in the event hall. There is also a hands-on workshop for making kaki-koma, so consider checking it out.

Here, we'll go over how Tendo Shogi Koma are made.

Crafting Process
1. Creating Pieces from Raw Timber
Wood is dried and cut into the shape of a shogi piece.
2. Carving the Characters
Characters are carved by hand with a piece of paper on which the characters are written.
3. Applying Lacquer
Natural lacquer is repeatedly applied to the grooves where the characters have been carved and allowed to dry.
4. Porcelain Polishing
The final step in polishing the surface of the piece is to polish it using porcelain.
5. Mori-Age-Koma
To make the characters appear raised on the piece, the lacquer is applied over and over again.

In the video, you can see the craftsmen at work in various workshops.
[Video] 0:26 - How Tendo Shogi Koma are Made

The video displays the beauty of the pieces from the wood all the way down to their feel. It demonstrates the skill of these master artisans. It's even said that the Mori-Age (pieces with raised lettering) Tendo Shogi Koma improve the concentration of professional players.
Check out the video to see the Tendo Shogi Koma, a traditional Japanese craft that has been passed down by craftsmen for hundreds of years.