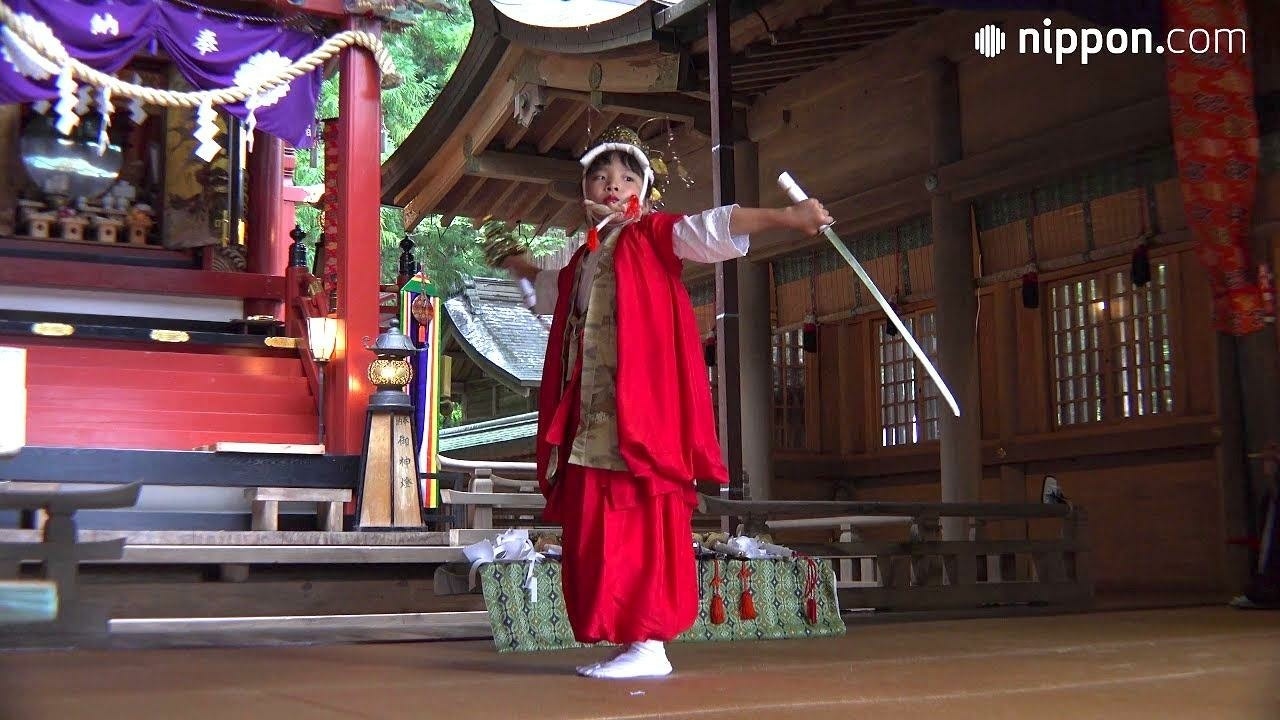 This video, titled "[4K] "Chigo No Mai" in Yamanashi, Fuji-Kawaguchiko| The Elegant Dance of Girls Who Tell of the Faith of Mt. Fuji| nippon.com" (【4K】富士山信仰を伝える少女たちの優美な舞：山梨・富士河口湖町「河口の稚児の舞」| nippon.com), was released by "nippon.com."

"Kawaguchi Chigo no Mai" is a dance performed at Kawaguchi Sengen Shrine in Yamanashi Prefecture.
During the regular festival on April 25th and the festival on July 28th, elementary school girls who will train at monasteries perform "Gohei no Mai," "Ougi no Mai," "Tsurugi no Mai," and "Miyameguri" in dedication to the shrine.
The dances are beautiful and stylized in the style of Kagura and performed in front of the followers of Fujikou (an Edo-period Shinto sect dedicated to the worship of Mt. Fuji).

Kawaguchi Sengen Shrine was built to suppress the eruption of Mt. Fuji in the late 9th century.
In 2013, Mt. Fuji was inscribed on the World Cultural Heritage List as one of the constituent properties of "Mount Fuji - Object of Faith and Source of Art."