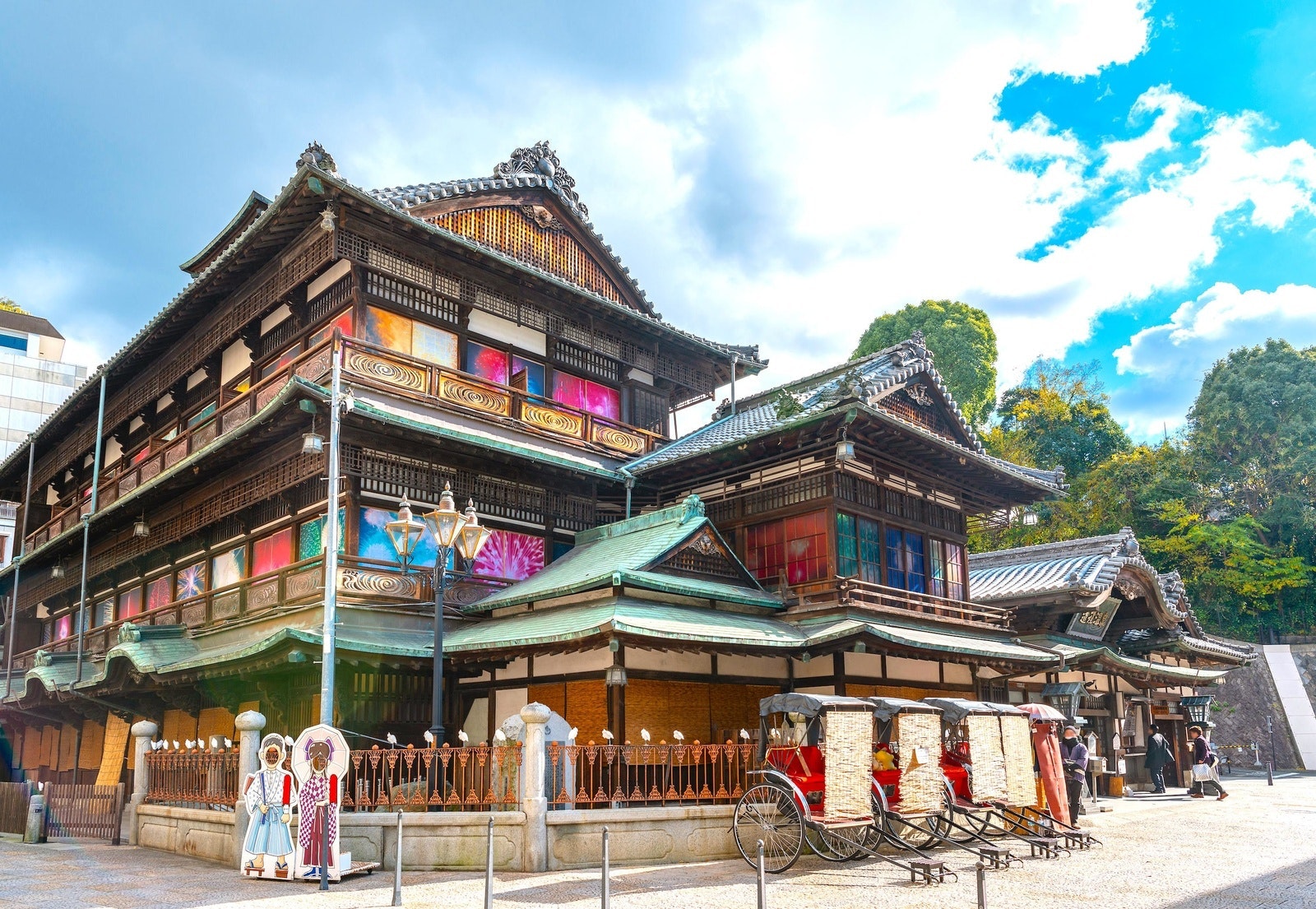 Matsuyama City is the capital of Ehime Prefecture, and the largest city in Shikoku, with a population of over 500,000. In the Edo period (1603-1868), it flourished as a castle town centered on Matsuyama Castle. Today still, it has a rich atmosphere with Matsuyama Castle and Dogo Onsen Bekkan Asukano Onsen, the oldest hot spring inn at Dogo Onsen. It's chock full of history.
It is also has ties to important cultural figures such as Masaoka Shiki and Natsume Soseki, and has become a stage for many Japanese literatures, such as "Botchan" and "Sakano Ueno Kumo." It is visited by many tourists every year.

In this video, we introduce the charms of Toon city, a mountain pass adjacent to Matsuyama city, and Tobe town, referred to as the village of pottery and mandarin oranges.
Let's visit the popular tourist spots around Matsuyama city!

Matsuyama Castle is famous as the largest tourist spot in Ehime Prefecture.
It's introduced from the beginning of the video, at 0:10. Historic Japanese buildings also attract many visitors every year.
The beauty of the illuminated Matsuyama Castle Garden and the sunset is a sight to behold.
2:13 in the video has some superb views of these.

Matsuyama city is warm and has little rainfall, making it a comfortable place to stay, and you can enjoy various activities there as well.
In particular, the cherry blossoms lining the Shigenobu River connecting Toon City and Matsuyama City is spectacular. It is a must-see for anyone sightseeing in Matsuyama City.
The video also shows some stunning cherry blossom spots from 0:15. In addition, you can see the natural scenery of Choushi Falls in Tobe Town, the fresh greenery of the Hirota area, Mt. Tobe, and the cabbage fields in the area.

As you can see, there are many instagrammable places to see around Matsuyama City in the spring.
Shiogamori Furusato Park, the Youkou cherry blossoms of Akasaka Izumi, and the Nanaori Koume are also worth checking out when sightseeing in Matsuyama.

Matsuyama city in summer is also full of attractions! Our top recommendation is the Mitsuhama Fireworks Festival, the climax of the Matsuyama Port Festival.
You can see a magnificent view of 10,000 fireworks coloring the night sky in Matsuyama City. This is shown at 0:53 in the video. It's a popular event visited by about 230,000 people.

Ehime Prefecture is one of the most prominent mountainous areas in Japan, and there are many terraced paddy fields on steep slopes. At sunset, you can see a stunning collaboration of ears of rice, the fresh green of the surrounding mountains and the reddish-brown sky, and you will be able to see the original landscape of Japan that was almost forgotten. At sunset, you can see a collaboration between the ears of rice and surrounding mountains as they blend in with the madder red sky to create a scenery of a Japan long forgotten.
Taking a leisurely stroll along the riverside in Mitsu is a great way to cool off as well.

The fall of Matsuyama, where the sea and the mountains are close together. Autumn is a colorful season in Matsuyama. The sea and mountains are nearby, and the changing of the leaves makes for a wonderful sight.
There are plenty of places to visit as well, such as Namegawa Valley, Karasaki Falls, Senba Valley, Touritani Pond, Shiraino Falls, and more. The red color of Matsuyama, Ehime Prefecture is introduced at 1:47 in the video.

Fall is also sports season! That being said, it's nice to go jogging while enjoying the autumn leaves at Toon City General Park.

You can also experience the winter season with the entirety of Namegawa Valley covered in snow from 2:27. Enjoying the beauty of nature throughout the four seasons is one of the attractions of Matsuyama, Toon, and Tobe in Ehime Prefecture.

Tobe is known for its pottery and mandarin oranges.
The vast orange fields in Tobe are introduced at 2:41 in the video.

Tobe ware, a traditional Japanese craft and intangible cultural property, is a style of pottery with a history of more than 240 years. To this day, Tobe is still one of Japan's leading pottery towns.
The workshop in Tobe, where you can experience pottery making, is a popular tourist spot, and there are plenty of souvenirs made using Tobe-cho's specialty oranges.

Matsuyama City is also known as a fishing town, being home to both Matsuyama and Mitsuhama Ports.
The red sea bream is particularly famous, so when you come to Matsuyama, we recommend trying out the famous sea bream rice near the hotels, historical sites, and Dogo Onsen.

Summary of Sightseeing in Matsuyama

In this article, we introduced sightseeing spots in Matsuyama city, Toon city, and Tobe town in Ehime prefecture, and in the video, we're shown beautiful 8K images of them.

Matsuyama City is a place where you can enjoy seafood and local cuisine with little rainfall throughout the year.
There are many sightseeing spots besides Matsuyama Castle and Dogo Onsen too, so we recommend checking them out when you have time.
Be sure to watch the video created by the "Municipal Tourism Cooperation Promotion Council" led by Matsuyama City. Are you packing your bags for Ehime yet?