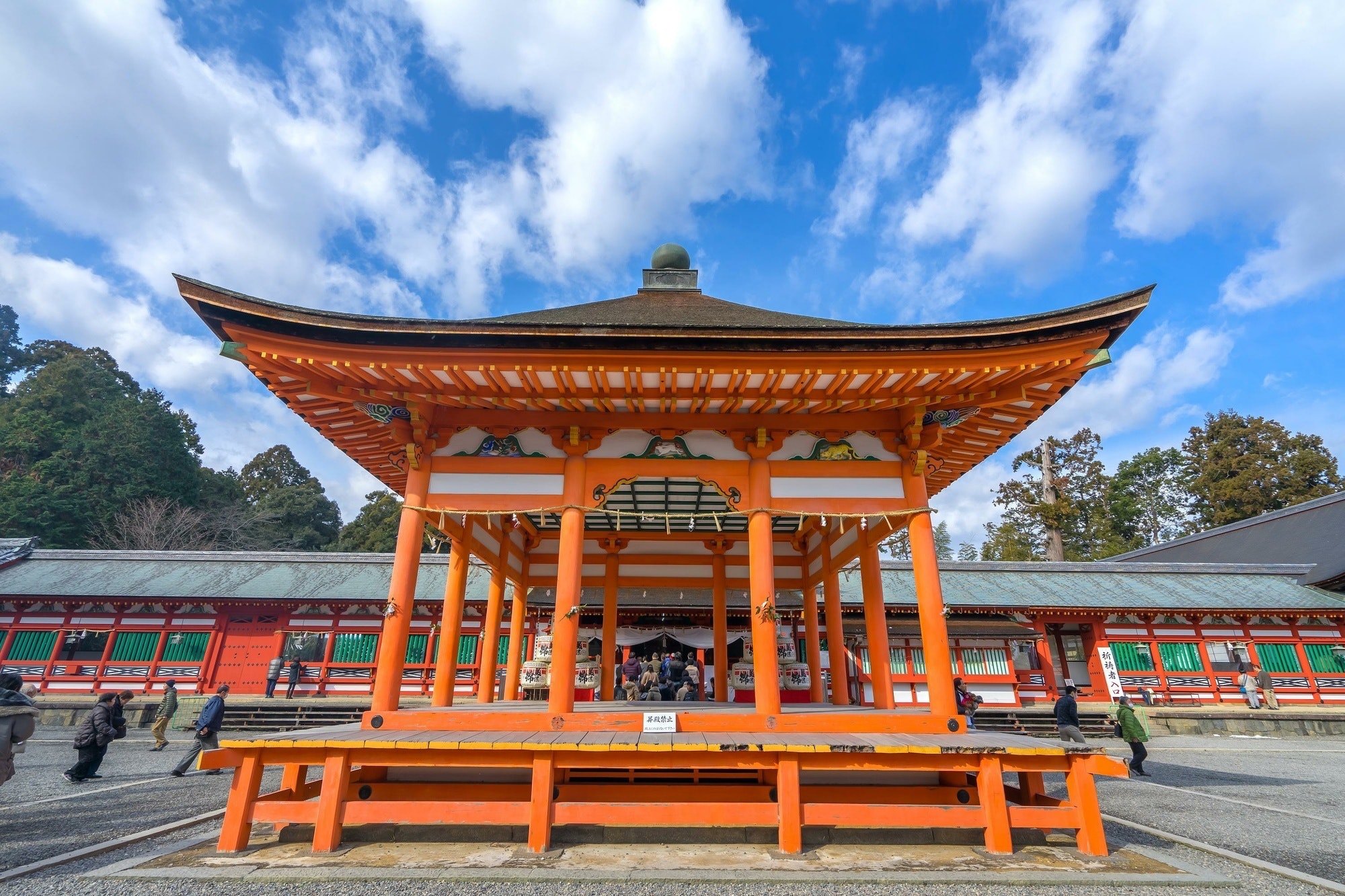 Nangu Taisha Shrine is a shrine with a long history, located in Gifu Prefecture's Fuwa District, in the Tokai region of Japan.
The locals affectionately call the shrine "Nangu-san" (なんぐうさん).
There are 18 archaeological remnants of buildings from the Edo Period within the grounds and these are designated as Important Cultural Properties.

Nangu Taisha Shrine is also known as "Tsubaki Taisha Shrine" as camellias burst into bloom in spring (椿, tsubaki = camellia).
The various varieties of camellias are stunningly beautiful, so you should definitely take a look.
The shrine is a tourist destination near the ancient battlefield of Sekigahara.
In this article, we'll use the video as a guide to introduce the shrine.

What is Nangu Taisha Shrine?

Nangu Taisha Shrine is located at the foot of Mt. Nangu in western Gifu prefecture.
It's said that the shrine was named "Nangu" due to it being "a palace located in the south of the capital" (南宮, Nangu - lit. "Southern Palace").
The shrine's enshrined deity is "Kanayamahiko-no-kami" (金山彦命), the god of mining.
Therefore, from the past and even in the modern era, Nangu Taisha Shrine has been the main shrine of the mining and metal industry nationwide.
Furthermore, "Kanayamahiko-no-kami" is also known for being the elder brother of Amaterasu Omikami (天照大神) of Ise Jingu Shrine (伊勢神宮).

As Nangu Taisha Shrine's enshrined deity is the god of mining, the shrine is believed to bring good fortune and victory, making it a popular place of worship for those preparing for entrance exams or praying for success.
It's also famous as a place to pray for safe child delivery.

The history of Nangu Taisha Shrine

According to the shrine’s written history, it was built during the time of Emperor Sujin.
In the mid Heian Period, the shrine is listed in the Engishiki Jinmyocho (延喜式神名帳, register of shrines in Japan) as "Minonokuni Fuwa-gun Nakayama Kanayamahiko Jinja" (美濃国不破郡 仲山金山彦神社), alongside other famous shrines.
The shrine was also known as "Minonokuni Ichinomiya" (美濃国一宮) at one point.
In April 1501, a fire broke out, leading to the main hall and the priests' quarters being burnt down.
Reconstruction was carried out by the shrine's guardian Toki Masafusa (土岐政房), and was completed in 1511.

In 1600, the shrine was once again destroyed by fire in the Battle of Sekigahara and was rebuilt by Tokugawa Iemitsu in 1642.
A valuable record of the shrine exists, which lists the costs and various other details regarding the rebuilding of the shrine.
This record has been designated as an Important Cultural Property.

① Harae Dokoro (祓所)
From 0:29 in the video, you can see the harae dokoro at Nangu Shrine.
This is an important place where you purify yourself before entering the shrine.

② Tower Gate (楼門)
The tower gate of Nangu Taisha Shrine can be seen at 0:42 in the video.
This is also designated an Important Cultural Property.

③ Ishiwa Bridge (石輪橋)
Ishiwa Bridge can be seen at 0:59 in the video.
It is a magnificent stone bridge.
Unfortunately, the bridge itself is off-limits to the public, but feel free to look around and take pictures.

④ Kobuden (高舞殿)
Kobuden can be seen at 1:26 in the video.
This aesthetically pleasing spot is also designated as an Important Cultural Property.

⑤ Hall of Worship (拝殿)
The hall of worship can be seen at 2:02 of the video.
The hall is a place for exorcisms and prayers, and where worshippers can make offerings.

Nangu Taisha Shrine is a beautiful shrine painted in stunning vermillion.
Why not make a visit to the shrine?

Summary of this introduction to the Nangu Taisha Shrine

The shrine is famous for being a spiritual spot, and for bringing good fortune, leading to many worshippers visiting every day.

Visitors often buy a koban-shaped charm for economic fortune, one of the three types of shuin, or a shuincho (book for keeping temple seals) with beautiful designs, such as Nangu Taisha Shrine's tower gate or the sacred white camellia tree as souvenirs.

Parking is also available.
Be sure to check the transportation available before making your way over to Nangu Taisha Shrine!