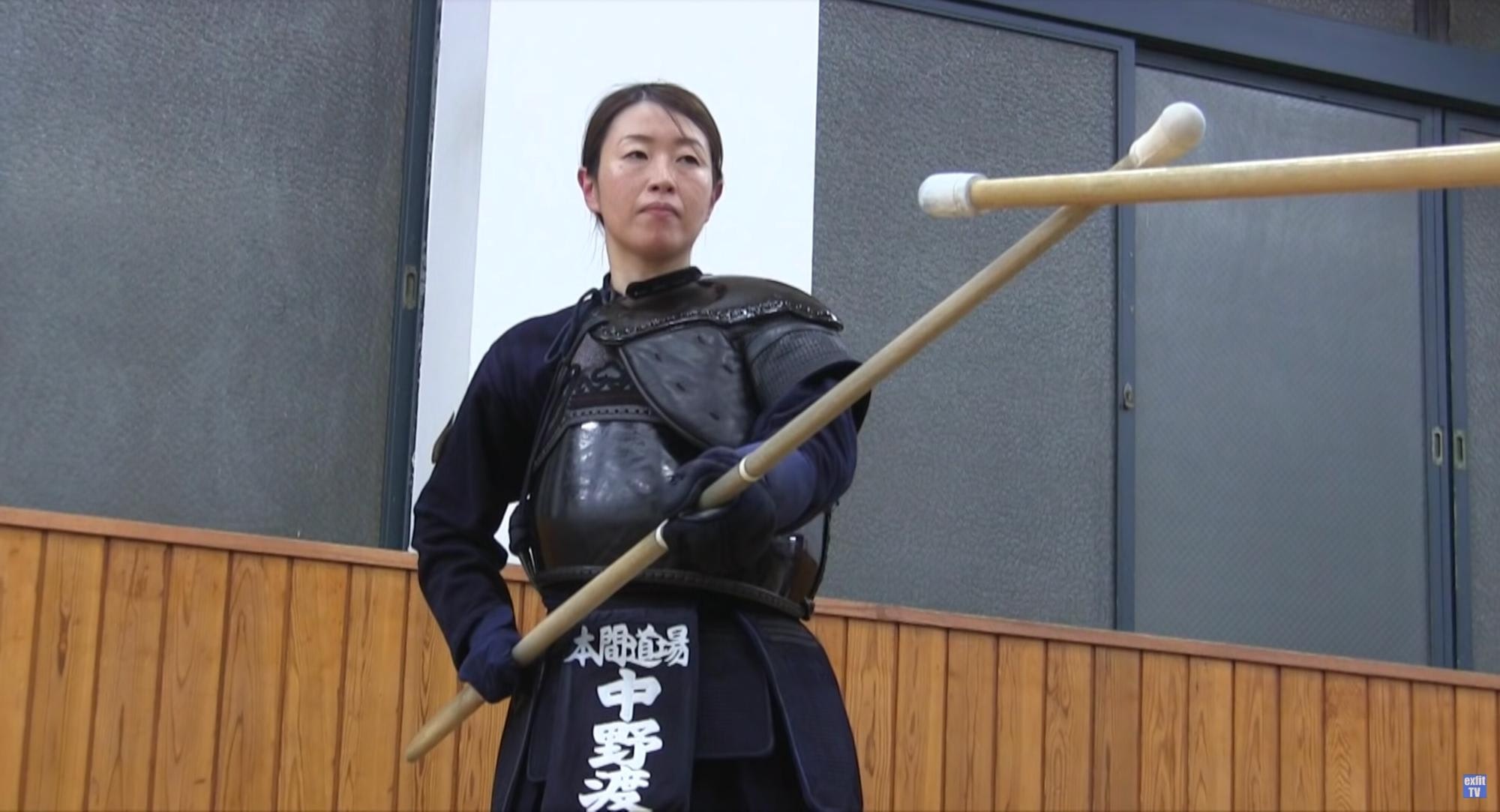 This video is titled "銃剣道 其の一 Jukendo PART1." Jukendo is a sport/martial art that looks very similar to Kendo. You wear protective gear similar to Kendo, but it uses a wooden gun with a bayonet to attack with mainly thrusting techniques as opposed to a shinai's slashing techniques.

The guns are modeled after the rifles used by the old Japanese military, which had a rifle with a blade tip, and the sport is also called Jukenkakuto and other names.
Because it is a very practical martial art, it has been incorporated into police and self-defense force training.
Although the number of people who practice Jukendo is low, it was once a common martial arts class, and has been seen at national athletic meets, national championships, and national youth competitions.

Basic Knowledge and Skills of Jukendo

The wooden gun, weighing 1.1 kg, with an overall length of 166 cm, is one of the most distinctive features of Jukendo.
You can see it at 0:13 in the video.

It is said that the Japanese style of Jukendo is the origin of modern Jukendo, whereas the western style of Jukendo was integrated with kendo.
Historically, it is said to have originated at the end of the Edo period, when the style of fighting changed from swords to guns, and the tips of swords or daggers were attached to the tips of imported guns to be used as bayonets.

The rules of Jukendo were established by the All Japan Jukendo Federation, and nowadays it has become a competitive martial art.
The rules are basically a one on one format, and fighters win by scoring strikes to the upper body, stomach, lower body, throat, wrist, and shoulder. Matches are held barefoot on the floor with no shoes on.
You can see basic techniques at 1:03 in the video.

In the video, you can see an interview with a Jukendo practitioner at 2:14, where he talks about the appeal of the martial art.
Jukendo is a grueling sport, originally designed to kill with a combination of gun and sword, aiming at the left side of the chest where the heart is located, or the throat, but they all say with a smile that they are so happy when they win a match after rigorous training that all of the hardships along the way were worth it.

Unlike a bamboo sword, Jukendo uses a weapon that is larger and heavier than a wooden sword, so if you're hit on the hand by your opponent, you may actually experience broken fingers.
Therefore, in Jukendo, body parts that are easily targeted by thrusts are protected by thick armor.
Hand wraps are also worn to minimize injury.

Hiratsuka Tsuchizawa Junior High School in Hiratsuka City, Kanagawa Prefecture, the only school in the country that adopted Jukendo as a class, decided to end the class in 2018, and it became a widely talked about subject.
However, the topic has increased awareness of Jukendo, and now it is said that the competition population is gradually increasing, with the number of dan (titles) recipients and female players on the rise.

In all Japanese martial arts, it is important to train the mind and body and start and end with a bow.
In particular, foul play is severely punished because there is a risk of serious injury if an offense is committed.
It can be said that the key to aspiring to and becoming strong in Jukendo lies in the steady training of the body and mind.