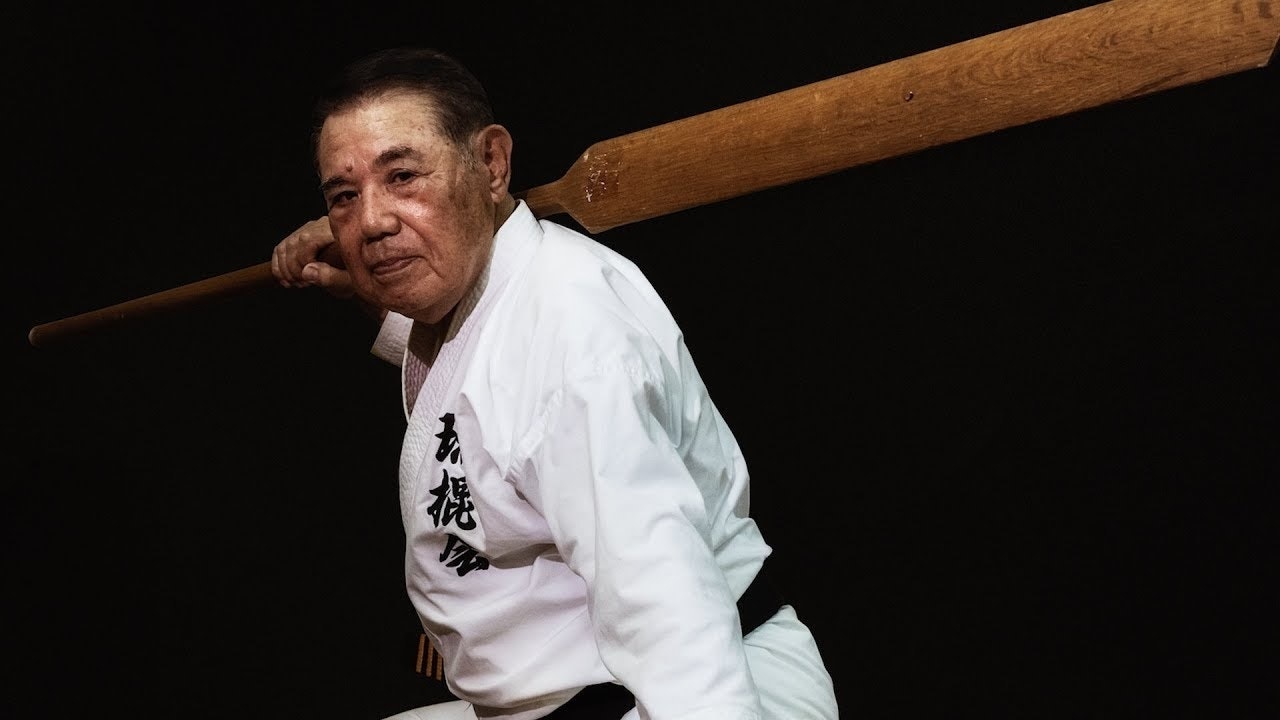 From 0:10 in the video, Koutaro Iha, the president of the Ryukyu Society of Ryukyu Kobudo, shows off his brilliant techniques with movements that will have you thinking "there's no way this guy is 80." If you want to learn practical Kobudo, check out the video to learn some awesome techniques!
In this article, we'll introduce Ryukyuan Kobudo, alongside the video!

Ryukyu kobujutsu is an ancient martial art that has been handed down in Okinawa Prefecture since ancient times.
It generally utilizes weaponry and is also called Okinawan kobudo, Okinawan kobudo, or Ryukyu kobudo.
Ryukyu kobudo has been practiced by samurai since the era of the Ryukyu Kingdom (1429-1879 AD).
practiced a wide range of martial arts that involved stick fighting, spears, karate, swords, archery, long swords, nunti, mountain-based sword styles, sais, canes, paddles, tonfa, and more.

About the Kobudo in the Video

This video introduces the appeal of Ryukyuan kobudo at the Ryukonkai dojo.
Koutaro Iha of the Ryukyu Kobudo is the chairman of Ryukonkai, and performs stick fighting with a speed and ferocity atypical of an 80 year old man.
His son, Mitsutada Iha, is the general director of the Ryukonkai Shudokan general headquarters.
Shown at 2:11 in the video, we can see both super practical and practical techniques.

In this video, you can see a little bit of the Ryukyu kobudo DVD "Great Heritage 3: The Pilgrim of Martial Arts."
In the DVD, you can learn a type of stick fighting called "Sakugawa no Kon."
Kobudo is general referred to as a type of budo arts are generally one of martial arts and ancient martial arts, but is a very practical form of budo.

Normally, Ryukyu kobudo is fought with a weapon in hand, but if you can't do karate, you can't do kobudo, so it is sometimes practiced with bare hands.
From 2:47 in the video, you can see ancient Ryukyuan martial arts techniques, such as "Nunchaku art," "Toma no Tonfa," "Ishikawa Shou kama," "Chikin akachu no Ake," and "Okinawan karate."

This DVD is available at the Toei Video Online Shop.

The video produced by "Kuro-obi world" shows the skills of an 80 year old Ryukyu Kobudo master.

You can see the kobudo master, who has incredible mental, technical and physical abilities, carefully teaching the techniques of Ryukyu kobudo.
Be sure to check it out of you still haven't yet!