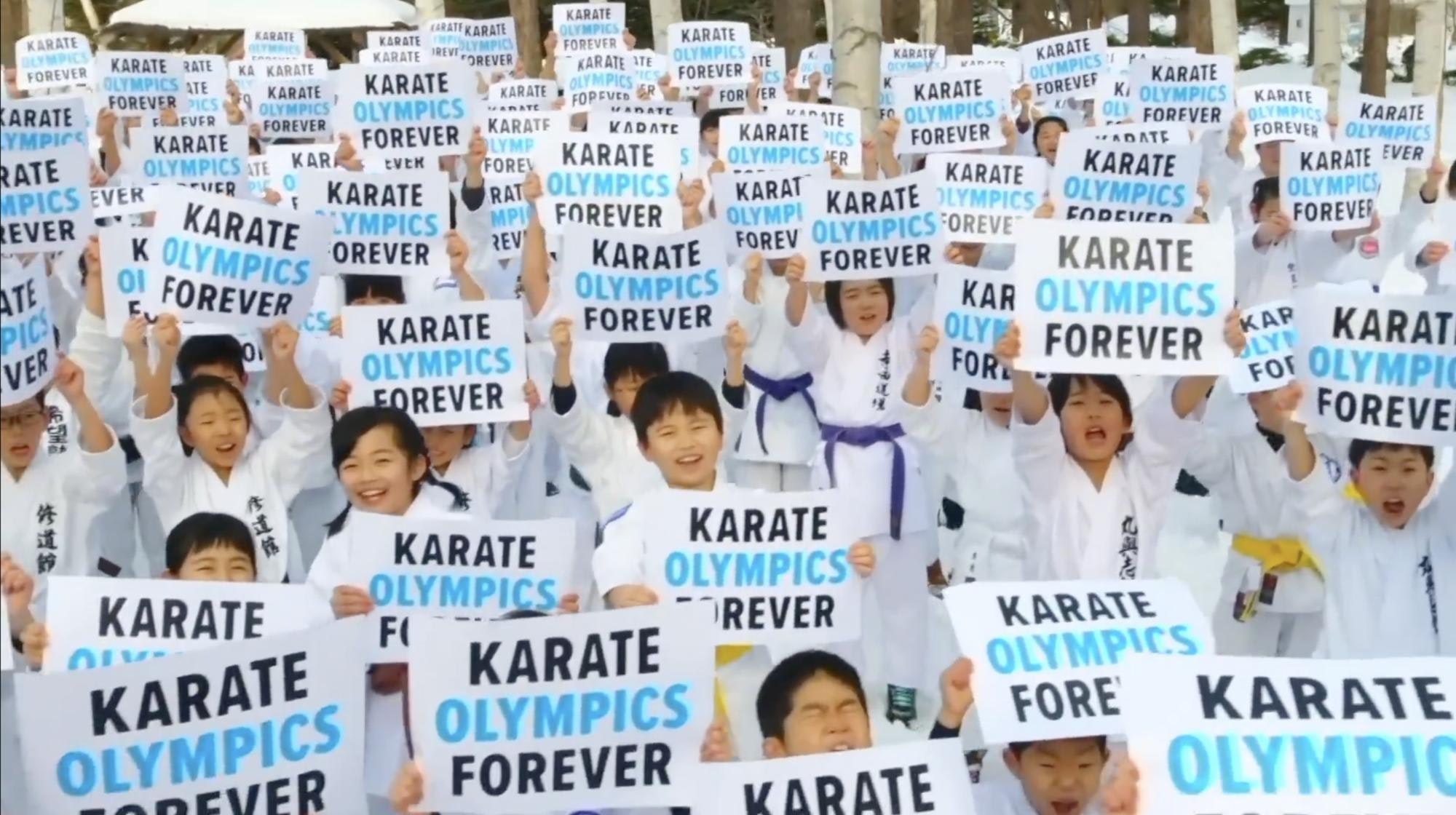 Japan's traditional art of karate, which has enthusiasts all over the world, has been designated as an official event at the 2020 Tokyo Olympics.
The video was shot in Hokkaido in the extreme cold of winter, and shows children hoping that karate will continue to be an official sport of the Olympics.

In the mountain where snow is still falling, children dressed in karate uniforms practice punches over and over again!
After the exercise is completed, each child holds up a piece of paper saying "KARATE OLYMPICS FOREVER" and together, the children and adults chant it with all their heart.
This video was also broadcast at World Karate Day in Germany in 2017.