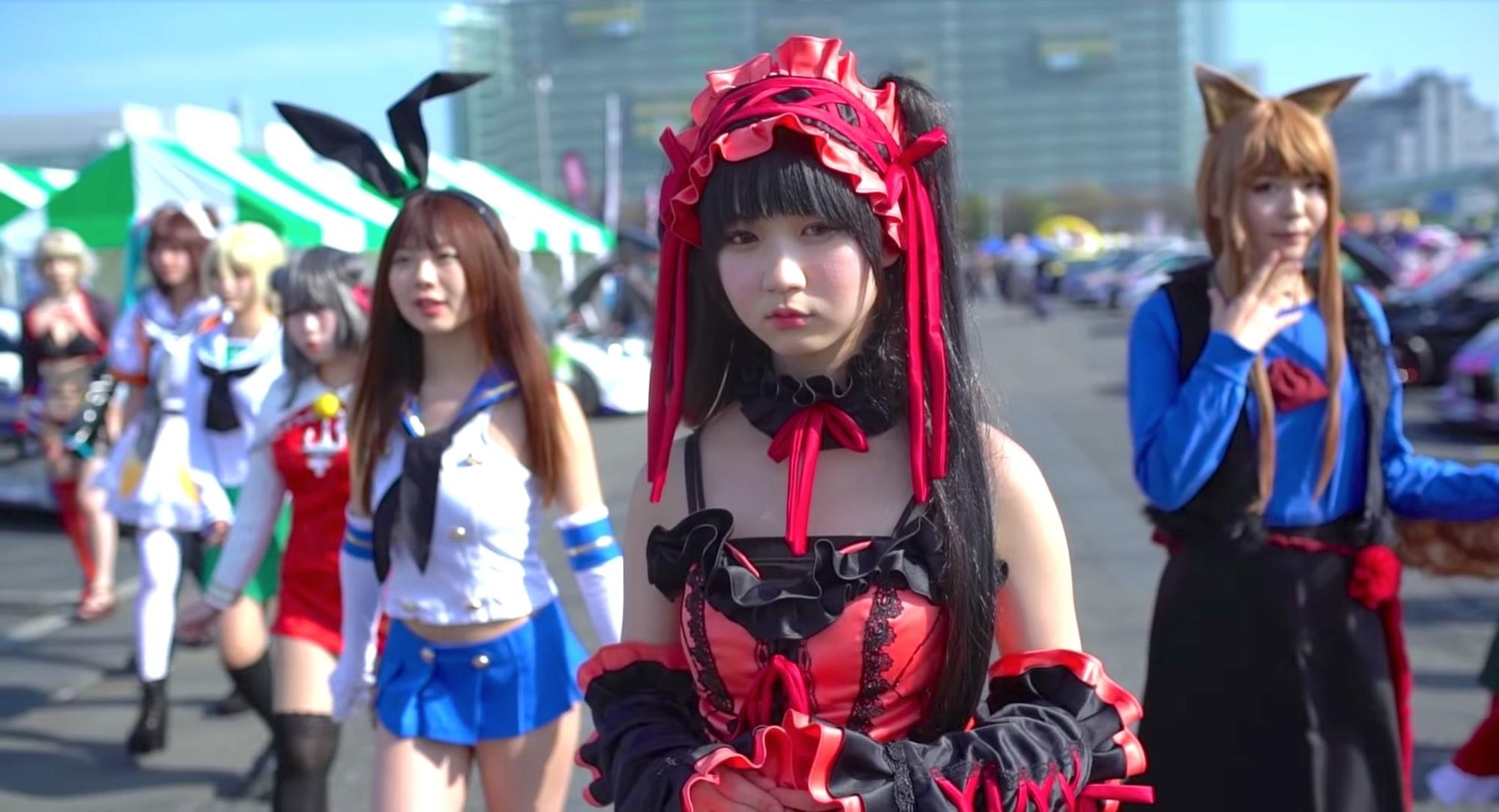 Have you ever heard the word "Itasha"? In this article, we'll introduce the Japanese pop culture "Itasha" alongside the video, titled "OTAKU CAR HEAVEN 痛車天国2019," produced by "Rescue the Princess!"
The video is an introduction to the Itasha event "Odaiba Itasha Heaven 2019" held at the Odaiba outdoor special venue in 2019.

Itasha is a form of otaku culture, and is a car with an exterior designed with an anime or game theme, featuring beautiful girl characters or heroines.
The name "Itasha" (痛車) comes from the characters "痛" (pain) and "車" (car), literally meaning "painful car," as some people find them painful to look at.

There are small itasha with stickers on the hood, doors and other parts of the body, as well as fully-wrapped cars with film affixed to the entire car.
You can see a number of Itasha throughout the video.

In the past, "otaku" culture used to have a somewhat negative image, but now, with the popularity of Japanese anime and manga overseas, "otaku" are respected as authorities and professionals in their field.

Fully-wrapped vehicles and airplanes have also appeared in public transit agencies such as airplanes, trains, buses, and motorcycles, and they are very popular with young children and in the otaku community.
These vehicles, which are derived from the Itasha and wrapped with characters, are called "Itansha" (motorcycles) and "Itadensha" (trains).

In addition to Itasha, you can see a custom bicycle (Itacheri) at 0:22 and a scooter bike (Itansha) at 1:02 in the video.

Since Itasha designs are based on characters that appear in other works, they are copyrighted.
However, since the character Hatsune Miku, which often appears in videos, is a free license, there is no copyright issue if you design your own vehicle with Hatsune Miku.

Also, each vehicle can be designed however the owner wants it to be, but if you're a hardcore otaku, you can make your own design with paint and cutting sheets.
Recently there are even companies that specialize in Itasha design.
Even if you're not an otaku, you can just get a professional to do it for you.

In some cases, companies produce itasha by advertising and collaboration, and collaboration itasha, such as Evangelion and Re:Zero, (Re:Zero − Starting Life in Another World) were also a hot topic.
As for Shinkansen, there is an Evangelion train called "Type EVA" vehicle, and the interior even uses the colors of Evangelion's first mech.
Some manufacturers have asked for image collaborations with luxury cars for popular works.
In particular, anime and games such as Gundam, Macross, and Super Mario prove the importance of Japanese culture through Itasha.

This video shows cosplay models in a variety of poses, dressed in gorgeous cosplay to add to the appeal of the Itasha.

As you can see from 3:21 in the video, there's also a talk show with songs and voice actors on the event stage, so you can see that this isn't just an event to look at the cars.
More than 1,000 Itasha participated in the event, the largest of its kind in Japan, in Odaiba that day.

Otaku culture, which originated in Akihabara, has now taken off from Japan and is attracting attention around the world.
In other words, Itasha Heaven is the largest exhibition of Itasha in the world.

As long as there is anime and manga culture in Japan, so too will there be an Itasha culture!
Itasha are also known as "Moesha" (cute cars) among otaku, and to otaku "cute" is justice!