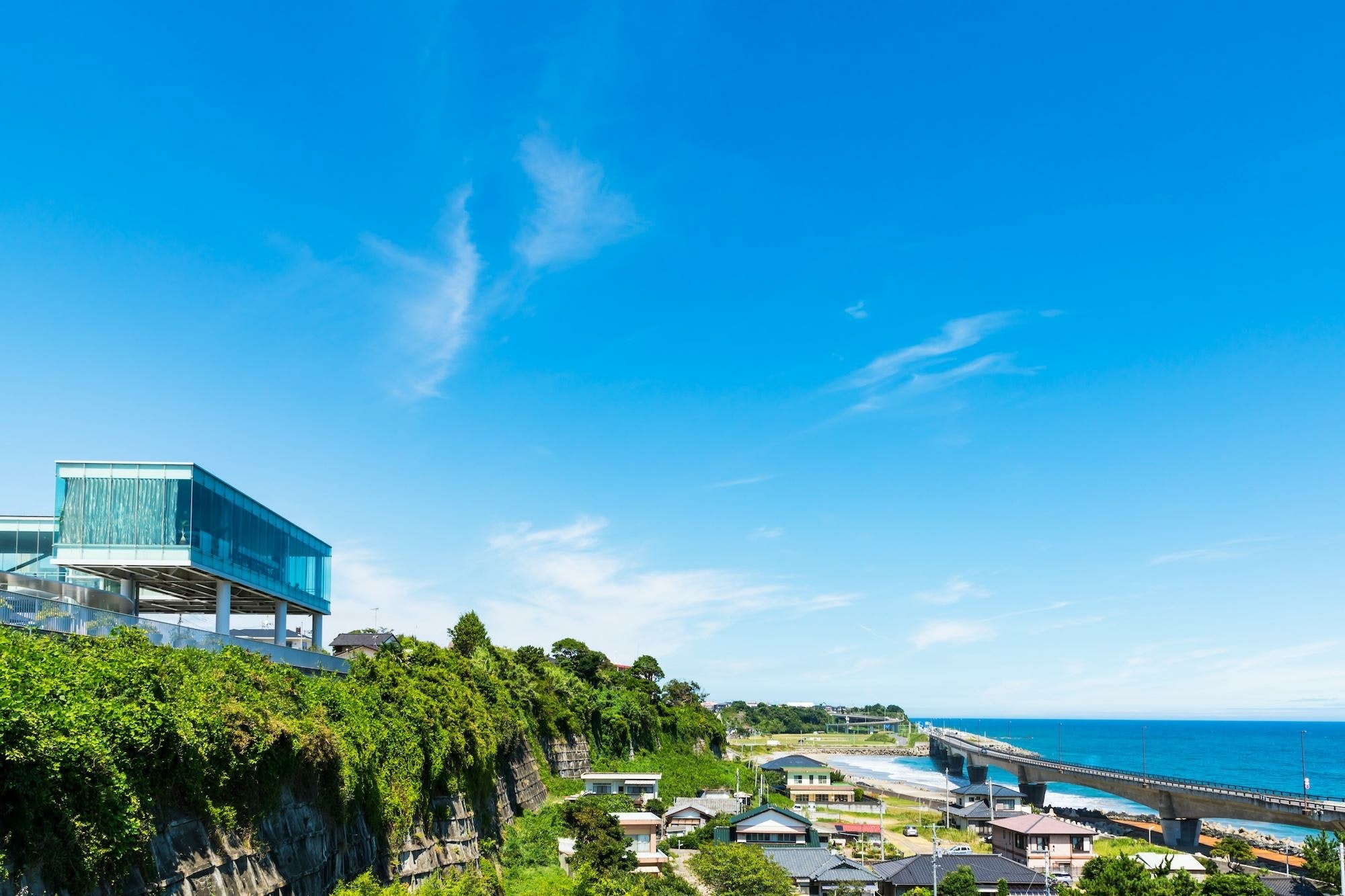 Hitachi Station - A Station With a View of the Sea: Video Introduction

This video, titled "[Joban Line] Visiting a Station With a View of the Sea [Hitachi Station]" (【常磐線】海の見える駅へ行ってきた【日立駅】), was uploaded by "Tabi ni Detateru" (旅に出たてる), a channel that introduces train-related travelogues.

Hitachi Station is a station on the Joban Line connecting Tokyo to Miyagi Prefecture. It takes less than two hours to reach from Tokyo Station via limited express train.
The station itself is a sightseeing attraction, with a view of the sea and the relaxing Sea Birds Cafe.

The Hitachi Station building was designed by architect Kazuyo Sejima and looks like a museum. The all-glass station building overlooks the Pacific Ocean, creating the illusion that the station is floating on the sea.
Check out the video to see the station; on Japanese social media you can find many photos of sunrises at Hitachi Station. On a clear day, the sunrise shines through the glass-walled building, and you can take some amazing photos that will look great on Instagram and other social networking sites.
[Video] 1:27 - A Panoramic View of the Pacific Ocean at Hitachi Station

Sea Birds Cafe is a popular spot at Hitachi Station. You can dine in a scenic location with all glass walls and a sweeping view of the ocean.

In addition to delicious lunches and dinners, Sea Birds Cafe is also used for wedding receptions due to the beauty of the building. Hitachi Station attracts many people from outside Ibaraki Prefecture, a kind of popularity that only a station as unique as this would have.

・Aomi Station (Koto, Tokyo)
Located at a bend in a canal, Aomi Station offers a view of Tokyo Gate Bridge and the sunrise. Aomi Station is becoming popular as a station with a view of the sea in Tokyo.

・Kamakura Koko-mae Station (Kamakura, Kanagawa)
The retro Enoden and the shimmering blue sea are the perfect combination. In the evening, you can enjoy the sunset facing Enoshima. From the station platform, you can look out over Shichirigahama, a beach in Kanagawa. The area around the station has been used as a shooting location for TV dramas and anime, and is a great place to take moving photos.

・Nebukawa Station (Odawara, Kanagawa)
Nebukawa Station in Odawara is an unmanned station built on a cliff overlooking Sagami Bay. It is also known as a popular destination for viewing the first sunrise of the year. The blue station building, reminiscent of a tropical island, is also popular.

・Umi-Shibaura Station (Yokohama, Kanagawa)
Because Umi-Shibaura Station is located within the grounds of a factory, visitors cannot go outside the station. It's a secluded spot where you can only get off and on trains. You can enjoy a beautiful night view here because of the factory area in front of the station. It's popular among couples and photographers as a place where you can enjoy a sweeping view of the sea from within the city.

The glass-walled station building of Hitachi Station accentuates the beauty of the ocean. The station attracts many tourists from all over Japan as a scenic spot overlooking the Pacific Ocean. In winter, the city of Hitachi holds an illumination event, and the lights make the areas in front of the station and Hitachi Civic Center look like a different world. In the past, there have also been events such as the "Winter Cherry Blossom Festival" in which the station is lit up in pink, the color of cherry blossoms.

Hitachi Station is attracting attention as a station with a view of the sea. The experience of floating on the blue sea is attractive, but I would definitely like to see the sunrise as well.