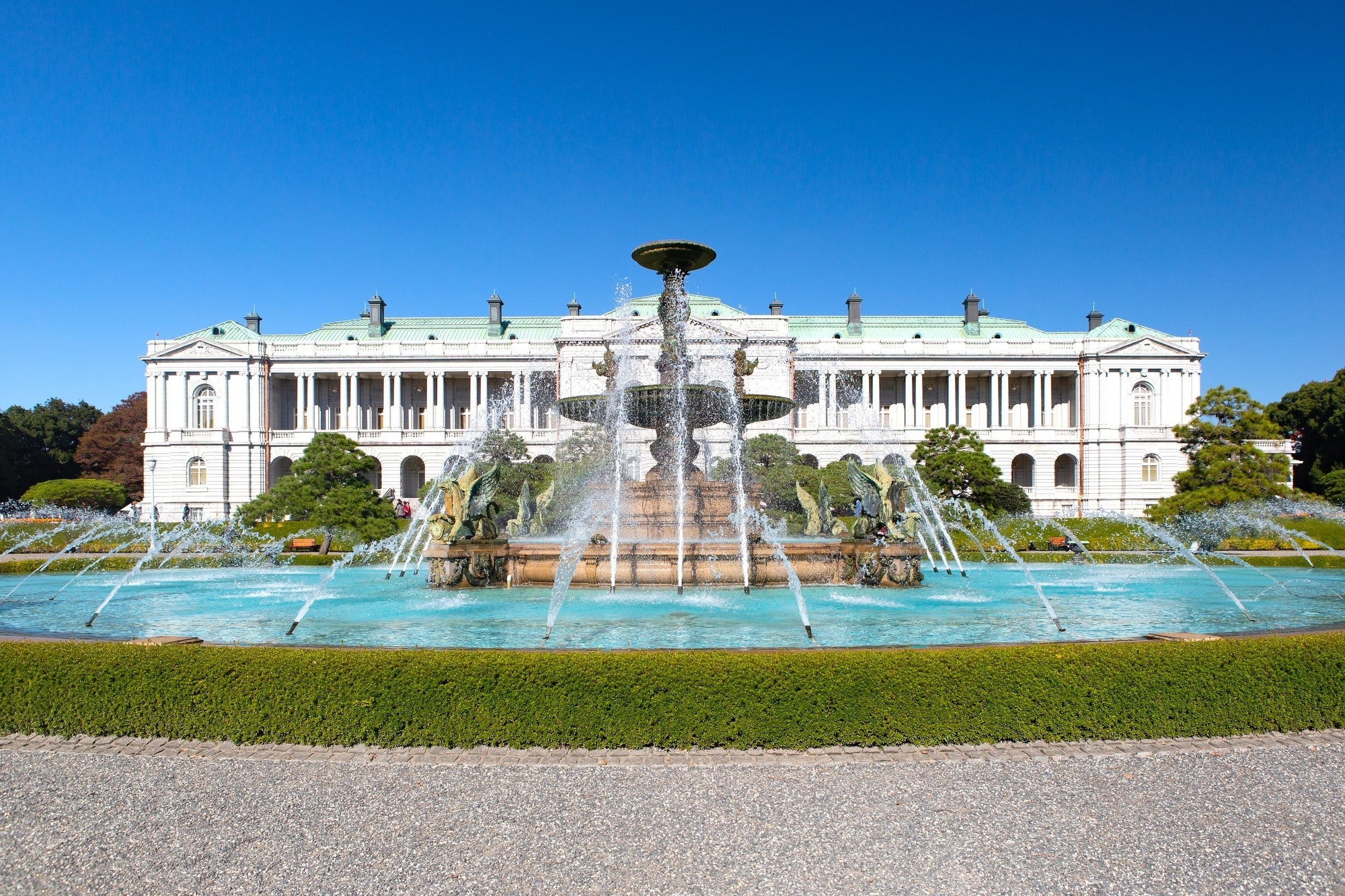 This video, titled "Akasaka Palace: 108 Years After Its Foundation - A Walk Through the Main Building" (迎賓館赤坂離宮: 今年で創建108年 本館内を歩く), was produced by the Mainichi Shimbun in 2017. It shows footage of the interior of Akasaka Palace's main building, and the summit meetings of major countries that have been held at it.

Akasaka Palace is a breathtaking, modern, western-style building, designated as a national treasure and a facility of the Cabinet Office.
This article will introduce the facilities of Akasaka Palace, an official guest house of the Japanese government.

The video shows the unique architecture of Akasaka Palace, which is a mixture of Western palace architecture and Japanese architecture.
When you will see the real thing in a beautiful and solemn atmosphere, you'll be amazed.

Akasaka Palace is Japan's only neo-baroque palace building, built in 1909 as the Crown Prince's Palace.
It was built to promote civilization and national prestige during the Meiji period.
After the war, it underwent major renovations and reopened as a state guesthouse in 1974.

Akasaka Palace is located in Akasaka, Minato, Tokyo, and is a 7-minute walk from Yotsuya Station on the JR Chuo Line and Tokyo Metro Marunouchi Line. There is a paid parking lot in the vicinity.
Akasaka Palace's Main Building is open to the public and can be visited without reservation (admission fee charged).

At the beginning of the video, you can see the main building of Akasaka Palace.
At 0:13 in the video, we enter the building from the front entrance and go up the central stairs.
The main hall on the second floor is a gorgeous, gilded arched ceiling decorated with gold leaf and chandeliers.
At 0:55 in the video, we see "Hagoromo no Ma," a room with a large mural on the ceiling depicting a passage from the Noh play "Hagoromo" (Robe of Heaven).
The last general meeting of the 12th Summit of Developed Nations (Tokyo Summit) in 1986, was held in Hagoromo.
This is shown at 1:19 in the video.

In 1993, Russian President Boris Yeltsin and former Prime Minister Morihiro Hosokawa held a summit meeting in "Sairan no Ma," which can be seen at 1:31 in the video, with its impressive reliefs of Japanese elements, including traditional armored warriors painted with gold leaf.
In "Hanatori no Ma," there are cloisonne frames depicting flowers and birds.
There's also "Higashi no Ma," "Nishi no Ma, "Asahi no Ma" as well; all of which are worth checking out.

You will be amazed by the splendor of the museum, which is decorated with national treasures, including artifacts and paintings that will take your breath away.
It takes about an hour to tour the main building, the main garden, and the front garden.
Special exhibitions are occasionally held at the Akasaka Palace's gardens as well.

"Akasaka Palace: 108 Years After Its Foundation - A Walk Through the Main Building," introduces the beautiful halls of Akasaka Palace.
In addition to the main building of Akasaka Palace, there's also a Japanese style annex which requires an advance reservation to visit.
For opening days and admission fees, please visit the official website.

If you want to experience the glamorous stage of Japanese diplomacy, where kings and presidents from all over the world are welcomed, be sure to check out the video!
Taking wedding photos in front of the Akasaka Palace is also quite popular.
Some travel agencies offer tours to Akasaka Palace's gardens, so consider joining one if you're interested!