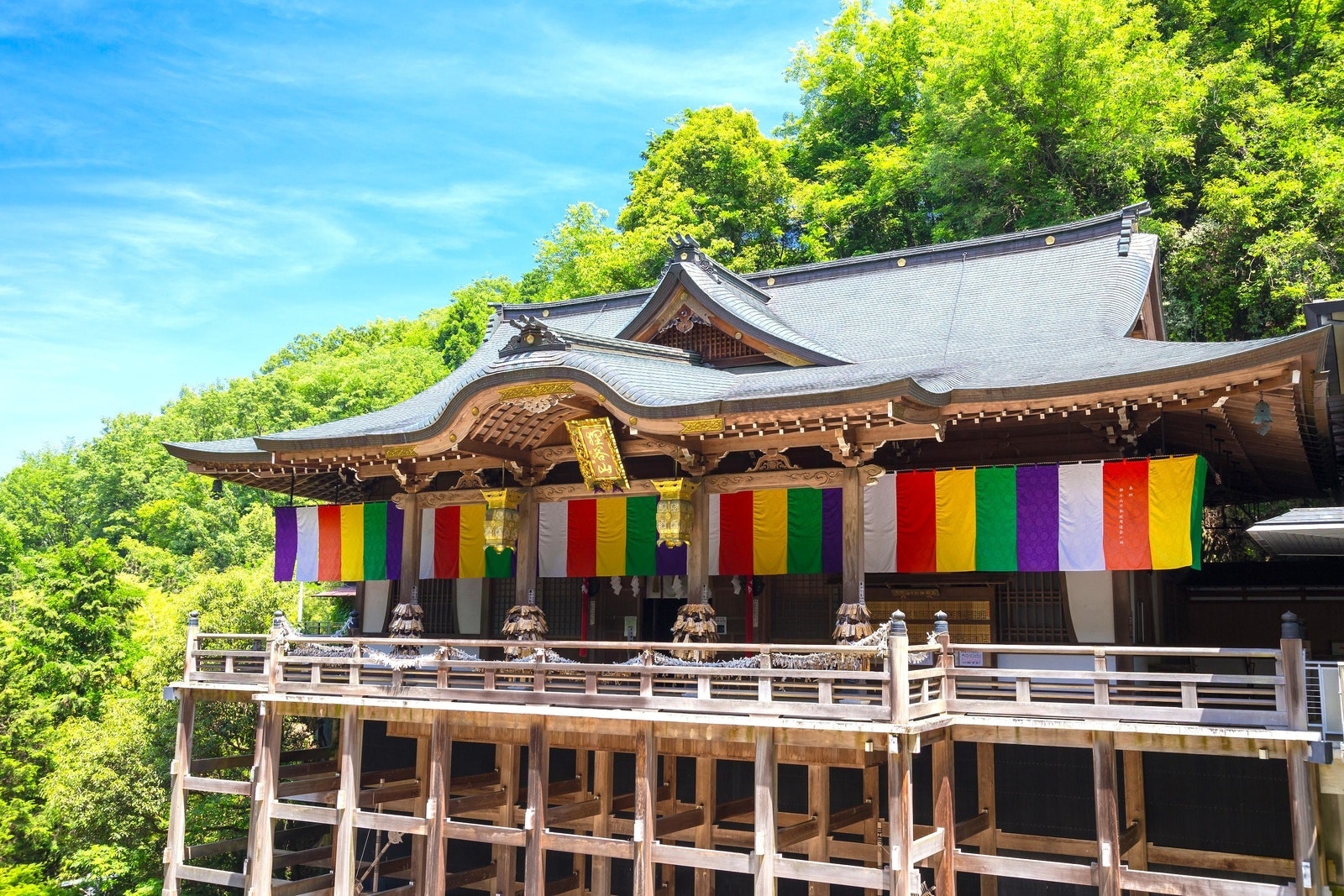 Access to Tanukidanisan Fudoin Temple is 40 minutes from Kyoto South Interchange on Meishin Expressway by car, or 30 minutes from Kyoto East Interchange on Meishin Expressway.
There is a free parking with a lot capacity of 150 cars.
It takes around 50 minutes by local bus from JR East Kyoto Station.
Tanukidanisan Fudoin Temple is located halfway up Mt. Uryuu, behind Shisendo. Locals call it Tanukidanino Gofudosan.

The 250 steps to the temple’s main building are decorated with raccoon dogs made of Shigaraki Pottery . They hold an autumn festival here every November. You can enjoy the beautiful colors of the red and yellow leaves.
Please enjoy the introductory video of the Tanukidani Fudo Myo-o Festivals's 300th anniversary!

The Fudo-in Temple is located in the heart of Ichijoji Temple, a popular tourist area in Kyoto, and is the headquarters of Shugendo, the Shingon Buddhist sect of Buddhism.

It was originally built in 1718 by Mokjuki Shizen Tomonobu on the site where a stone statue of Acala was enshrined as a guardian against demons during the Heian Period (794～1185).
Tanukidanisan Fudoin Temple is famous as a temple where you can pray for traffic safety and to ward off bad luck, such as cancer.

As shown from 1:13 in the video, Tanukidanisan Fudoin Temple is built on the cliff edge.
Its structure is similar to that of Kiyomizudera Temple.
Musashi Miyamoto is said to have used the main building for training. Deep in the mountains, there is still a waterfall called Musashinotaki Falls.
Tanukidanisan Fudoin Temple was opened in 1718, and it celebrated its 300 year anniversary in 2018.

There are many temples with a long history in Kyoto where you can enjoy Japanese history and culture.
The sacred mountain Tanukidani, shown in the video, is one of them.
Many visitors came to commemorate the 300th anniversary of Tanukidani Fudo Myo-O.