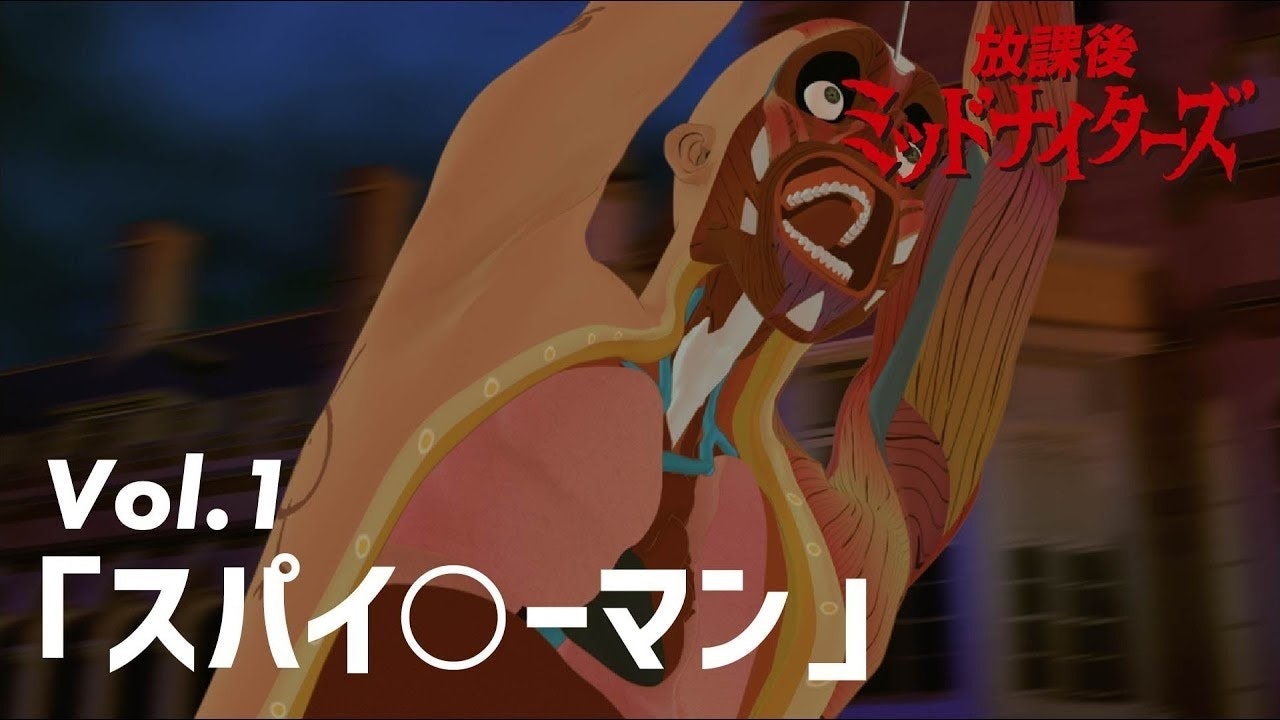 "After School Midnighters," featured in this video, is a Japanese animated feature film directed by Hitoshi Takekiyo released in 2012.
It's a story about three children and their great adventures with human models and skeletal specimens.

After School Midnighters was screened in seven countries around the world.
This video is a spinoff starring the human model and skeletal specimen 'Kyun-sama' and 'Goth.'