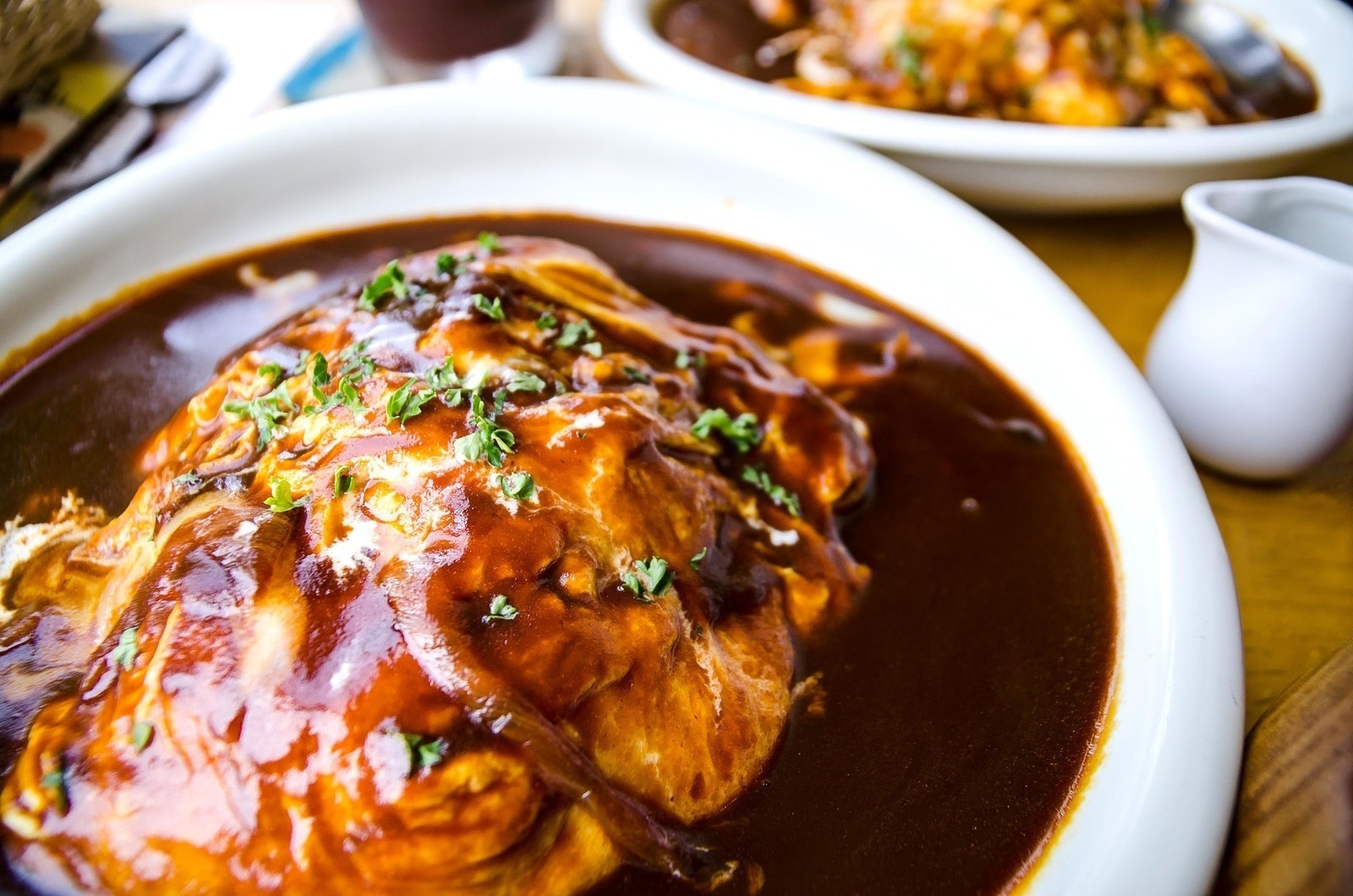 Yokohama Tachibanatei, located in Yokohama Red Brick Warehouse and Cubic Plaza Shin-Yokohama in Yokohama City, Kanagawa Prefecture, is a famous restaurant where you can enjoy authentic Western dishes in Japan and whose most popular dish is its omurice.
It’s always crowded during lunch, and its artistically-made omurice is enjoyed not just by the Japanese, but by foreigners as well.

The key to its popularity is not just its aesthetic beauty, but also the fact that you can watch the live performance of the omurice being cooked, as this video introduces.

In fact, omurice is said to be a Japanese dish made in Japan and its recipes and ingredients differ from restaurant to restaurant.
However, this omurice “Omurice of a Western Food Restaurant” uses a recipe where a runny half-cooked egg is placed on the top of some chicken rice.
In this video, you can see the amazing performances of the omurice-professionals of Yokohama Tachibanatei, a source of pride for Japan.

The key to making the chicken rice, which will become the foundation of the omurice, is to stir-fry it with lots of butter and to make use of the savory flavor of the sauce and ketchup!

While stir-frying the rice on a pan with hot butter, you add the first sauce (0:37).
After adjusting the flavor with some salt and pepper and then giving it a mix, you add the second sauce at (1:13).
Their ability to shake the frying pan without dropping a single piece of rice is truly the skill of a professional.

The cooking process of the omelette that will be placed on top of the chicken rice begins at 2:28.
You make the runny half-cooked eggs by putting a generous amount of mixed eggs in a pan with hot butter and then adjusting the intensity of the heat while finely shaking the chopsticks and the pan.

This is the biggest highlight of this video!
When the cooked egg flies through the air and lands on the chicken rice, the omelette splits beautifully, showing its fluffy, runny insides!
This amazing cooking skill, that separates the amateurs from the pros, will make you go wild.
You can see this from 3:21 in the video.

If you want to carefully observe the omelette being placed on the chicken rice, we recommend watching the slowed-down version from 3:25.

“Yokohama Tachibanatei,” is a Western restaurant where you can enjoy not just the delicious omurice made with a special recipe, but also the incredible professional skills of the cooks.
An original demi-glace sauce full of savory deliciousness is poured over the omurice, and you you'll be filled with satisfaction for the mere price of 880 yen (~$8 USD).

Yokohama Tachibanatei, the restaurant introduced in this video, is located in Yokohama Red Brick Warehouse, which is overflowing with diverse foreign cultures, gives the feeling of being inside a Western-style house, and is a popular restaurant highly rated on gourmet websites.
In addition to the omurice, the menu also has dishes such as cutlet sandwiches and curry rice.
In the Shin-yokohama restaurant, you can also get some take-out dishes such as tonkatsu bento (pork cutlet lunchbox).

It’s a popular restaurant, so you may need to reserve some seats depending on the time you visit, but please visit the restaurant and enjoy the delicious taste of the omurice and the amazing cooking skills that you can watch live, both the pride and joy of Japan!