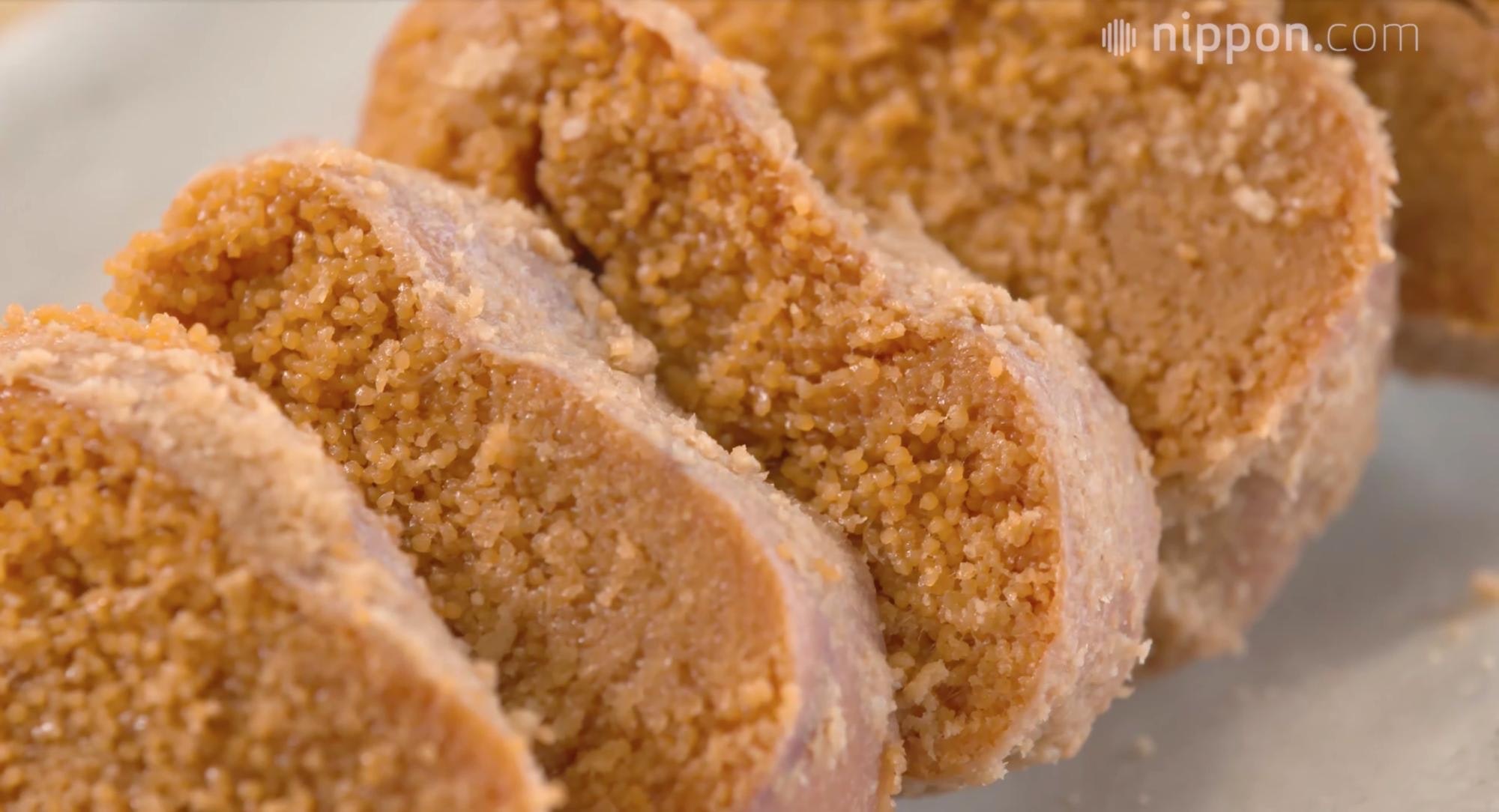 Pufferfish contains a highly lethal dose of a poison called "tetrodotoxin" in its ovaries and liver.
However, in Hakusan, Ishikawa and the Kanaishi District and Ono District of Kanazawa, there is a delicacy called "Fugu Nukazuke" (Pufferfish Nukazuke) which is eaten by fermenting the dangerous blowfish ovary for more than 2 years.

It is only in this area of Ishikawa prefecture in Japan that the ovary of the pufferfish, which is prohibited by the Food Sanitation Law, is used as food.
The ingredient used is Takifugu stictonotus ("Goma Fugu" in Japanese), which has particularly large ovaries and is good for eating.
This can be seen from 0:09 in the video.
The ovaries of Goma Fugu contain tetrodotoxin. But how do we get rid of this poison?
The secret lies in the processing of the Pufferfish Nukazuke.
Be sure to follow along with the video as you read this article!

How the Delicacy, Pufferfish Nukazuke, Is Made

To pickle puffer fish, raw ovaries taken from the Goma Fugu are spread in a 1000 liter container and soaked in salt water with a concentration of 30%, for 1-1.5 years.
The sodium contained in the salt has a dehydrating effect, and the water inside the ovaries becomes mostly depleted causing them to harden.
From here, the ovaries are soaked in a fermented rice bran bed containing rice koji and chili peppers.
At this time, they cover the ovaries with a wooden lid so that they do not come into contact with the air, and place a heavy stone on the lid.
Then, in order to prevent oxidation, a kind of fish sauce stock called "Ishiru," made from sardines, is poured into the edge of the barrel.

The tissue samples of the ovaries that have been soaked in fermented rice bran for six months to a year in this way are collected, and after the tetrodotoxin test results, they are shipped as commercial products if they are judged to have no effect on the human body.

In the video, you can see the cook handling the Goma Fugu and removing the ovaries at 0:14.
You can see how they're arranged and laid neatly in a huge container from 0:26 in the video.
The finished Pufferfish Nukazuke, taken out of the fermented rice bran bed, is shown in the video from 1:11.

Nukazuke is a traditional Japanese fermentation technique, but the scientific evidence for detoxifying lethal toxins such as tetrodotoxin has not been established.
However, it is thought that tetrodotoxin may be broken down via the action of microorganisms and lactic acid bacteria that are born during the fermentation process.
Since the time when medicine and science were still underdeveloped, the raw ovaries of the highly poisonous Goma Fugu were carefully fermented over a period of more than two years to transform them into harmless luxury foods.
The depth of the history of some Japanese cultures is quite astonishing.