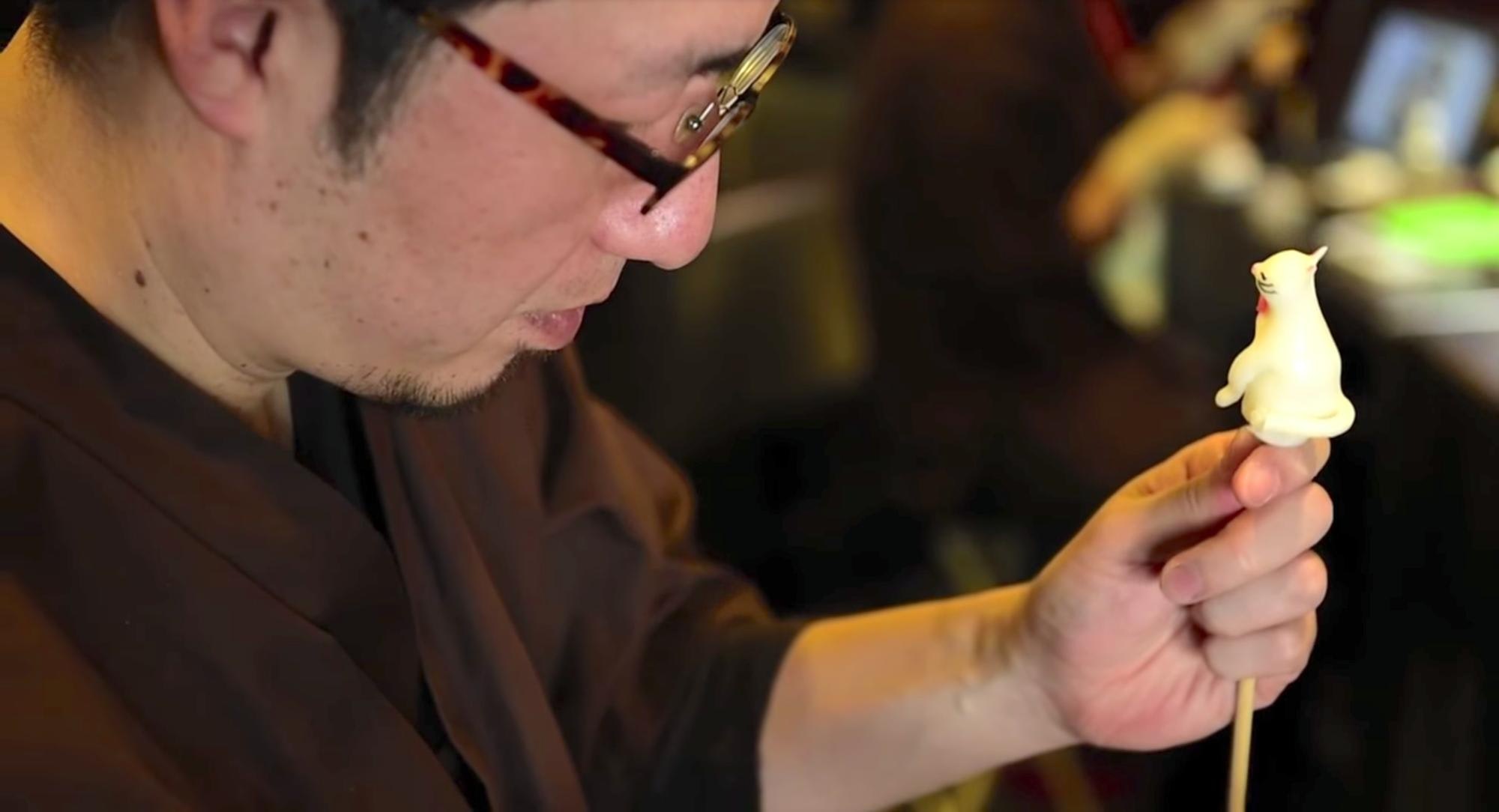 The method for making Amezaiku is laid out in the short video.
It's not subbed, but don't worry.
The description given in this article will help you understand it, and we'll also explain its history as a popular street performance in Japan during the Edo period(1603-1868 A.D.).

An artisan shop in Tokyo specializing in Amezaiku, "Amezaiku Yoshihara" draws even international attention.
Not only the demonstrate sales, Yoshihara offers some enjoyable workshops designed to make us get familiar to the traditional art of candy sculpting.

Amezaiku - From the Edo Period to the Present

Amezaiku is mentioned in the old texts written during the Edo period. In the old days, Amezaiku artists were selling it on the streets or at festivals.
This vestige is still seen today, demonstrated in the sale of Amezaiku at festivals or cultural events, which is commonplace in Japan. Mystical animals or flowers shaped by the artists' hands are particularly entertaining, especially among children.

Yoshihara is committed not only to passing on the traditional art, but also to the tastes and qualities of the treats.

How to Shape Candy Into a Maneki-neko (Beckoning Cat)

Amezaiku involves many steps but the whole process is done by hand.

1. The candy base is boiled until it becomes soft, then kneaded and pulled so as to have the proper appearance. (0:05-)
2. The candy ball is then formed into a ball and mounted on a stick (0:56-)

3. Using their hands or other tools, the candy ball is then shaped into a cat. This sculpting step should be completed within 3 minutes before the candy cools and hardens again. (1:12-)
4. Heat is then applied using a burner to attach the tiny decorative heart to the cat. (2:06)

"Amezaiku Yoshihara" opened in 2008 as the first shop in Japan dedicated to Amezaiku.
The popular products such as rabbits, pandas, owls or shiba dogs are also available on their online shop.

The price range of these miniature edible craftworks is from 700-1000 yen.
How about getting some as a souvenir?

they've got more than just ready-made candies as well. You can also pick from their catalogue and the candy maker will make it for you. It is also possible to hire them to demonstrate sales at festivals or events.

Summary of the Amezaiku Demonstration Video

In the video, an Amezaiku artist sculpts a Beckoning Cat with expert speed while giving a sales talk.
Such conversations are also a part of the entertainment.

Watch the video to learn the Japanese candy sculpting process !