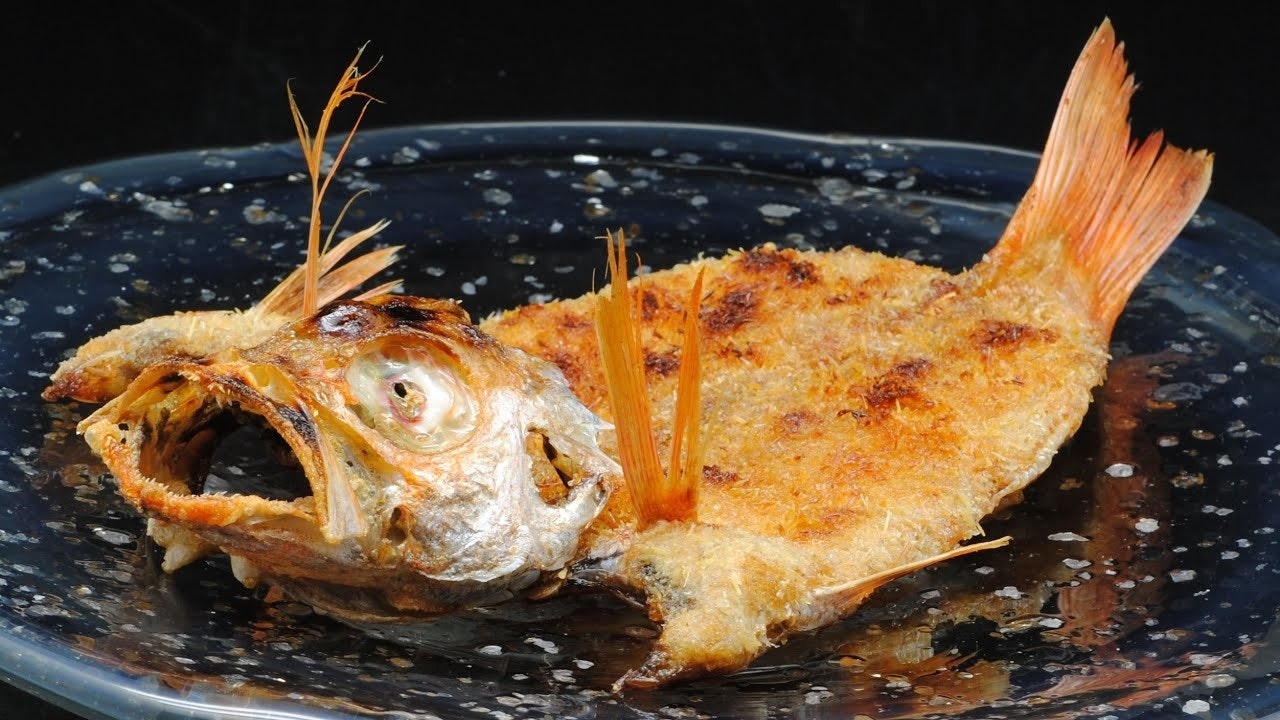 Chef Seiji Yamamoto of RyuGin, a Japanese restaurant in Roppongi, presents his artistic fish dish, Ryurin, at the World Culinary Summit in Spain.
Check out the masterful cuisine prepared in the video!

RyuGin's Chef Seiji Yamamoto uses blackthroat seaperch, which is fatty and juicy, with even its bones and scales being edible.
Blackthroat seaperch, called "akamutsu" (赤むつ) in Japanese, is also called "nodoguro" (のどぐろ, lit. black throat) in Japanese, due to its black mouth, and is the finest seafood available from the Sea of Japan.
Bringing out the flavor of the ingredients with simple cooking methods, such as frying and grilling, shows the artisanal techniques of Japanese cuisine.

Chef Yamamoto has analyzed the traditional Japanese method of cooking dried fish over open flame and has incorporated umami by drying and maturing ingredients to create the pinnacle of Japanese cuisine.
At 0:26 in the video, you can see the fish being neatly scaled, and at 0:58, filleted with the utmost precision.
After the fish is dried, it's fried in oil.
This can be seen at 12:47 in the video, and the finished product is shown at 14:50.

Learn How to Make This Delicious Traditional Dish

In this article, we introduced you to the artisanal skills of chef Seiji Yamamoto at the Japanese restaurant RyuGin, who made the beautiful dish Ryurin using blackthroat seaperch.
You can enjoy artistic masterpieces like the one shown in the video at the many fine dining restaurants in Japan.
When you go to a Japanese restaurant be sure to go over the menu and find what's right for you.
You're sure to enjoy a great meal with lots of delicious local ingredients!