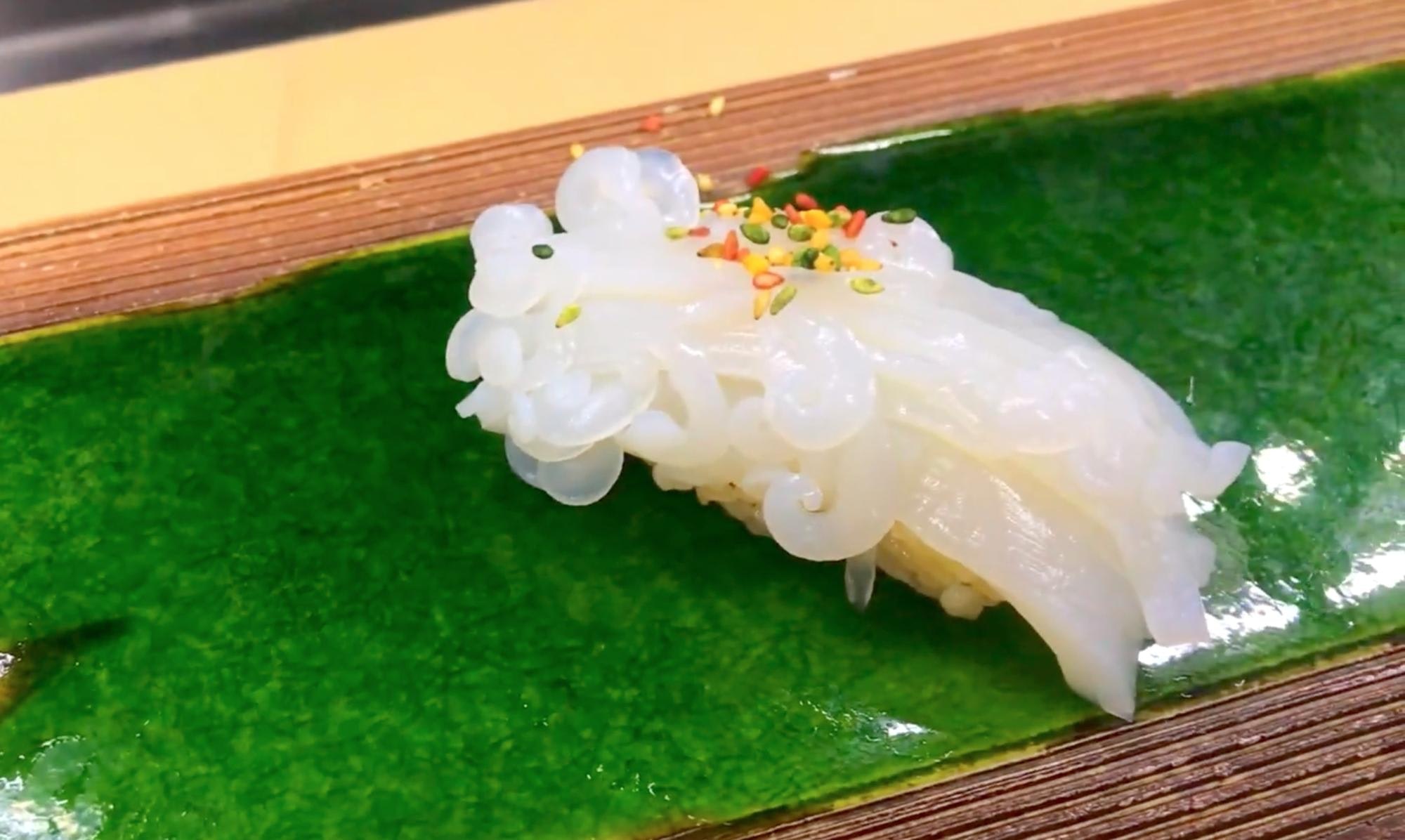 This video shows you how to make decorative cuttings with squid.
Squid that has been cut using this method not only looks great, but also has great texture.
The simple white cuttlefish is one of the most common ingredients in nigiri-zushi, and the direction in which the knife is inserted will give you a different image of the finished product.
In this video, they cut the squid from the top and from there they lay the knife down on the surface and cut into the strips diagonally.
After that, they pour boiling water over the cut squid and put it in ice water to make a nice pattern.
At the end of the video, they have nigiri sushi with the decorated squid!