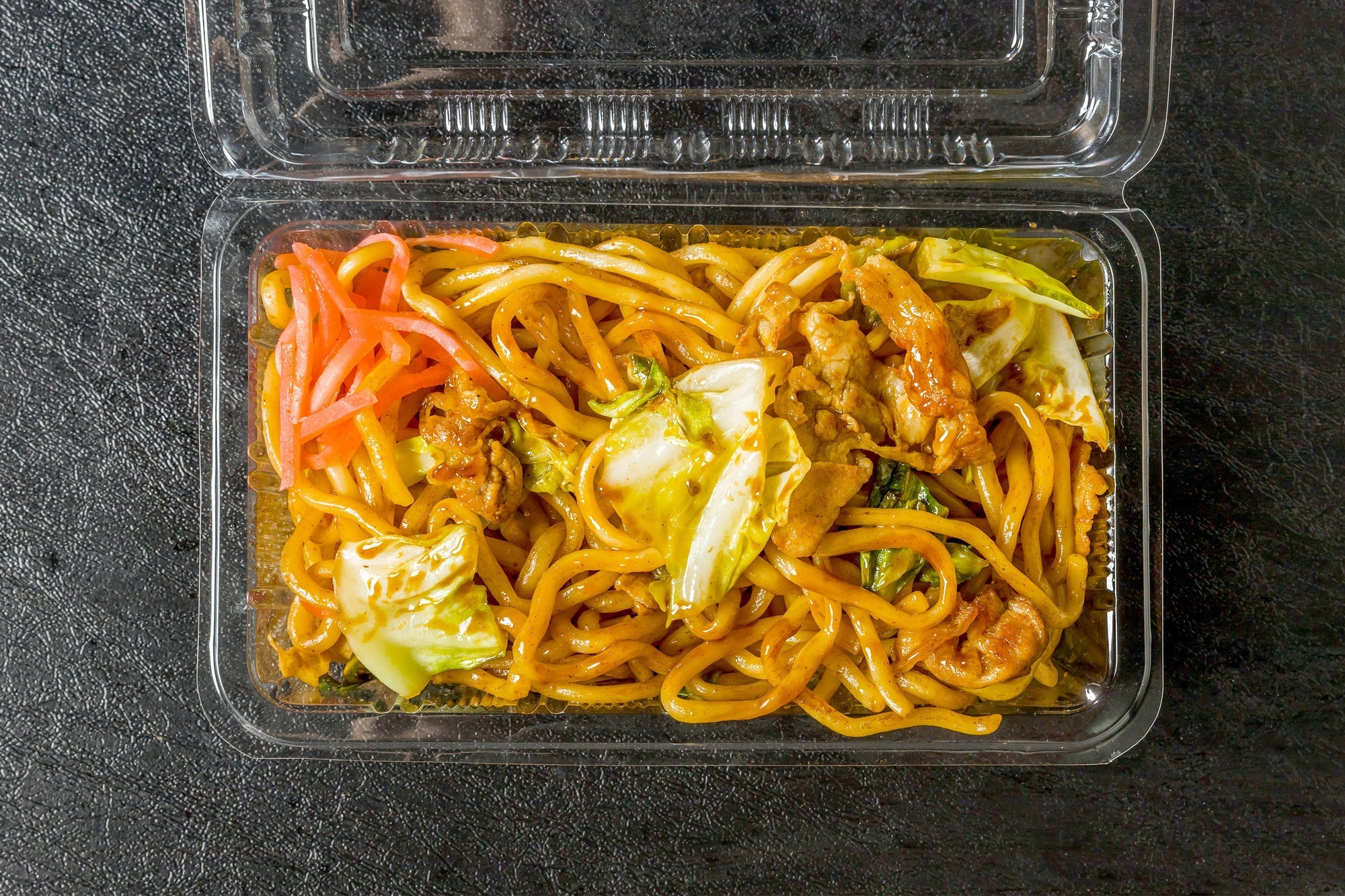 In the video, the yakisoba chef works quickly to prepare a huge amount of yakisoba, an amazing feat that you'd be hard pressed to imitate.
Check out the amazing skills in the video!

How Delicious Festival Yakisoba is Made!

Yakisoba is a popular food that is relatively easy to make at home.
Prepare some Chinese noodles and cabbage, throw it into an oiled pan, add water and fry it up.

After stir-frying the noodles, season with yakisoba sauce.
We recommend trying it with some mayonnaise or adding pickled ginger on the side, two authentic ways of serving it in Japan.
Yakisoba sold at Japanese food stands are generally sold in small plastic containers, as shown at 3:38 in the video.

What is the charm of the yakisoba stand that is shown in the video?

Of course, homemade yakisoba is delicious, but there's just something about the yakisoba at festivals that will have you coming back for more.
The food stands found at festivals across Japan use plenty of ingredients, and season them all at once with tasty seasonings.

Making a lot of yakisoba at once is a lot of work, especially when doing it for hours on end.
As a staple food of festivals, yakisoba can be purchased at a reasonable price, generally costing around 200 to 500 yen, depending on the area.

There are many different recipes for yakisoba, so try cooking it at home or if you're in Japan, be sure to visit a specialty store.
Yakisoba sanwiches with yakisoba sandwiched between a hotdog bun is popular as a light snack that anyone can enjoy.
There are also local recipes from different regions of Japan, such as omusoba and sobameshi.

Yakisoba can be seasoned in a number of ways.
In addition to yakisoba sauce, there's also yakisoba made with Worcestershire sauce, soy sauce and oyster sauce, salt and pepper, and even miso.

The video introduced in this article shows how large amounts of yakisoba is made at festivals in Japan.
It's quite impressive, and if you haven't eaten yet, it might just have you in the mood for some tasty noodles!
Be sure to try some delicious yakisoba when visiting any of Japan's exciting festivals.