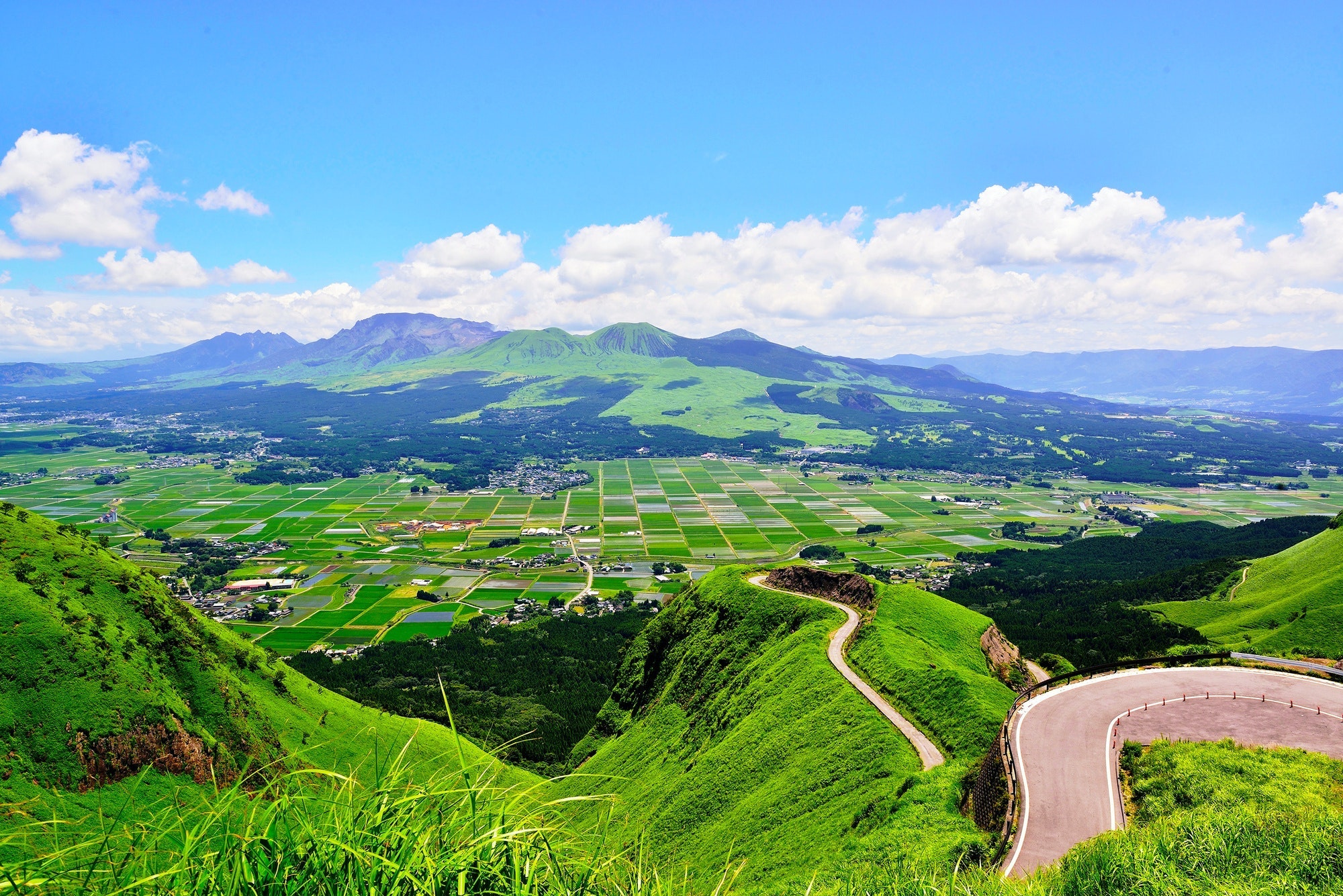 This video, titled “Best Views of Japan – Unexplored｜Searching for Laputa in Aso, Only To Find That Aso Is Laputa!” (日本一の絶景 秘境  ラピュタの道を阿蘇に探しに行ったら、阿蘇の全てがラピュタだった), was released by “Drone RangerMiura.”
It introduces the beautiful summer scenery of Aso, Kumamoto Prefecture, in Japan’s Kyushu region.

The scenery of Aso Gogaku (阿蘇五岳, The Five Peaks of Mt. Aso), shot via drone, looks just like the world of the Studio Ghibli movie "Laputa: Castle in the Sky."
In the Aso area, there are sightseeing spots called "Laputa Road" (ラピュタの道) and "Laputa Modoki" (ラピュタもどき), which have been attracting attention from people who enjoy going on casual drives to enjoy scenic locations.

A Look at Laputa Road, Shown in the Video

The official name of “Laputa Road” is “Aso City Road Kario Main Line” (阿蘇市道狩尾幹線).
From Prefectural Road 149 to Prefectural Road 339 (a.k.a. Milk Road), which runs over the outer rim of the mountain, a mysterious phenomenon creates a sea of clouds, allowing for breathtaking views.

At 0:33 in the video, cows and horses are shown, and at 1:05, a beautiful waterfall can be seen.
In the Aso area, you can go for a walk and discover the unexplored natural scenery, as well as enjoy activities, such as horseback riding and stargazing.

Popular Spots in the Aso Area Introduced in the Video

There are many spots in the Aso area where you can enjoy superb scenery, such as the Laputa Road Observatory and the Daikanbo Lookout (大観峰展望台) on Daikanbo, one of the peaks of the Northern Outer Rim of Mt. Aso.
If you visit the Aso area to view the scenery, be sure to stop by the observatory!

There are also many park facilities, such as the Oku-Aso Fruit Garden (奥あそフルーツガーデン), Rakunoh Mother's Aso Milk Ranch (阿蘇ミルク牧場), and Aso Farmland (阿蘇ファームランド).
Be sure to check out Aso Shrine (阿蘇神社) as well!

Points To Note When Sightseeing in the Aso Area

In the Aso area, there are many places of interest, such as the Nanatsugama Caves in Saga Prefecture's Karatsu, which is designated as a national natural monument, and Kusasenrigahama.
However, due to risk of eruption, the area around the crater has been placed on alert and entry is now restricted.

The 2016 Kumamoto earthquakes also caused some road closures in the Aso area.
When visiting Aso, be sure to pay attention to observation information and alerts/warnings.

Summary of the Aso Area

Aso is one of the most popular tourist spots in the Kyushu area thanks to the natural beauty of the mountains and sea.

If you're looking to experience what it's like to be in the world of "Castle in the Sky," then you should definitely drop by Aso for a visit!