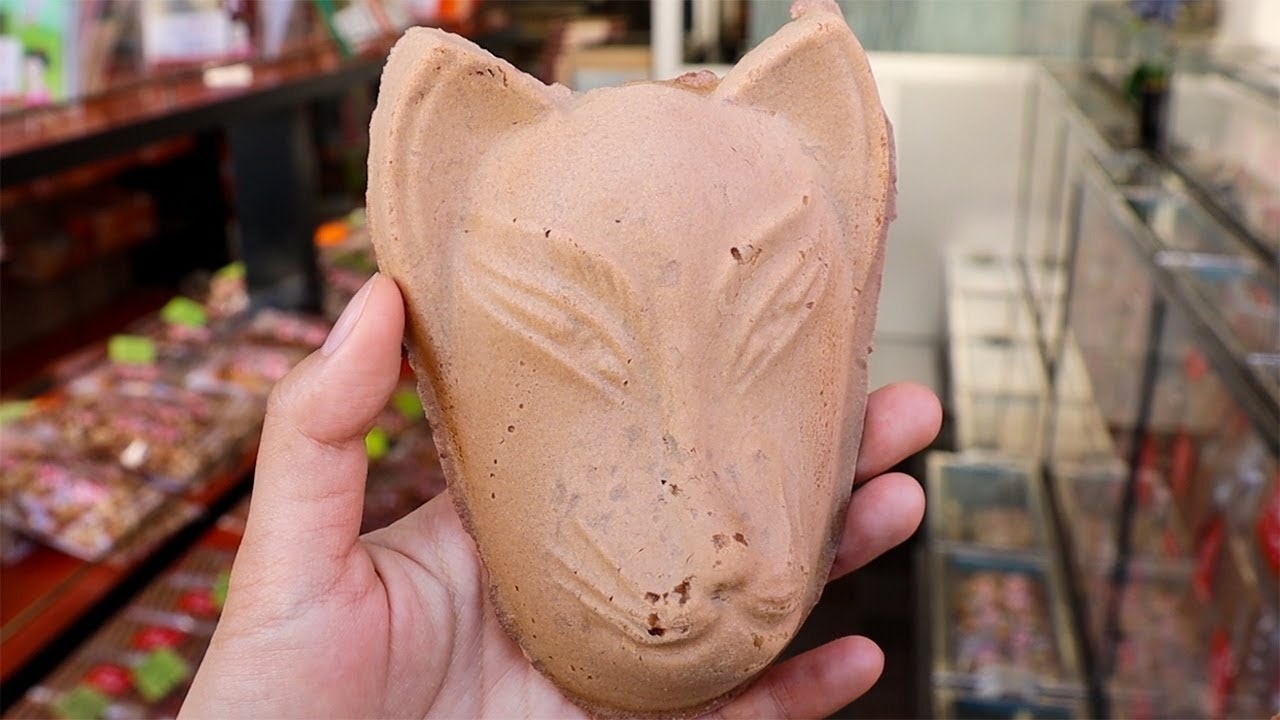 There are a number of popular stores near Fushimi Inari Shrine in Fushimi Ward, Kyoto City.
Among them, the famous Kitsune Senbei from Inariya, introduced in the video, are ideal for both eating as a snack and taking home as a souvenir.
In the video, you can see how these fox-shaped rice crackers are made.
Check it out!

These Kitsune senbei rice crackers are characterized by the fact that they are carefully hand-baked, one sheet at a time, using traditional ingredients.
The dough is made by mixing white miso, sesame seeds, and sugar with flour and then baking the rice crackers until they’ve got an addictive, crispy and crunchy texture.
You can see the deliciously baked Kitsune Senbei from 2:07 in the video.

Kitsune Senbei have won the Kyoto Prefecture Outstanding Craftsmanship Award, as well as the Gold Medal and the Honorary President's Award at the National Confectionary Exposition.
The packaging of Inariya's Kitsune Senbei rick crackers is also worth noting as it features impactful illustrations.
Inariya's fortune crackers also include a fortune slip that can be exchanged for a souvenir!
Chinese and English versions are also available, so foreign tourists can purchase them without having to worry about not understanding them.

Fushimi Inari Shrine is a popular spot that ranks first on the list of popular tourist attractions for inbound tourists to Japan.
Fushimi Inari Shrine is the headquarters of more than 30,000 Inari shrines in Japan, and the shrine is dedicated to the god of good harvests, offering many benefits, such as prosperous business, etc.

The shrine is also the site of seasonal events, such as the Hatsuuma Grand Festival "Fukumairi," as well as the fantastic Yoimiya and Motomiya Festivals, both of which feature lantern dedications.

This video gives an introduction to how the popular snack/souvenir, Kitsune Senbei, are made, so be sure to check it out!

Inariya's Kitsune Senbei rice crackers are not available for purchase online, but can be purchased at Kyoto Station as well as at stores near Fushimi Inari Shrine.
We recommend stopping by Kyoto Station to purchase some as souvenirs!